1,000 people turn out for funeral of six unknown Auschwitz victims including a child after an appeal for mourners in first funeral of victims from the concentration camp in the UK

The remains of six unknown Jews murdered in Auschwitz will be interred at a Jewish cemetery on Sunday morning after spending decades in a museum archive.

London’s Imperial War Museum (IWM) made the decision to return them to the Jewish community after a stocktake of its Holocaust material last year.

The ashes and bone fragments were buried at the United Synagogue’s New Cemetery in Bushey, Hertfordshire, at 11am.

Coffin with remains of six unknown Jews murdered at Auschwitz, is buried at United Synagogue’s New Cemetery in Bushey

They were originally sent to IWM from Auschwitz in 1997 with a number of other items relating to the Holocaust.

The museum had the ashes scientifically examined and discovered they were those of five adults and a child.

They were buried in a coffin with earth from Israel. 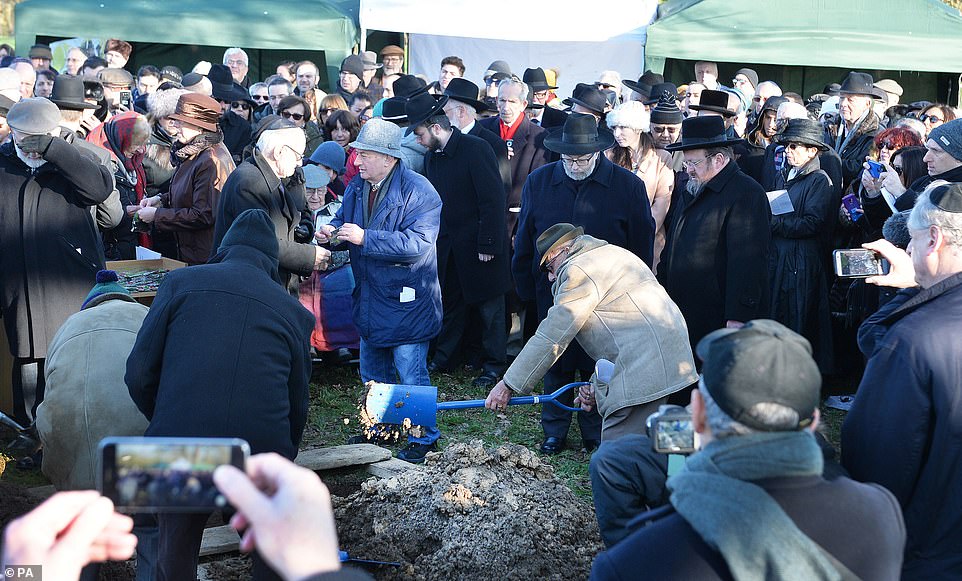 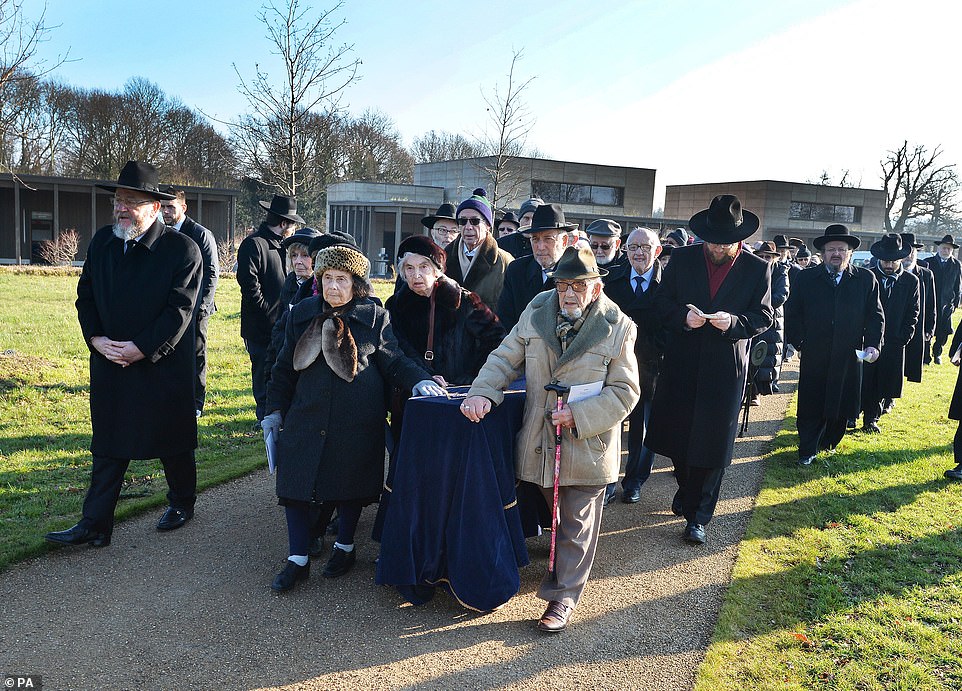 Chief Rabbi Ephraim Mirvis, who conducted the service, said in an interview with BBC Radio 4: ‘There hasn’t before been a funeral in the UK of victims of the Holocaust.

‘There’s going to be a very large crowd at the cemetery and there are going to be quite a number of people who are going to be wondering: ‘These six unidentified people – is one of them my father? Perhaps my mother? Grandfather? Grandmother? Sister? Brother?’

‘And that’s because there’s hardly a Jewish family unaffected by the Holocaust, and there were six million individuals who were so brutally murdered and not accorded the dignity of a funeral.’ 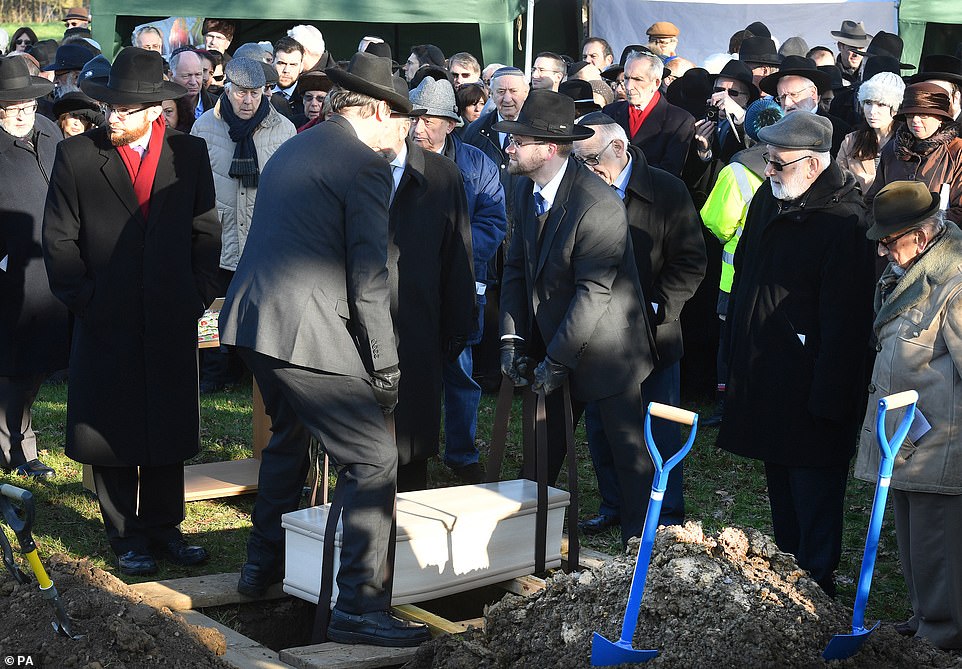 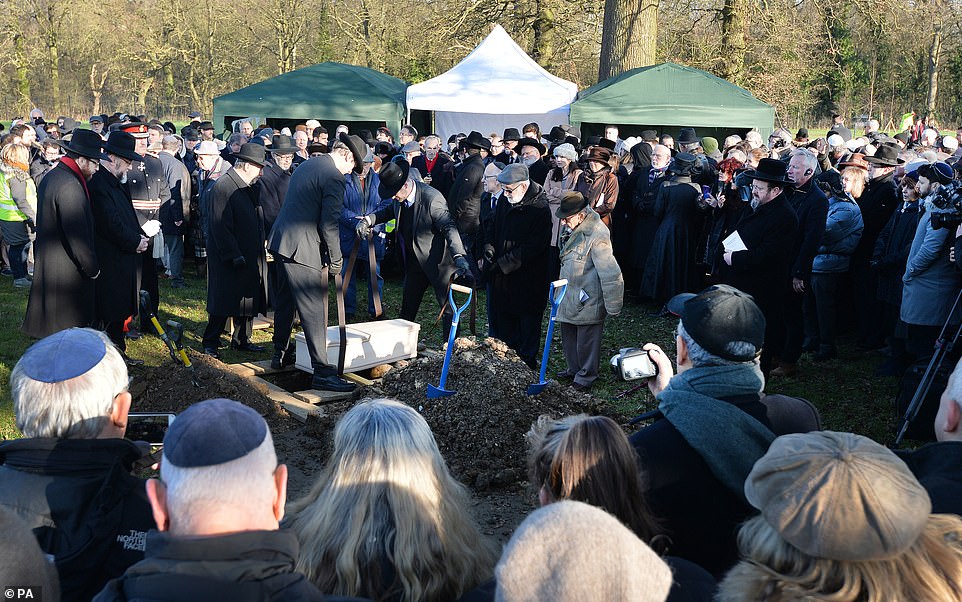 After a stocktaking of its Holocaust material last year, the museum decided that the ash remains should be returned to the Jewish community

He added: ‘I have officiated at so many funerals. Did I ever imagine that the day would come on which I’d officiate at a funeral of victims of the Holocaust? No, never.

‘After all, it’s about 75 years have passed. It’s going to be an enormous privilege and also a responsibility. They were stripped of their dignity, both in life and in death. And we will now have an opportunity to accord them appropriate dignity with a funeral.’

Speaking of the rise of anti-Semitism in recent years in both the UK and around the world, Mr Mirvis said: ‘The souls of those whom we’re burying are crying out to us and everybody around the world – please remember what happened to us at a time when not only did people mercilessly murder us but the world turned their back on us.

‘And therefore where anti-Semitism is flourishing, it has to be checked and combated.’ 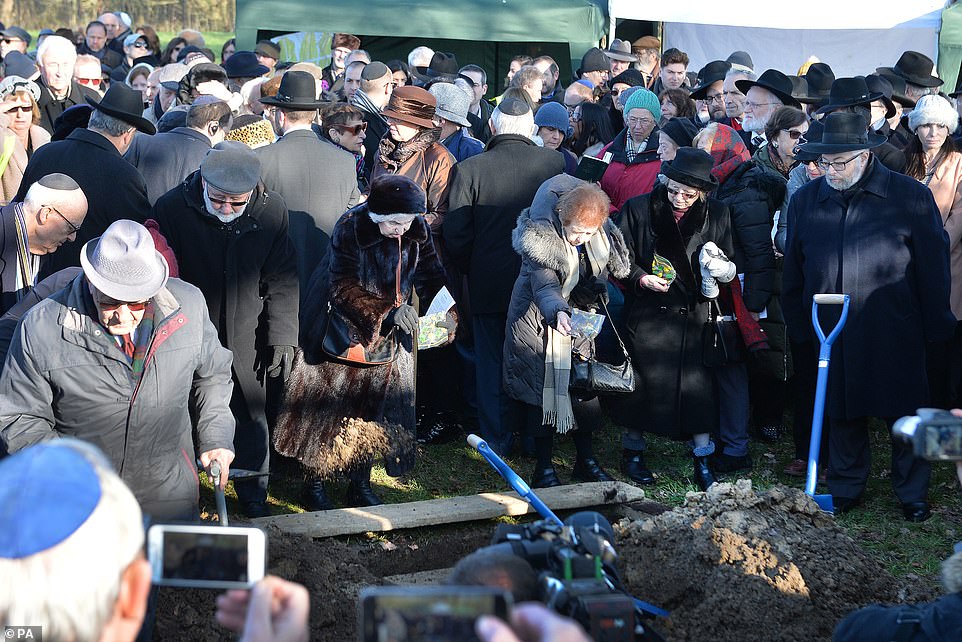 Chief Rabbi Ephraim Mirvis, who conducted the service, said in an interview with BBC Radio 4: ‘There hasn’t before been a funeral in the UK of victims of the Holocaust’ 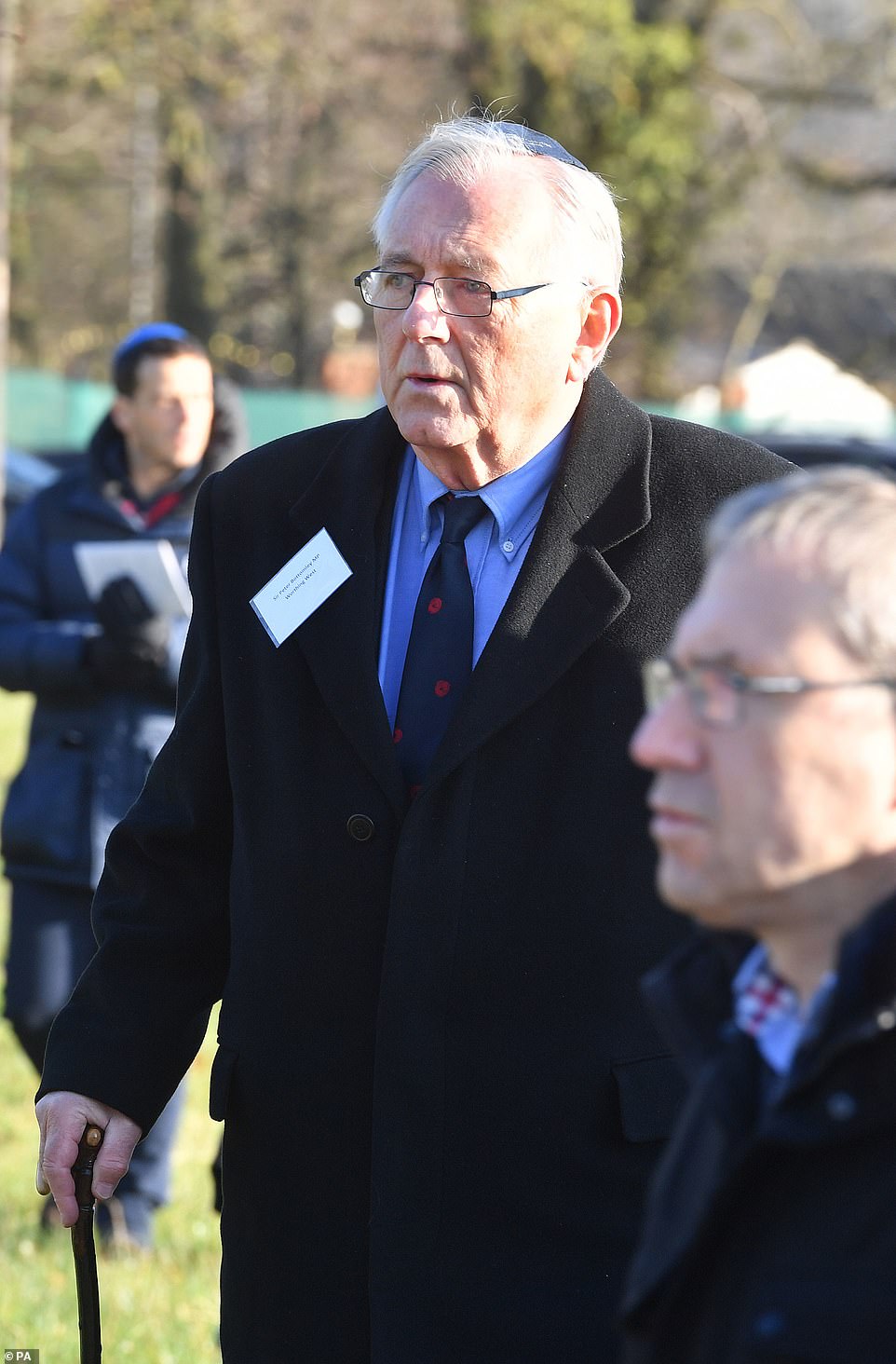