LAS VEGAS (AP) – When Braden Holtby took some time off in February, playing in only nine of the Washington Capitals’ 14 games, he finally had a chance to reflect on aspects of his game.

It might seem easy to say being benched in favor of Philipp Grubauer for the first two games of the postseason ignited Holtby’s standout playoff run. But he credits his midseason reprieve for a revival that pushed him and Washington into the Stanley Cup Final against the Vegas Golden Knights. Game 1 in Monday night.

“It was great to just have a break in February where I could really analyze myself in a game, go to work, kind of get back to those roots and just working as hard as I possibly can to figure out different things of myself and the game,” Holtby said. “This year I think is one of those years where I’ve learned more and soaked in more knowledge than previous years.”

The 28-year-old veteran enters the Final with a 12-6 playoff mark, a 2.04 goals-against average and a .924 save percentage. The Capitals haven’t allowed a goal in 159 minutes, 27 seconds, since Game 5 of the Eastern Conference finals against Tampa Bay – including 157:13 with Holtby on the ice.

Several key members of the Golden Knights are no strangers to Holtby, including general manager George McPhee, goalie coach Dave Prior and defenseman Nate Schmidt, a trio that have been a part of the Capitals organization during their careers. It was Prior who recommended McPhee and company draft Holtby in 2008, when the Capitals made him the second pick of the fourth round (and the 10th goalie taken in the draft).

Holtby said Prior, who has helped Vegas goalie and three-time Stanley Cup champion Marc-Andre Fleury improve aspects of his game this season, taught him ways to analyze his game he would have never thought of.

“He’s obviously one of the best, he helped me a ton,” Holtby said. “He taught me how to practice correctly, how to really analyze my game honestly and grow in different ways. Before, as a young kid, I just thought if you could just work as hard as you can, that’s how you get better. But there’s strategic ways and he was awesome, very calm, very unbiased watching games.”

Schmidt said a common comparison between Holtby and Fleury is easy to see.

“Both guys are very athletic,” Schmidt said. “That’s something I knew about Fleury a little bit, and it’s caused a lot of heartache to me over the years. You see that kind of thing with guys who are never out of a save. That’s what makes both of them special players.”

Holtby’s regular-season numbers (2.99 GAA, .907 save percentage) are a career worst. He said taking time to focus on things he never was able to do during a regular season has helped ease his mind and relieve certain pressures he was putting on himself during games.

“Obviously throughout my career of hockey playing, you know that putting too much pressure on yourself and doing too much is never that good,” Holtby said. “And I got caught up trying to do too much, and it never works too well, and it ended up snowballing.”

Snowballing to the tune of him allowing four or more goals in eight of the 16 games he played during January and February. But over his last eight regular-season appearances in March, he finished 6-2 and never allowed more than three goals. He’s allowed three or fewer goals in 17 of the 18 playoff games he’s played in.

“I’ve learned a lot of valuable things about myself, about the way hockey is now, it’s changed,” Holtby said. “You have to play a little different than in the past with the speed and the way the game is mostly all about offense now. It’s different that way and I think that was one thing I had to learn.” 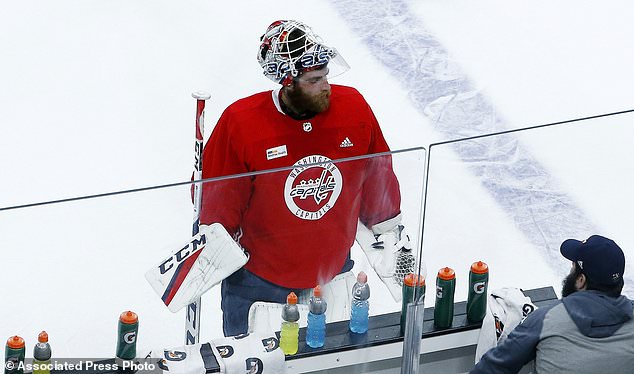 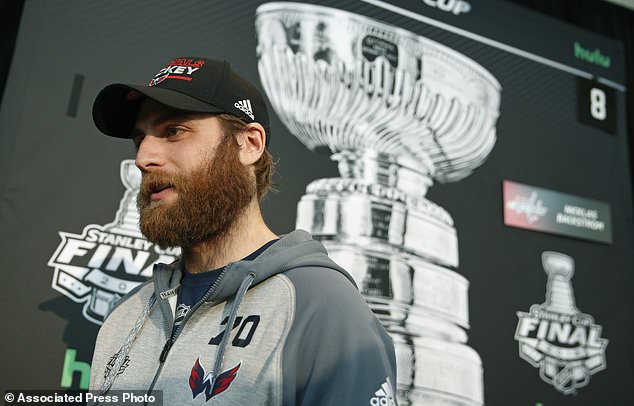