Planing your birth is a necessary step to ensure that everything goes well during the big day.

While some women choose to go to the hospital in order deliver their babies, home birth are experiencing a surge in popularity, according to Private Midwifes, a midwife provider based in Cheshire.

They found that more than half of pregnant women that have contacted them in the last month have inquired about home birth protocols.

According to Liz Halliday, deputy head of midwifery at Private Midwifes, the influence of the Duchess of Sussex, who is expecting her first child in the coming weeks is palpable.

Private Midwifes said they thought Meghan Markle’s (pictured) decision to give birth at Frogmore Cottage – as she is reported to have chosen – has piqued the interest of mothers-to-be. 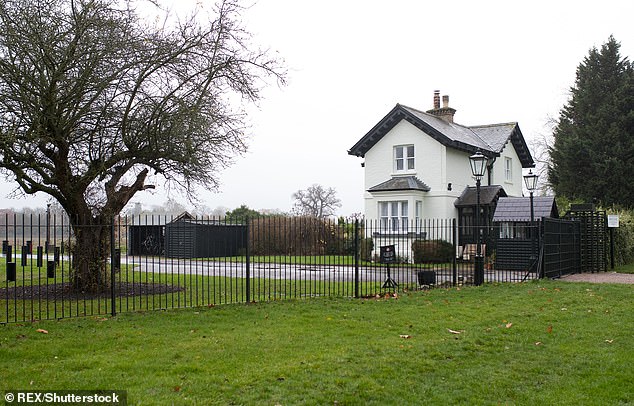 A website that specialises in midwifes bookings said they registered a 40 percent increase in home births since last month. Pictured: The entrance to Frogmore Cottage where Prince Harry and Meghan Duchess of Sussex are living

‘We’re pleased to see that Meghan’s hopes of a home birth have inspired other women to do the same and exercise their right to a birthing experience that is of their own choosing – especially given the often-overlooked benefits associated with home births,’ she said.

‘For most women who don’t have complex clinical needs, being in your own home during labour and birth can significantly increase comfort and reduce stress, making for a smoother birthing process.

‘A home birth typically provides continuity of care as well, as women are attended to by the same midwife during antenatal care, birth and postnatal care.

‘Crucially, studies have also found that home births offer benefits to mother and by including but not limited to decreased rates of interventions in labour, lower rates of instrumental or cesarean birth, lower incidence of perineal trauma, episiotomy and post-partum haemorrhage, increased breastfeeding success rates and increased maternal satisfaction.’ 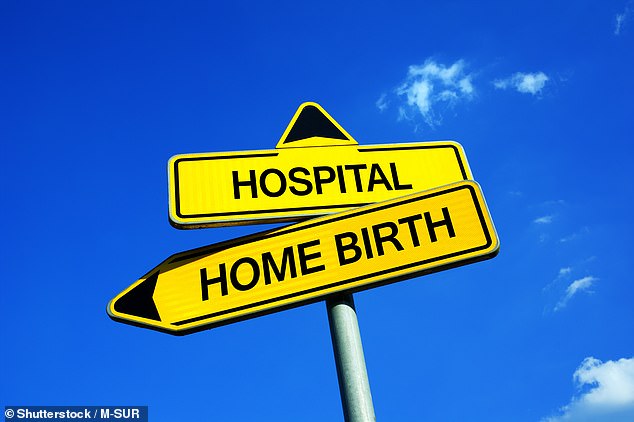 Hospital or home birth? It’s thought Meghan Markle’s own birthing plan as influenced some mothers to stay at home for the big day. Pictured: two signs showing opposite directions to the hospital and home births

Meghan Markle, 37, is rumoured to have chosen a home birth as her birthing plan for Baby Sussex, and is likely to give birth in hers and Prince Harry’s home of Frogmore Cottage, near Windsor.

However, sources stressed that Harry and Meghan, who are expecting their first child within weeks, have not ruled out a hospital delivery because a woman having a baby over the age of 35 is at an increased risk of premature birth or the need for an epidural or caesarean.

If she does go ahead with a home birth, Meghan could give birth without any pain relief at all, but would also have the option of gas and air, a warm bath, a birth pool, TENS (a machine that uses small, electrical impulses to reduce pain and muscle spasms) or relaxation techniques such as hypnobirthing, which Californian Meghan – who very much favours alternative therapies – is believed to have been studying with Harry. 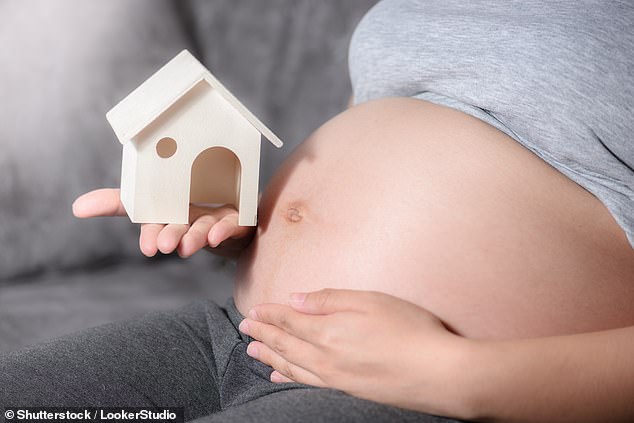 Private Midwives’ deputy head of midwifery Liz Halliday said ‘For most women who don’t have complex clinical needs, being in your own home during labour and birth can significantly increase comfort and reduce stress, making for a smoother birthing process’

It is understood they quickly ruled out the option of using the private Lindo Wing at St Mary’s Hospital, Paddington, like the Duke and Duchess of Cambridge. Kate delivered George, now five, Charlotte, three, and 11-month-old Louis at St Mary’s.

However it is thought Harry and Meghan decided against it because it felt too much like a ‘goldfish bowl’.

Hypnobirthing is described as a complete antenatal education which teaches the expectant mother breathing techniques and self hypnosis for a natural birth, free of pain relief.

The method teaches women how to relax their bodies to reduce pain and avoid releasing adrenaline caused by stress, which can prolong labour.

The method has many celebrity fans including Angelina Jolie, and reportedly Kate Middleton.

The Duchess objected to the idea of standing on the steps of the maternity unit surrounded by the public and the media just hours after the birth, particularly when her child will not be in the direct line of succession.

Last week it emerged the couple had also made clear that they want minimal involvement from the Queen’s household doctors, surgeon gynaecologists Alan Farthing and Guy Thorpe-Beeston, widely considered to be among the best in the business. Sources said suggestions it was a ‘snub’ were ‘wide of the mark’, however.

Opting for a home birth would also explain why there would be minimal need for a consultant, aside from confirming that the baby is fit and healthy.