Hooligan tram surfs on busy Melbourne road to save $2

A teenage boy filmed risking his life by riding on the back of a Melbourne tram on Sunday has claimed he did it to save $2.05 tram fare.

The reckless youth was  spotted clinging to the back of tram 57 as it travelled along Racecourse Road in Melbourne, according to 7 News .

Dressed in black jeans, a black-and-white hoodie and a black shirt, the boy repeatedly ducked below the tram’s back window so as not to be spotted by the driver.

People have taken to Facebook to both criticise and defend the teen, with one person writing that people these days are ‘too uptight’.

‘My dad and his brothers use to hitch a ride on the back of trams in the 1940s,’ a man wrote on Facebook. ‘Now we live in a cotton wool society!’

Another defended the hooligan, writing, ‘It’s not fair to assume things. He could well have swiped his Myki card, and simply wanted an al fresco seat.’ 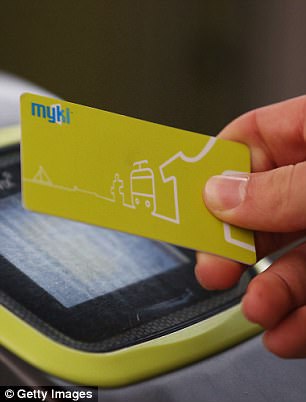 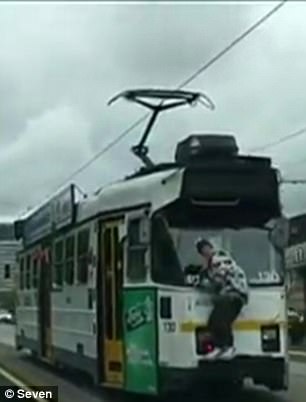