Hospital gown worn by Kurt Cobain at last British Nirvana gig before rock star shot himself goes on sale for £40,000

The hospital gown worn by rock star Kurt Cobain during Nirvana’s final gig in Britain has emerged for sale for £40,000.

The band’s frontman chose the strange outfit to poke fun at media speculation about his wellbeing ahead of their now-famous Reading Festival performance on August 30, 1992.

He was pushed on stage in a wheelchair and pretended to collapse before jumping up and delivering a blistering set considered to be one of the grunge group’s finest.

The performance turned out to be Nirvana’s last in Britain and two years later Cobain committed suicide by shooting himself dead.

The hospital gown worn by rock star Kurt Cobain during Nirvana’s final gig in Britain has emerged for sale for £40,000 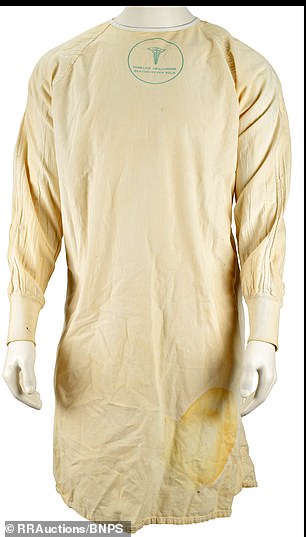 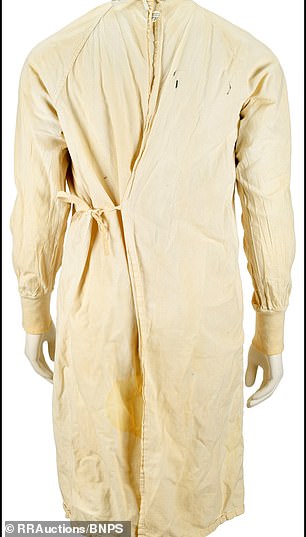 The long sleeve white cotton gown, which is stamped ‘Angelica Healthcare, Rented-Never Sold’, has scattered stains and wear and tear

His partner Courtney Love gave the gown to a shocked fan who had attended a vigil for him.

The fan has kept hold of it for 25 years but has now decided to consign it for sale with US auction house RR Auctions.

The long sleeve white cotton gown, which is stamped ‘Angelica Healthcare, Rented-Never Sold’, has scattered stains and wear and tear.

The vendor, who is not being named, said: ‘A few days after his death, there was a vigil for Cobain at the Seattle Centre.

‘About a dozen of us stayed long after the festivities ended.

‘We sat and listened to music just hanging out among the candles and flowers fans had placed there earlier. 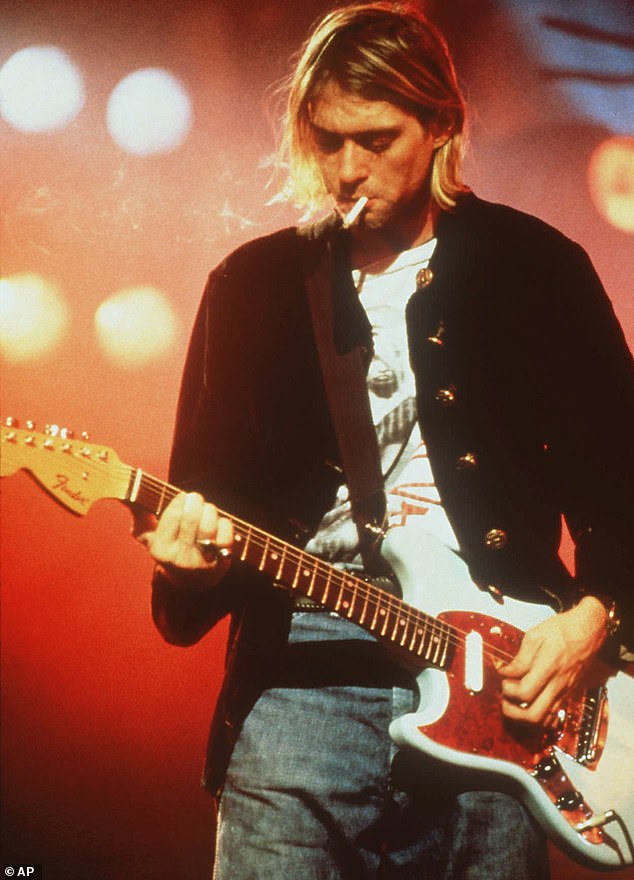 Cobain, the grunge band’s frontman, committed suicide at his home in Seattle in April 1994

‘Late that evening, Courtney Love showed up accompanied by Kat Bjelland of Babes in Toyland with a bag of Kurt’s clothes.

‘She was visibly grief-stricken and proceeded to pass the clothes out while asking trivia about Kurt’s life.

‘She handed me his hospital gown from the Reading Festival performance from 1992. She then cried on my shoulder for a while.

‘I tried to say something reassuring about his love for her and she pushed me away, insisting that he only loved Frances (their daughter).’

Cobain’s ongoing struggles with drugs had dominated headlines in the lead up to the 1992 Reading Festival, with some speculating the band would have to cancel their gig. 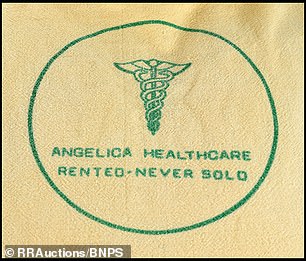 The performance saw Cobain’s bandmates Dave Grohl and Krist Novoselic walk out on stage before the frontman was wheeled out.

After struggling to stand, Cobain warbled a few lyrics from Bette Midler’s ballad ‘The Rose’ before appearing to collapse.

But he then arose and played a 25 song set which cemented Nirvana’s reputation as one of the biggest bands in the world.

An RR Auctions spokesperson said: ‘Worn as a stunt at the 1992 Reading Festival, bestowed later as a parting gift from Courtney Love to our consignor at the Cobain vigil, this iconic and museum-quality piece represents the Nirvana frontman at his finest and most sardonic.

‘He jabbed pointedly at critics and detractors alike while retaining the intensely original showmanship that made him a living legend.

‘This is a truly remarkable rock and roll keepsake offered on the 25th anniversary of Cobain’s death.’