Despite its proud Spanish roots, Iberian car giant SEAT now has a true-blue Briton driving it on.

The firm’s new multi-lingual president Wayne Griffiths, 55, is charged with electrifying and expanding the SEAT and sporty Cupra brands.

Significantly, the UK is SEAT’s third largest market after Germany and its home-market Spain.

As a useful touchstone to help keep things fun, he also enjoys driving his classic red Jaguar E-Type Roadster built in 1966, the year of his birth, out along the Spanish coastline.

And to help keep him grounded, his redoubtable Welsh grandmother Dorothy Griffiths, from Llandudno, now in her 90s and a life-long Daily Mail reader, will be intently scrutinising every line of this report, he informs me. 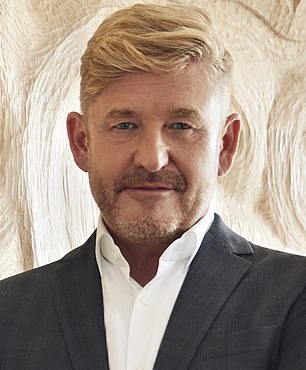 Leading the way: Wayne Griffiths has been appointed president of SEAT

Born in Dukinfield, Greater Manchester, this Englishman with a Welsh name who speaks fluent German has worked for more than three decades within the giant Volkswagen Group — mainly for Audi in Bavaria.

He has been running Spain’s SEAT and sporty Cupra brands from Barcelona since October.

He’s developed an odd accent along the way, too. The Mancunian lilt is still there but overlaid with some German and a lively Spanish twang: ‘I do think in all three languages. But sometimes I get a bit mixed up,’ he said.

A proud grammar school boy who studied at Hyde Grammar in Greater Manchester, Griffiths said Latin lessons and a love of Shakespeare helped his languages.

He worked in the family car dealership before studying international management and German at Leeds University. Age 23, he worked his way up the management pole with Audi in Germany.

Earlier this month, he outlined to the world at SEAT’s online annual press conference exactly where the car firm is heading and how it plans to get there. 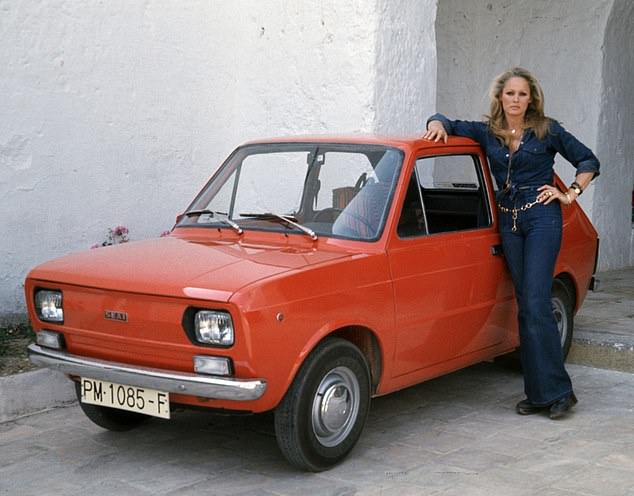 He’s got a lengthy ‘to do’ list — including returning SEAT to profitability in the wake of Covid and an aim to produce more than 500,000 electric cars per year.

He said: ‘Last year was tough. But I’m positive about 2021. This year will be a turning point. We have the best line-up ever and a lot of people are wanting to buy our cars.’

He suspected there would be a post-Covid mini-boom: ‘We’re planning for that. I think the UK will be one of the quickest back because of the vaccinations, the confidence and optimism.’

Last year began with the launch of three new cars: the SEAT Leon, Cupra Leon and Cupra Formentor — all with plug-in hybrid options.

A revamped SEAT Ibiza and Arona arrive this summer with electric models in the pipeline, including the new Tarraco plug-in hybrid.

A major highlight this month, ahead of UK deliveries early next year, will be the first fully electric Cupra, called Born, which promises a 310-mile range, fast-charge to 161 miles in 30 minutes, and is expected to cost around £28,000 after deduction of the £2,500 plug-in car grant.

Griffiths said: ‘It opens up a new era.’It shows electric cars can be fun and sexy. Urban electric cars will make mobility accessible to the masses.’ 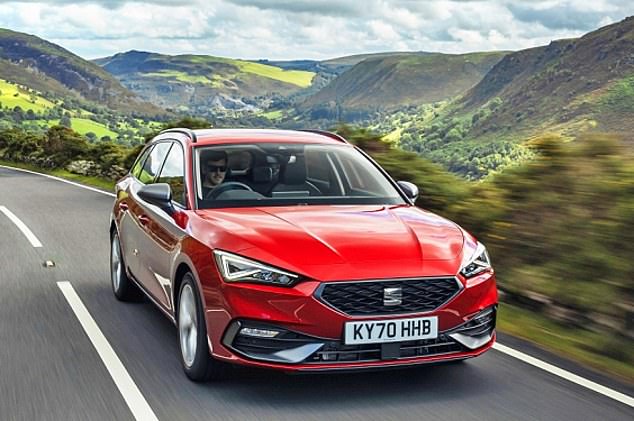 Top seller: A SEAT Leon. Before the pandemic, 2019 was a record-breaking year for SEAT. With 68,800 annual sales (up 9.5 per cent), the UK was SEAT’s third largest market after Germany 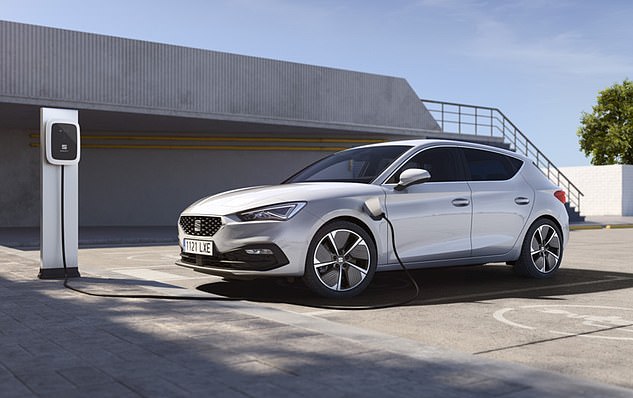 A new Cupra Tavascan electric SUV is confirmed for 2024.

Griffiths began working at Audi AG in Ingolstadt, Bavaria, in 1989. In September 2016 he was appointed SEAT Vice-President for sales and marketing, as well as CEO of Cupra.

Sales went up 40 per cent and SEAT became Europe’s fasting growing car brand, resulting in Griffiths’ appointment as president of SEAT and Cupra.

SEAT was founded 71 years ago as a state-owned car-maker during the Franco dictatorship in Spain, with the first vehicles rolling off the production line in 1953. 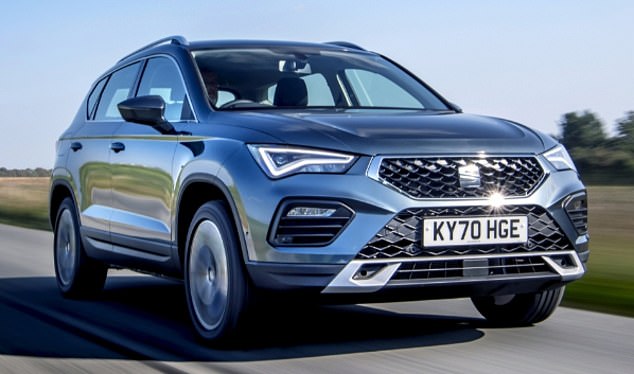 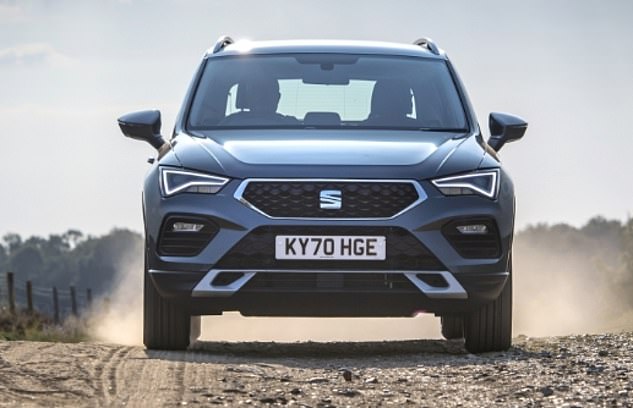 Early cars — including one driven by Bond girl Ursula Andress — were rebadged or re-styled Fiats.

The Spanish government sold SEAT in 1986 to Volkswagen Group. The first sporty SEAT Cupra derivative arrived in 1996. But in 2018, Cupra was launched as a stand-alone brand.

Griffiths says the brand will play an important role in putting the firm back on financial track, with sales set to more than double.

The first ground up Cupra is the Formentor.

Griffiths said: ‘Seventy years ago we put this country on wheels. Our aim now is to put Spain on electric wheels.’ Granny in Wales will be proud.