How a hardworking Aussie couple turned $200 into $690,000 thanks to an INCREDIBLE stroke of luck

A hardworking Aussie couple has managed to achieve the dream of a lifetime by winning a fortune in just one afternoon of punting.

For Joanne and Nic Cataldi, who run a shoe repair shop and live in the confined space at the back of it, one of the pleasures of their life is having a bet.

And if it weren’t for the small print that they had never previously read, their win would have been over $1million.

Nic and Joanne Cataldi (pictured left and right) celebrate their massive $690,000 win on a quaddie bet

Space is so tight in their rented premises that their television is in the same room as their bed.

But that is all about to change. The Cataldis, who have six children between them, will now finally be able to buy their own home.

As the Albany Gallops were held on a Sunday – the only day they’re not at work in Rose Bay Shoe Repairs – they were able to see their dreams come true in real time.

Their phenomenal win is such a rarity, they had more chance of being struck by lightning than winning the exotic bet that requires picking the winners of four races.

When Baronova, at 9/1, lined up in race six, the couple whose weekly betting limit is $200 started making some calculations.

A Quaddie (shortened from Quadrella) is an exotic bet that is very popular with punters.

It requires the bettor to pick the winners of four nominated races.

The bigger the race meeting, the larger the quaddie prize pool is likely to be.

But for the bet to pay off, they needed a fourth win. The final horse in their quaddie was Athlone Castle and it winning would have meant a massive windfall of more than $1million.

The horse, named after a castle in the Irish midlands and ridden by an apprentice, was 8.5/1 – not the most likely horse to make dreams come true.

Though boxed in at first, it made a break for it in the open and, to the utterly shocked joy of the couple, it won.

‘We don’t have much,’ an emotional Mrs Cataldi said. ‘We work hard, we’ve got our business.’

Her husband said ‘All we want is just a house that’s ours, or a unit, and that’s it. And we got it.’

But then they discovered there were some complications in the fine print.

The Cataldis thought they were about to become millionaires, but their betting agent Ladbrokes did not pay out all of the winnings they thought they were due, because it has rules on just how lucky a punter is allowed to get. 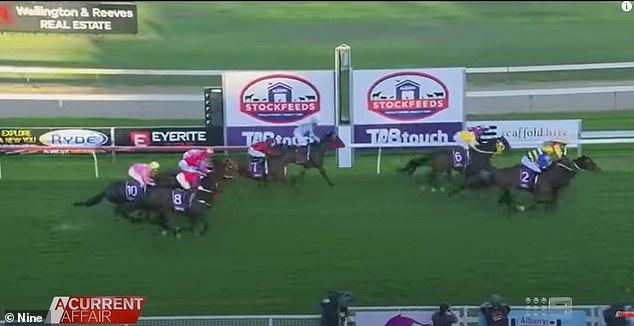 When Athlone Castle (pictured front) won in Albany, it made the dreams of a couple 4,000km away come true

‘They’ve got terms and conditions which I didn’t know about,’ said Mr Cataldi.

‘Of course I’d like the extra money, everyone would, but then again I look at what I’ve got and … we’re pretty happy.’

For decades, the humble couple had always believed that eventually their luck would be in.

‘One of these weeks, you will win, and we proved it. It can happen. I mean, I had to wait 45 years, but we got there,’ said Mr Cataldi.

Daily Mail Australia has contacted Ladbrokes seeking comment for this story, but has not yet heard back from the company. 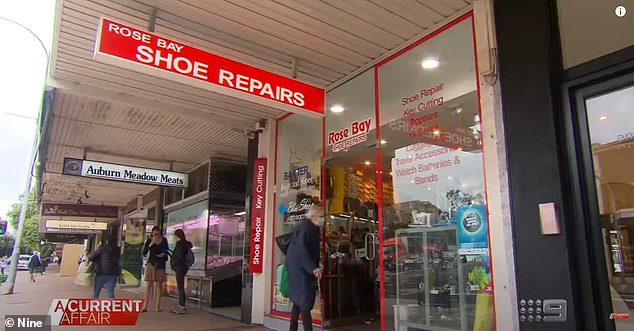 Joanne and Nic Cataldi are still running their shoe repair business (pictured) in the Sydney suburb of Rose Bay, despite a massive win on a quaddie bet