Madeleine McCann was just three years old when she was taken from her bed during a family holiday in Portugal 13 years ago.

More than a decade after she disappeared from Praia da Luz on May 3, 2007, police have revealed a 43-year-old German prisoner has been identified as a suspect.

From 2007 until now millions of pounds has been poured by successive governments into a Metropolitan Police investigation.

Four months after she went missing Madeleine’s parents Kate and Gerry McCann were made suspects by Spanish police and the couple have faced a barrage of abuse ever since, despite being removed as suspects in July 2008.

A Netflix Documentary released in April 2019 only made matters worse for the pair, but the latest revelation comes as a shot in the arm.

Madeleine was taken from the holiday apartment where she was sleeping in a room with her then two-year-old twin siblings, Sean and Amelie, and the family have been searching for answers ever since.

Here, MailOnline has delved into the twists and turns of the most publicised missing person case of the 21st century.

More than a decade after Madeleine McCann (pictured at 1.30pm on the day she disappeared with her younger sister Amelie and father Gerry) went missing from Praia da Luz on May 3, 2007, police have revealed a 43-year-old German prisoner has been identified as a suspect

May 3: 8.30pm: The McCanns have dinner at the Ocean Club’s tapas restaurant with friends they went on holiday with, taking it in turns to check on the children.

9pm: A member of the group, Matthew Oldfield, goes to check.

9.05pm: Mr McCann checks on his children, noticing the bedroom door is open wider than it was left. On his return to the restaurant, he chats to a guest.

9.15pm: Checking on her children, his friend Jane Tanner sees a man carrying a child near the McCanns’ apartment. This became the focus of the investigation before being discounted. Police said he was almost certainly a British tourist with his two-year-old daughter.

9.30pm: Mr Oldfield checks on the McCanns’ apartment. Hearing no noise from the children’s bedroom, he assumes all is well.

Around 10pm: An Irish family see a man carrying a blonde child, aged three or four, possibly in pyjamas, walking towards the beach. They help to produce an e-fit of the man, described as white, in his thirties, of medium build and height, with short brown hair.

10pm: Kate McCann checks and notices the children’s window is open, the shutter up and Madeleine gone. Her husband said: ‘Kate came running back screaming, “Madeleine is missing, she’s gone”. I was in cupboards, checking everywhere, under the kitchen sink. Disbelief, shock, horror and then panic and terror. 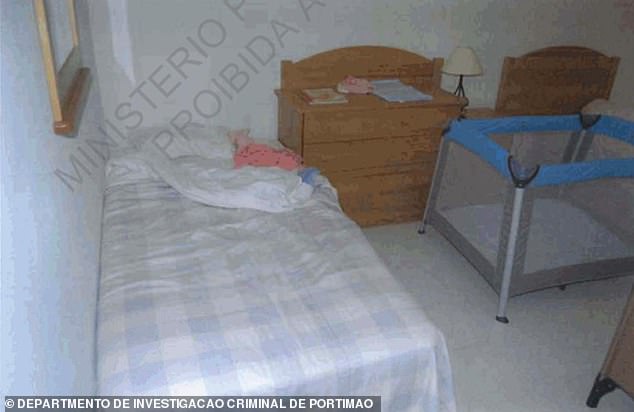 The bedroom from which Madeleine McCann was snatched in Praia de Luz, Portugal, in May 2007, which was included in police files which were released on 4 August 2008 under Portuguese law 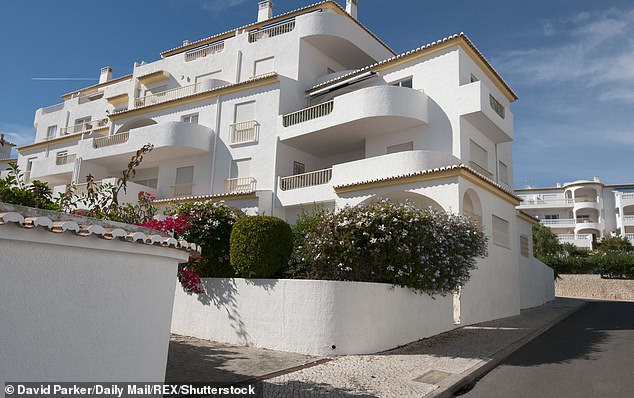 The Ocean Club In Praia Da Luz Where Madeleine McCann disappeared. From 2007 until now millions of pounds has been poured by successive governments into a Metropolitan Police investigation 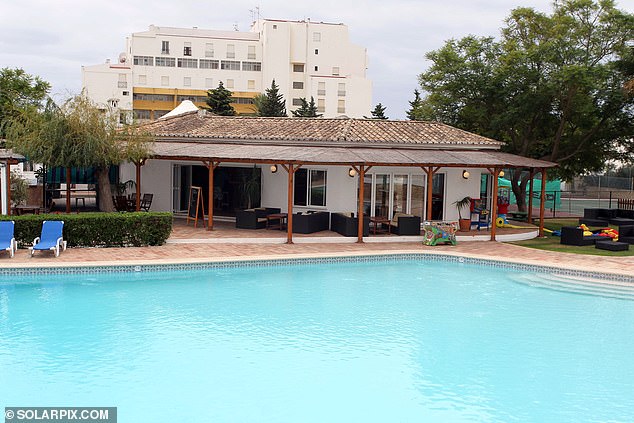 ‘Kate and I went out walking the streets shouting Madeleine’s name. I remember asking the police to get helicopters and heat-seeking equipment. The thought somebody could be across the border into Europe, driving her. Or Africa – the ports are a couple of hours away. I remember thinking, “Get the borders closed”.’

May 4:  Police do not set up effective searches or alert the Spanish border for 12 hours. A basic check of other guests is not done for 48 hours, when many potential witnesses had left. Police do not seal off the McCanns’ apartment until 10am the next day, by which time many people – including the McCanns, resort staff and the police – have potentially contaminated forensic evidence.

May 14: British expat Robert Murat is quizzed. He was later totally cleared of any involvement. Mr Murat, 44, had translated for Portuguese police early in their investigation before being made an ‘arguido’ – an official suspect.

May 30: The McCanns meet the Pope in Rome in a bid to bring worldwide attention to the search.

August 11: Police in Portugal acknowledge for the first time in the investigation that Maddie might be dead. Sniffer dogs reportedly find blood traces on a wall in the McCanns’ apartment.

September 7: Spanish police make the McCanns official suspects in the disappearance. Two days later the family flies back to England.

October 2: Detective Goncalo Amaral is removed from the case.

July 21: Spanish police remove the McCanns and Mr Mural as official suspects as the case is shelved.

May 1: A computer-generated image of what Maddie could look like two years after she disappeared is released by the McCanns.

June: Convicted British paedophile Raymond Hewlett, who was in the Algarve when Madeleine disappeared, claims he saw her twice before she vanished and says she was stolen to order by a gypsy gang, but denies he was involved. He died in Germany of throat cancer at 64 in 2010. 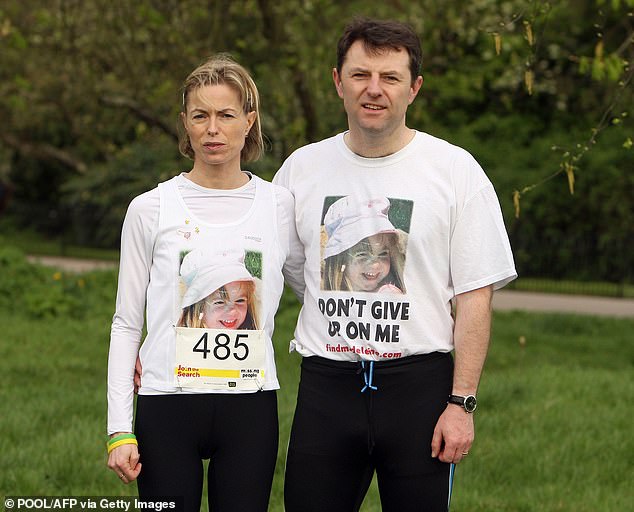 Kate and Gerry McCann before the start of the Miles for Missing People charity run in Regent’s Park, central London on April 2, 2011

May 12: A review into the disappearance is launched by Scotland Yard, following a plea from then-Home Secretary Theresa May. They identify almost 200 new lines of inquiry from the Portuguese case files and the inquiries made by private detectives hired by the McCanns. There have been unconfirmed sightings of Madeleine all round the world.

April 25: After a year of reviewing the case, Scotland Yard announce they belief that Maddie could be alive and call on police in Portugal to reopen the case, but it falls on deaf ears amid ‘a lack of new evidence’.

October 24: A review into the investigation is opened by Portuguese police and new lines of inquiry are discovered, forcing them to reopen the case.

January 29: British officers arrive in Portugal as a detailed investigation takes place. During the year, several locations are searched, including an area of scrubland near the resort. 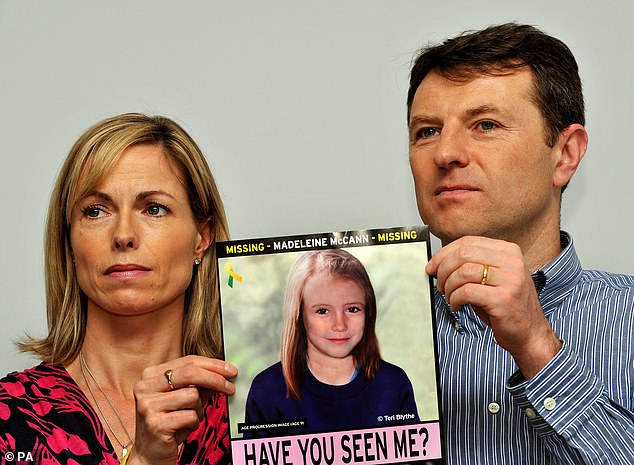 Four months after she went missing Madeleine’s parents Kate and Gerry McCann were made suspects by Spanish police and the couple have faced a barrage of abuse ever since. Pictured, with an image of what Madeleine might have looked like aged nine

October 28: British police announce that team investigating Maddie’s disappearance is reduced from 29 officers to just four, as it is also revealed that the investigation has cost £10million.

April 3: Operation Grange is handed an additional £95,000 by Theresa May to keep the investigation alive for another six months.

March 11: Cash is once again pumped into keeping the investigation alive, with £85,000 granted to keep it running until September, when it is extended once again until April next year.

The ten-year anniversary. As the only four official suspects investigated by the Met were ruled out of the investigation, Assistant Commissioner Mark Rowley says it is pursuing a ‘significant line of inquiry’. Someone comes forward with the name of the current German suspect. Meanwhile the McCanns reveal they still buy Christmas and birthday presents for Madeleine every year, saying the ‘real progress being made’ by police gives them hope that their daughter will be found.

March 27: The Home Office reveals it has allocated further funds to Operation Grange. The new fund is believed to be as large as £150,000.

September 11: Parents fear as police hunt into daughter’s disappearance could be shelved within three weeks by the new Home Secretary amid funding cuts.

September 26: Fresh hope in the search for Madeleine McCann as it emerges the Home Office is considering allocating more cash for the police to find her. 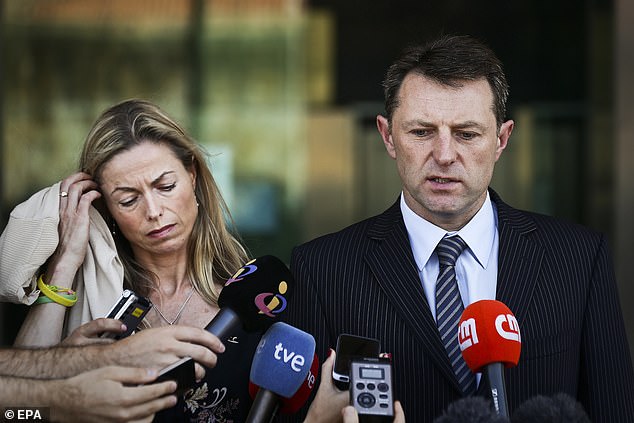 April: Controversial new Netflix documentary re-examining Maddie’s kidnap is released, triggering a barrage of online abuse against Kate and Gerry by heartless trolls. The pair, who refused to take part in the eight hour programme series, slammed it for ‘potentially hindering’ the search for their daughter while an active police hunt is ongoing.

June 5: The Home Office gives the Metropolitan Police enough funding to investigate for another year.

June 22: Detectives say they are ‘closer than ever’ to solving the disappearance as they look into a new suspect. A joint effort by British and Portuguese police narrowed in on a ‘foreign’ man who was in the Algarve when she went missing in 2007.

December 7: Paulo Pereira Cristovao, a long-time critic of Maddie’s parents who angered them with a controversial book about the mystery disappearance, was convicted of participating in the planning of two violent break-ins at properties in Lisbon and the nearby resort of Cascais. He is jailed for seven and a half years.

December 11: Maddie’s parents revealed a touching list of what they miss most about their daughter as they spent their 13th Christmas without her. They say: ‘We love her, we miss her, we hope as always. The search for Madeleine goes on with unwavering commitment.’

March 27: Detectives requested extra money to continue their investigation into the disappearance of the toddler in Portugal back in 2007, with funds for the operation set to run out at the end of the month.

June 3: Police reveal that a 43-year-old German prisoner has been identified as a suspect in Madeleine’s disappearance.