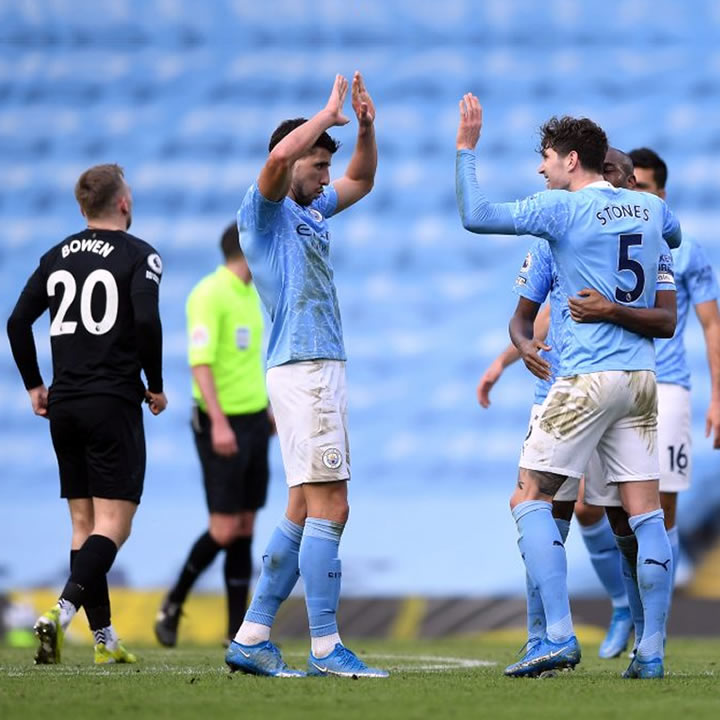 The missing piece of Manchester City’s defensive puzzle. Ruben Dias has had an incredible impact since joining the club in late September 2020 and they’re now primed to win another league title and challenge for European glory too.

After just two matches of the 2020-21 Premier League season, Manchester City had conceded seven goals. Leicester City won 5-2 at the Etihad Stadium on September 27th, leaving the hosts reeling. It was the worst home defeat in the Pep Guardiola era and left his side in the bottom half of the table.

Four days later, City completed the signing of Ruben Dias. The centre-back was the latest high-profile defensive addition to the squad, joining for £55 million from Benfica. Even at such a sizable fee, his acquisition looks great value for money.

Since then, Guardiola’s side have been imperious at the back, with Dias playing a leading role and elevating the team to the top of the table. They’re now in a commanding position to secure a fifth Premier League title in 10 years and few would back against them doing so.

That’s backed up by the odds too. Unibet – one of the top new Australian betting sites and a proven UK brand, are so convinced that City have an unassailable lead that they have begun taking wagers on the league winner “without Manchester City”. Such has been his impact on the team, Dias is currently second favourite to win the PFA Player of the Year, priced at 5/1 (6.0).

The impact of the Portuguese international can’t be understated. Despite joining once the campaign was already underway, Dias has started more league games than any other outfield City player apart from Rodri. The 23-year-old has made 75 clearances, 117 ball recoveries and has not made a single error that led to a goal.

He has been the foundation for a remarkable improvement in defensive statistics that have underpinned a surge to the top of the table.

Since Dias made his debut against Leeds, Manchester City have kept 15 clean sheets in 28 matches. That spell included a run of 15 consecutive league wins spanning from mid-December 2020 until a 2-0 defeat in the Manchester derby on 7th March 2021. That impressive form sees them well clear at the top of the league, boasting a double-digit point lead over their nearest rivals.

In total, City have conceded just 21 Premier League goals in the season so far. That’s not a record-breaking tally with Chelsea’s total of 15 still the least, but it’s still incredibly impressive given how much football has been played in such a short space of time.

Even more so considering 7 of those came before Dias even arrived, the turnaround has been remarkable. Often partnered by John Stones, who has experienced something of a revival himself at the Etihad Stadium, Guardiola’s side will be targeting domestic and European success before the campaign ends.

Despite periods of domination in the Premier League, five League Cups and Two FA Cups since the change of ownership, the one trophy that continues to elude Manchester City is the Champions League. Given their form, there may never be a better chance for the Citizens to sit at the head of Europe’s top table. If they are to replicate Guardiola’s previous success at Barcelona, then players like Ruben Dias will need to be at their very best as the season enters the home straight.