REVEALED: Some of Australia’s worst drivers have been handed back their licences after shocking court blunders

Romeo Le Thorn, 34, was banned until 2047 but was allowed to drive by the courts

Some of Australia’s worst drivers have been wrongly allowed back on the roads after being banned.

A scaffolder who raced from a police helicopter at 230kmh and a demolition worker with five drink-driving convictions were among six drivers wrongly handed back their licences between October 2017 and November 2018.

They were ineligible to apply to get their licences back but blundering courts granted their requests anyway, reported the Daily Telegraph.

Campaigners said the drivers were so dangerous the courts had given out ‘licences to kill’.

The drivers included male model Romeo Le Thorn, 34, who was banned until 2047 for several offences including driving recklessly and causing a police chase.

He was given his licence back when he told a magistrate he had a young son and needed his car for work.

Demolition worker Dean Culpan, 51, was banned until 2022 for culpable driving causing grievous bodily harm in 1987 – but was allowed on the road again when he told a magistrate his boss wanted him to drive a truck.

Mother-of-six Jodi Farrell, 41, was banned for several offences including causing GBH and driving five times while disqualified – but a magistrate told her ‘I am giving you a chance’.

Scaffolder Jamie Hooper, 29, was jailed for nine months for driving recklessly in a police pursuit on the Hume Highway – but reassured a magistrate he had not re-offended.

Ali Touba, 31, was banned until 2028 for driving under the influence of drugs or alcohol and leading a police chase – but was given his licence back when he said he wanted to be a courier.

The blunders were spotted after police noticed that a driver named Daniel Northcott had wrongly been allowed to apply for a licence.

The 26-year-old was banned until June 2019 because had been involved in police chase when he did not have a licence.

But a blundering magistrate ruled he could apply, saying: ‘I am prepared to accept the argument… until somebody tells me I am wrong’. 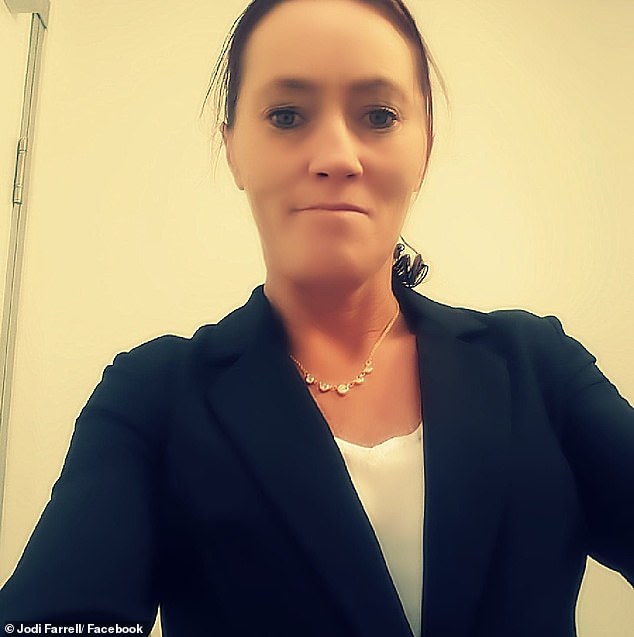 Mother-of-six Jodi Farrell (pictured), 41, was banned for several offences including causing GBH and driving five times while disqualified – but a magistrate told her ‘I am giving you a chance’.

The body found that six drivers had been wrongly given back their licences and applied for the decisions to be revoked by the Supreme Court of New South Wales.

Judge Monika Schmidt took away all six drivers’ licences and said the courts should never have given them back.

When a driver is disqualified they can apply to have their licence reinstated.

The RMS then tells the courts if the motorist is eligible to apply.

In these six cases, the drivers were all ineligible but magistrates wrongly heard their cases.

After the court blunders, every application is manually checked by officials.