A five-year-old boy watched his father die in front of him from a prescription drug overdose as he desperately rang his grandma to tell her he ‘couldn’t wake daddy’.

Tyler Cail had been enjoying a weekend with his father Mark, 36, when tragedy struck on September 24, 2017, at his home in Hull, east Yorkshire.

The father and son fell asleep together the night before but when Tyler woke up in the early hours needing the toilet, he could not rouse his father.

The following morning, Tyler still could not wake his father, and when he noticed blood pouring out of his nose, he reached for Mr Cail’s phone and rang ‘mum’.

Mr Cail’s mother, who lives in Leeds, picked up the phone and immediately called the police and paramedics after listening to the youngster’s horrifying account of what had happened.

Five-year-old Tyler Cail, pictured with his father Mark, saw his father die from a prescription drug overdose at his home in Hull, east Yorkshire 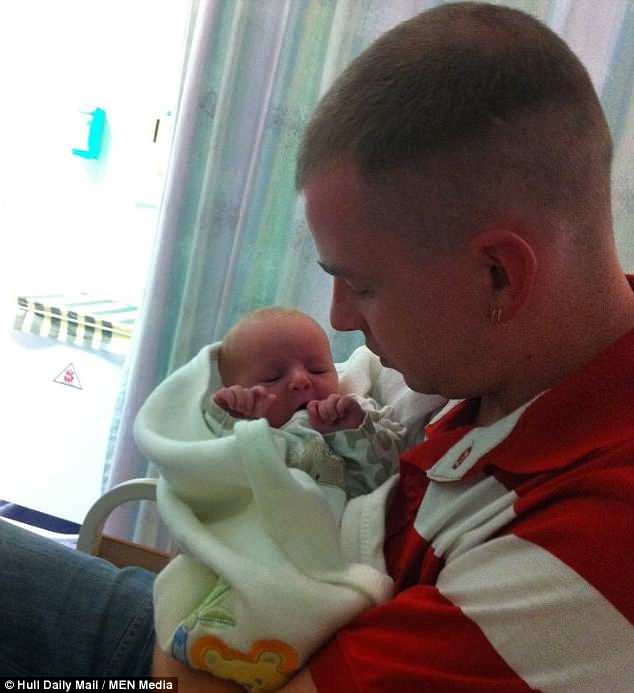 Hull Coroners Court heard how Tyler, pictured here as a baby, fell asleep with his father but could not wake him up when he needed the bathroom in the middle of the night

Tyler handed the keys to the house to paramedics through the letterbox who rushed to the master bedroom, but tragically Mr Cail was already dead.

Mr Cail’s death has devastated his family, including Tyler’s mum and Mr Cail’s ex-partner Donna Yates, who said her little boy has had to receive counselling following the heartbreaking ordeal.

Ms Yates, 27, said: ‘I didn’t believe it and I’m still struggling to now. It just doesn’t seem real and it’s my little boy I think about in all of this.

‘It was extremely heartbreaking to think he had to witness that. He has his good days and his bad days but we don’t really like to think about it because we are trying to move on.’

The day before Mr Cail’s death, the pair went to The Deep – one of their ‘favourite places’ to spend time together – before returning home.

Although Miss Yates and her ex split up for good after an on-off relationship in July 2017, the couple always put their little boy first.

‘Mark was a brilliant dad and he just did anything he could for him,’ said Miss Yates.

‘He was always there playing darts with him and taking him out to places. He was just a typical, good dad.

‘We are always thinking of him. He misses him and loves him and will always be ‘his champ.’

Mr Cail, who used to work as a freelance photographer, had been suffering with intense pain after a road traffic accident in January 2017 left him with a pelvis fracture.

He was known to be a heavy drinker, sometimes drinking up to 14 cans of lager a night. He also suffered from high blood pressure and mental health problems. 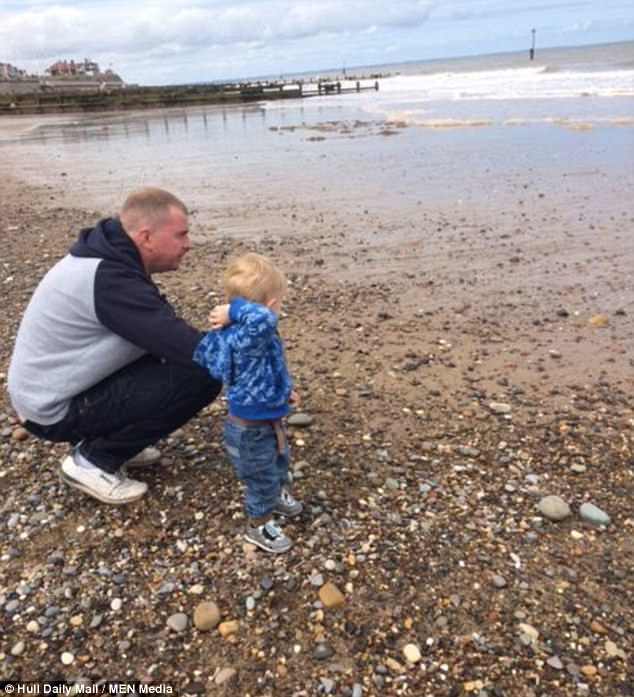 The following morning Tyler still could not wake his father, and when he noticed blood pouring out of his nose, he reached for Mr Cail’s phone and rang his grandmother who called an ambulance

After the accident, Mr Cail was given prescribed medication to help him cope with the pain he was experiencing.

However, he often found himself struggling to get to sleep, which made him turn towards alcohol as a coping mechanism.

During an inquest into Mr Cail’s death at Hull Coroners Court on Thursday, his GP revealed details of the medication he was receiving. He was prescribed tramadol, oxycodone and zopiclone among various other tablets and told his GP how he planned to get back into work.

Dr Pooja Chawla, from the Clifton House Medical Centre, said: ‘Mark was upbeat and wanted to get back to work.

However, despite his plans to take back control of his life, Mr Cail was found with a deadly cocktail of painkillers in his system which combined to kill him. He had a lethal level of oxycodone as well as a toxic amount of tramadol and therapeutic levels of alcohol in his body.

Paying tribute, he said: ‘This is a profoundly sad case of a young dad who having suffered the misfortune of a road traffic accident was working with doctors to get past the effects of that accident.

‘I don’t doubt that those comments were in fact true in this case and I am profoundly sorry that Mark was unable to achieve that.’ 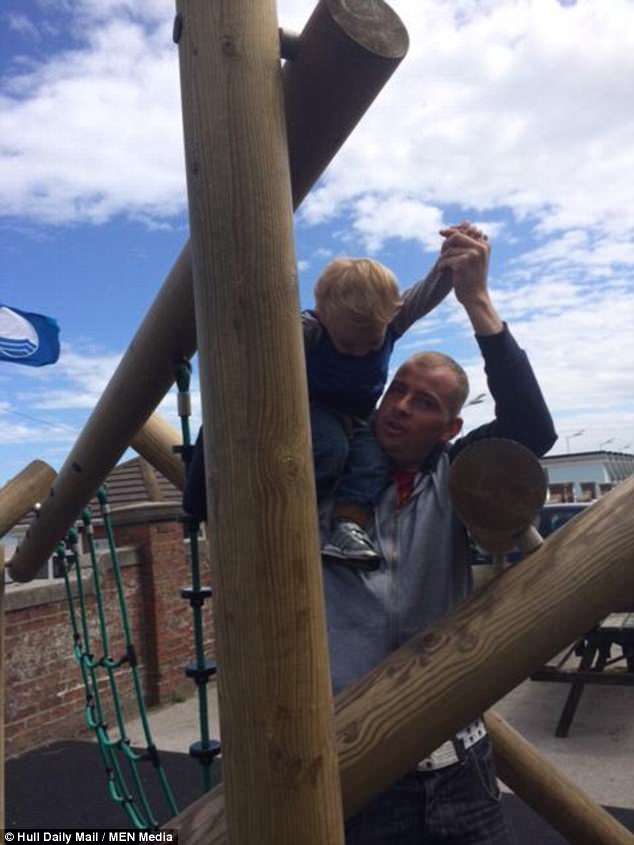 Mr Cail had a lethal level of oxycodone as well as a toxic amount of tramadol and therapeutic levels of alcohol in his body. He had started taking painkillers after a road traffic accident in January 2017