‘I wasn’t going to last’: Man who slashed himself open with chainsaw waited THREE HOURS for help

‘I wasn’t going to last until the ambulance found me’: Man is forced to wait THREE HOURS for help after slashing himself open with a chainsaw

A man who slashed himself open with a chainsaw has revealed he didn’t think he was going to survive after waiting three hours for help.

Perth father Mal Wilhelm suffered gruesome injuries in 2017 after the tree he was cutting down for firewood changed direction and crushed him.

The 52-year-old was left lying in a pool of blood outside his remote Chittering home after being sliced open by the chainsaw and crushed by the tree.

Mr Wilhelm’s injuries were severe; he ended up with two broken legs, a fractured spine, and a crushed rib cage, along with along with other cuts and lacerations.

Mr Wilhelm revealed to 9News he didn’t think he was going to make it as he lay on the floor in agony.

‘I could feel my lungs filling up with blood, so my main concern was I wasn’t going to last until the ambulance found me,’ he said. 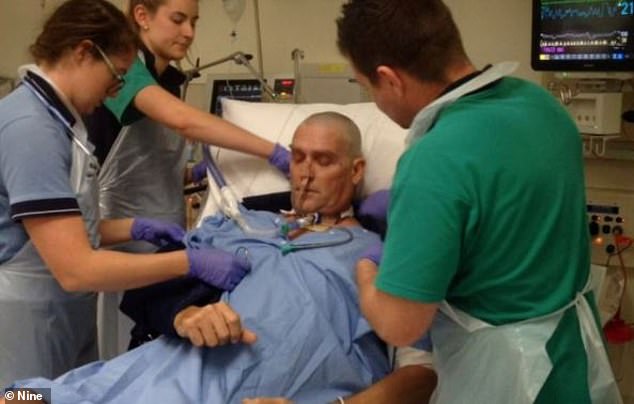 He was taken to Royal Perth Hospital and spent time in intensive care, where he had a special filter inserted into his veins to stop a blood clot from moving into his lungs.

The filter looks like a splayed safety pin, with several small prongs reaching out from the center of the filter, and for Mr Wilhelm, it was a device that saved his life. 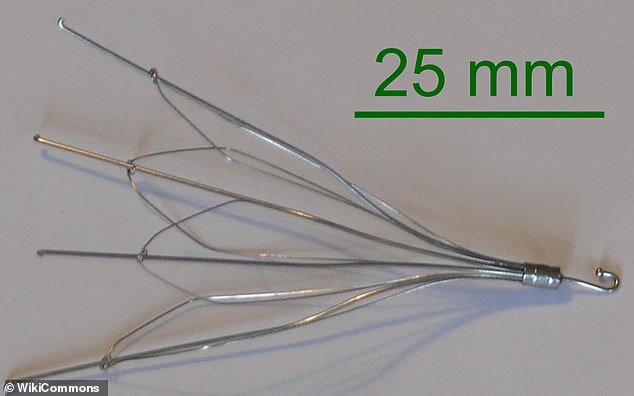 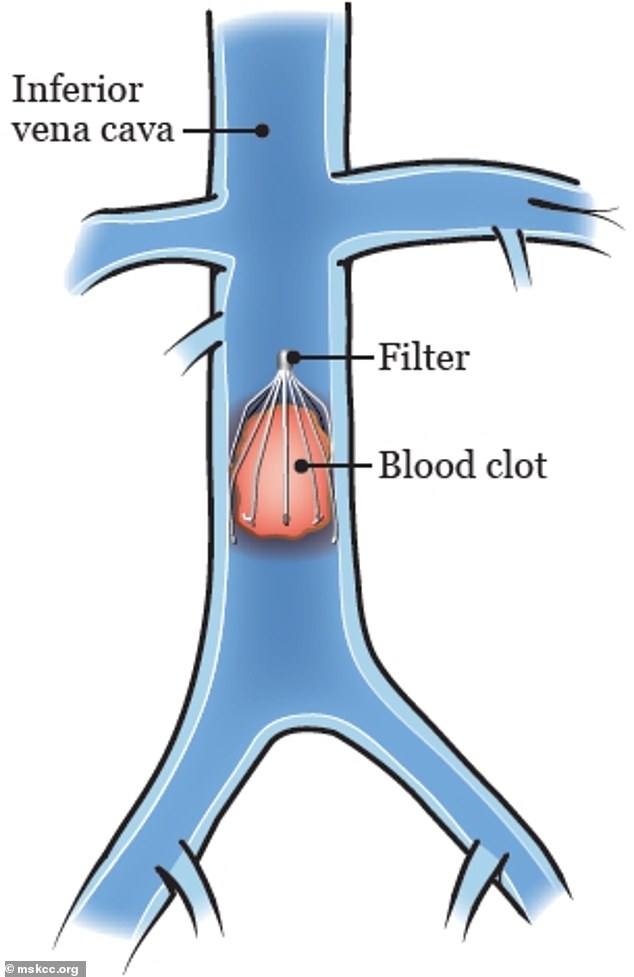 A diagram showing the filter, and how it was used to stop a blood clot moving into Mal’s lungs

His case was used as an example in a study completed by WA researchers and  published in the New England Journal of Medicine this week, looking into the use of the filters in patients suffering extreme trauma.

Findings have shown that while the device is often used for preventative measures, it is only truly effective in one in three patients. 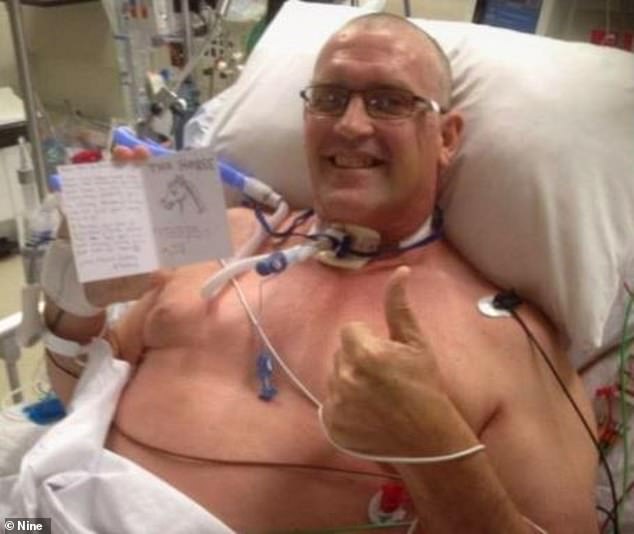 The filter saved his life, leaving Mal (pictured) ready to take on the long road to recovery