Retired architect who stole hundreds of thousands of pounds from student charity and splashed it on an Alfa Romeo, two new Land Rovers and buy-to-let properties for his children is being chased for more than £1.5m

Ian Brash, 66, has to pay back more than £1.5 million to a charity after embezzling funds over a four-year period

A retired architect who embezzled hundreds of thousands of pounds from a charity to buy luxury cars and properties is being chased for over £1.5 million by Crown prosecutors.

Ian Brash stole more then £350,000 from the Dr Robert Malcolm Trust [DRMT], while he was a trustee of the charity.

Brash splashed out on an Alfa Romeo, two new Land Rovers and paid tens of thousands of pounds to fund deposits for buy-to-let properties for his children.

The 66-year-old also bought a wind turbine and paid off large vet bills with the embezzled charity cash.

The court was told prosecutors are now seeking to use the proceeds of crime legislation against Brash and are seeking a total of £1,590,512.69.

Brash is being forced to sell off his A-Listed castle in East Lothian as he bids to pay back the huge sum taken from the charity.

The disgraced architect was due to be sentenced on Monday, but Sheriff Frank Crowe deferred sentencing for a further two months to allow the sale of the castle to go ahead.

Advocate Mark Stewart QC said Brash was keen to repay the money that he had taken and added his client had a number of interested parties in buying the castle.

Previously the court was told charity regulator OSCR became ‘concerned about the movement of funds’ from the charity bank account to Brash’s personal account in 2012 and an investigation was set up.

Brash claimed the charity cash had become ‘mixed up’ with his own finances and that he had invested the missing funds in property for the future benefit to the charity. 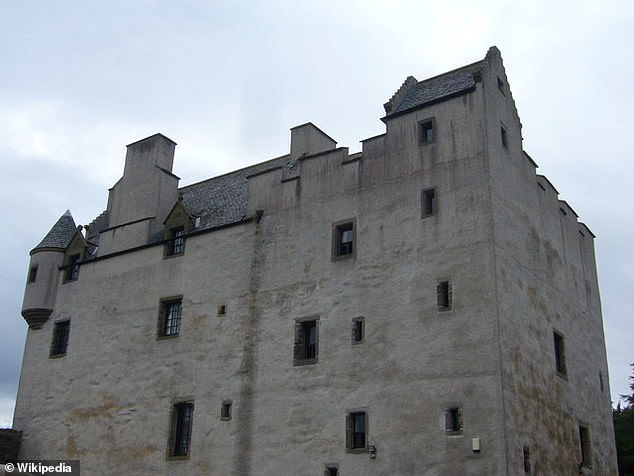 But when pressed by the regulators he could not provide any documentation backing this up.

Brash then attempted to arrange a repayment plan over several years with OSCR but the regulator said ‘the offer could not properly be accepted’.

The regulator reported the matter to the Crown Office and they subsequently passed on the details to Police Scotland’s Economic Crime Unit.

The court was also told the DRMT had made regular awards to medical students and in the period between 1992 and 1994 a total of £27,000 was handed out to 66 recipients.

But by the time Brash was in charge of the finances it was found that two students who received a payment of £2000 between them in 2011 were the last to benefit from the charity.

The DRMT bank account was closed down by RBS in 2013 with a closing balance of just £1270.

An OSCR spokesperson said: ‘OSCR opened its inquiry into this charity in 2012.

‘Our inquiries into this complex case indicated suggested there had been criminal conduct, so in line with our published policies we made a report to the prosecuting authorities.

‘Since then we have worked with the Crown Office Procurator Fiscal Service and Police Scotland to support the prosecution of Ian Brash.

‘We were pleased to note the verdict in the case, which shows that criminality in Scottish charities will be investigated and dealt with appropriately.

‘We are considering the future of the charity.’