An ice-affected and sleep deprived truck driver has been jailed for causing the death of a much-loved father of six in a horror pile-up on a Melbourne freeway.

Michael Brian Templeton, 31, was speeding and did not react to the traffic slowing ahead of him on the day of the crash that killed Kari-Pekka Maunus.

Templeton’s tip truck swerved erratically and slammed into the back of Mr Maunus’ ute, running over it and killing him instantly in March 2017.

Mr Maunus, 49, a respected boilermaker, was heading to work the morning he was killed.

Templeton was jailed for six years on Friday after pleading guilty to culpable driving causing death.

He was affected by the drug ice at the time of the crash and estimated he had only slept about two hours the night before. 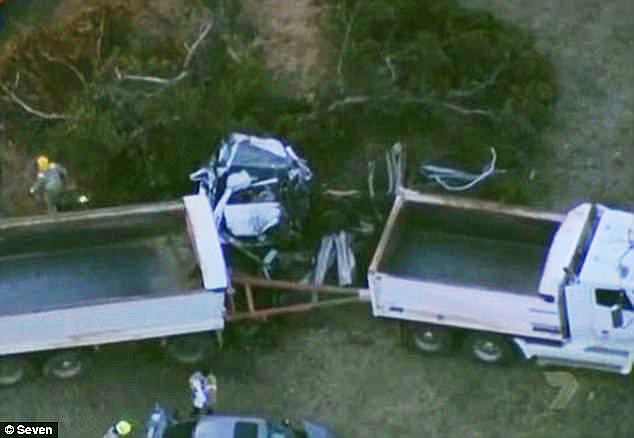 He was affected by the drug ice at the time of the crash and estimated he had only slept about two hours the night before.

The victim’s wife Mia hoped the sentence served as a powerful message about the dangers of using drugs and driving.

‘Michael’s decision to mask his pain, like so many others, by using drugs was a bad decision that took the life of an innocent man,’ she said in a statement.

‘I’ve lost my partner of 30 years and my six kids have lost their loving father.

‘Driving without thinking about the consequences may not only destroy your life but significantly impact the lives of the ones you love and others you have never met.’

The tip truck and trailer weighed 15 tonnes and it was travelling at 88km/h when it struck Mr Maunus’s Toyota Hilux.

‘There was dust and debris flying into the air,’ witness Anne Cassidy said in her statement.

County Court Judge Trevor Wraight said the cars ahead were highly visible, the weather was fine and it was obvious that for some time before the crash, traffic had slowed.

Templeton had a longstanding drug issue and had taken ice almost daily for eight years leading up to the crash, the judge said. 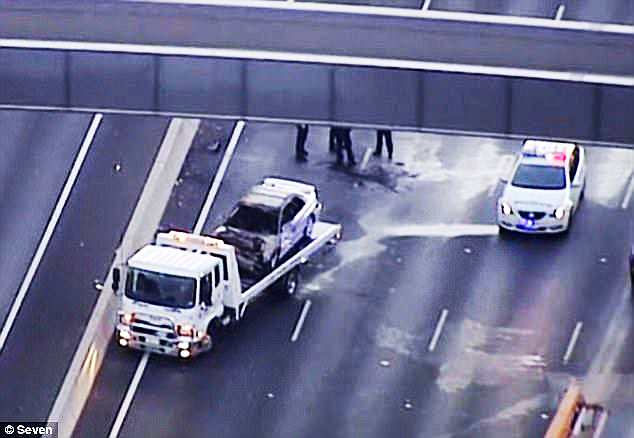 Templeton was jailed for six years with a minimum of four, he’s served 441 days

Templeton said he thought about Mr Maunus and his family daily and can only imagine their pain.

‘I need to serve time for his family and to be honest to help myself,’ he told authorities.

‘I think about the effects of the accident on his family every day.

‘I try to put myself in their position to see the damage I have done … but I can never really know.’

Templeton was jailed for six years with a minimum of four years.

He has served 441 days in pre-sentence custody, so he will be eligible for release in less than three years.