Identical twins are often mistakenly seen as carbon copies of one another, alike in personalities as well as looks. But this stunning portrait series seeks to reveal the subtle differences that are overlooked.

Photographer Peter Zelewski, from Detroit, has spent the last few years finding and photographing pairs of identical twins on the streets of London in a bid to explore what binds them together – and sets them apart.

Speaking to Huck magazine, he explained: ‘When I first started the project, it was without a doubt [the] visual attraction which I found most interesting when taking portraits of twins. But, as the series progressed, it was the subtle differences that became equally interesting.’

The resulting photos capture twins of a range of ages, races and backgrounds. In each, the difference in posture, expression and intention reveals something of each twin’s individual identity, even when they are dressed same.

Zelewski added: ‘One example is 15-year-old brothers Duke and Joe. Although they are identical twins they couldn’t be more different, both in their physical appearance and personalities. By stripping down the background and photographing the boys in plain t-shirts, I was able to let their different personalities shine through.’

The project, titled Alike But Not Alike, has is on display in an exhibition at The Hoxton in Shoreditch, East London, until May 22. More information can be found on Zelewski’s website, Instagram and Twitter.

Violeta and Irina, 25, photographed in Regents Park, London, in March 2018 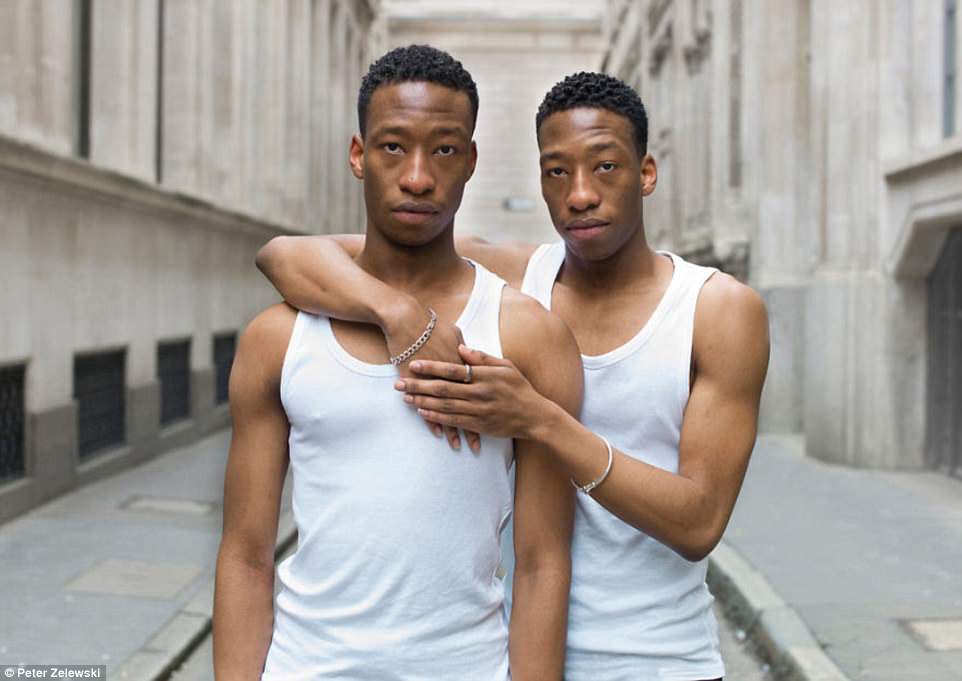 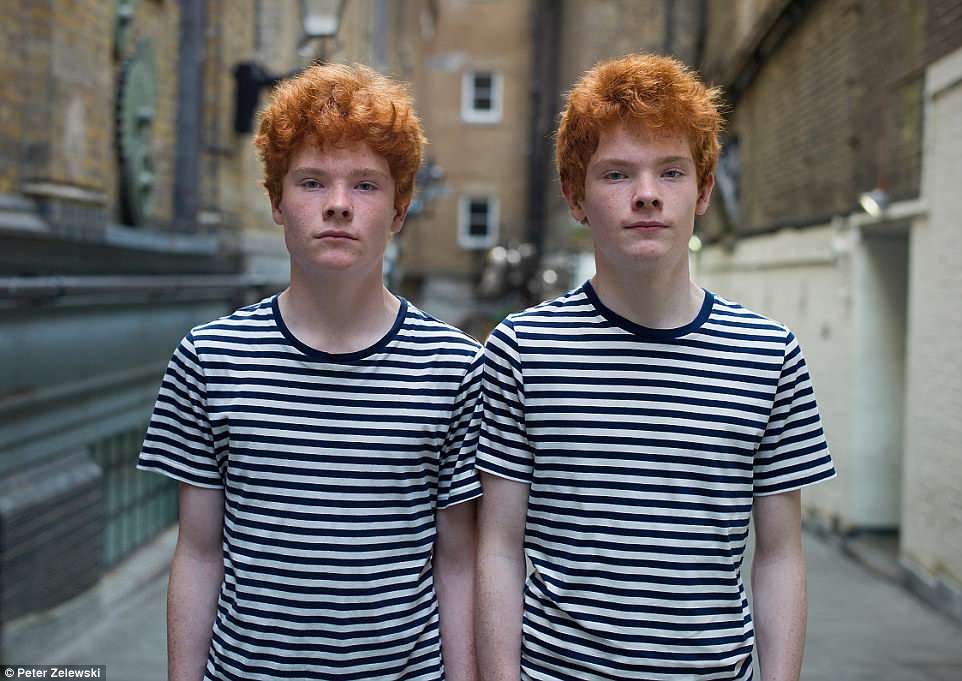 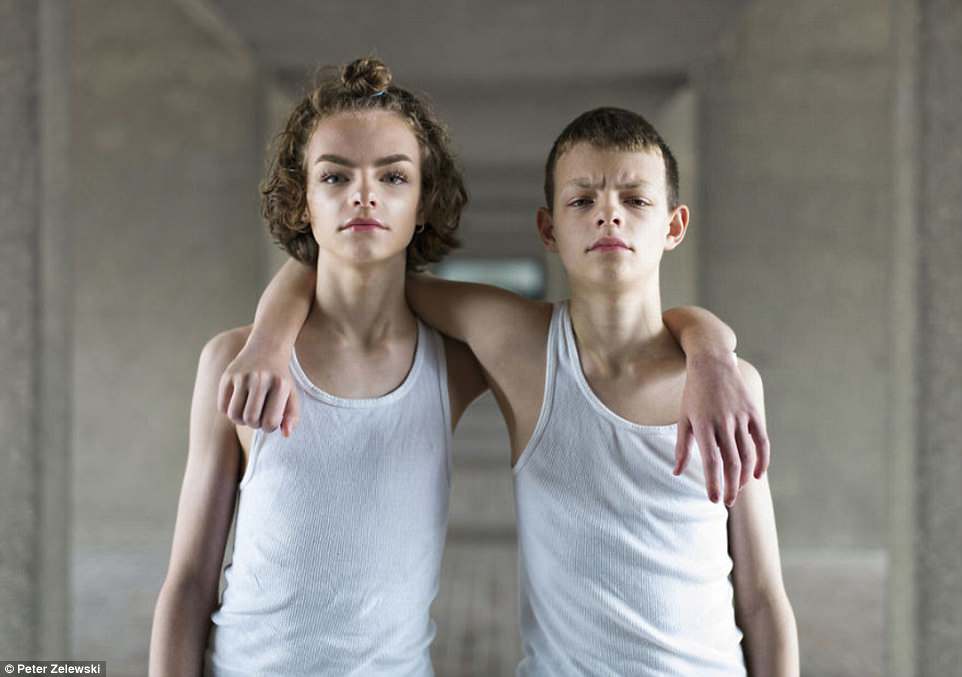 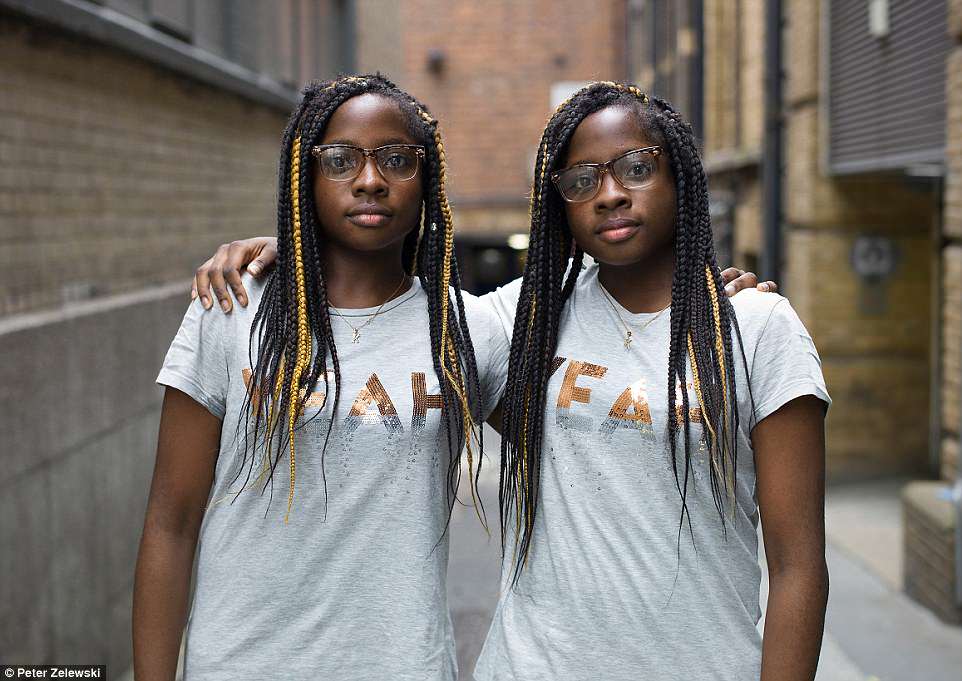 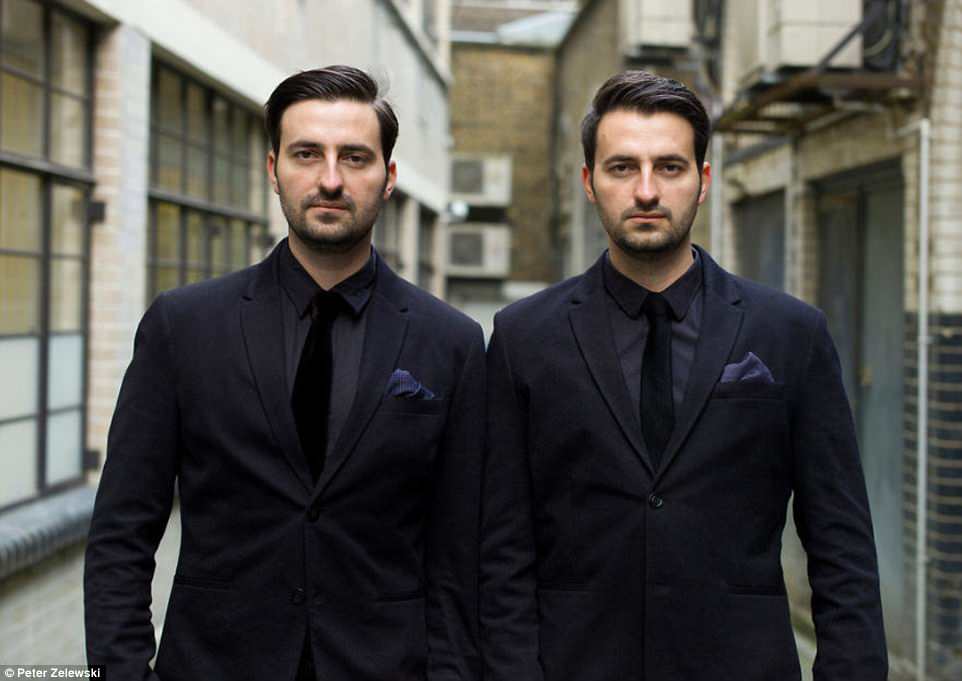 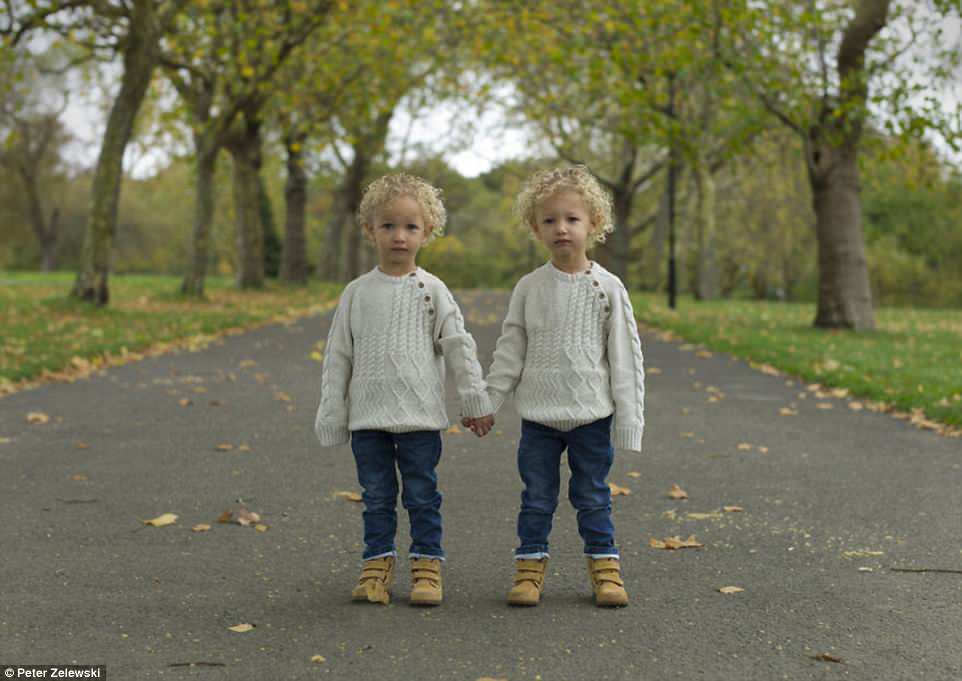 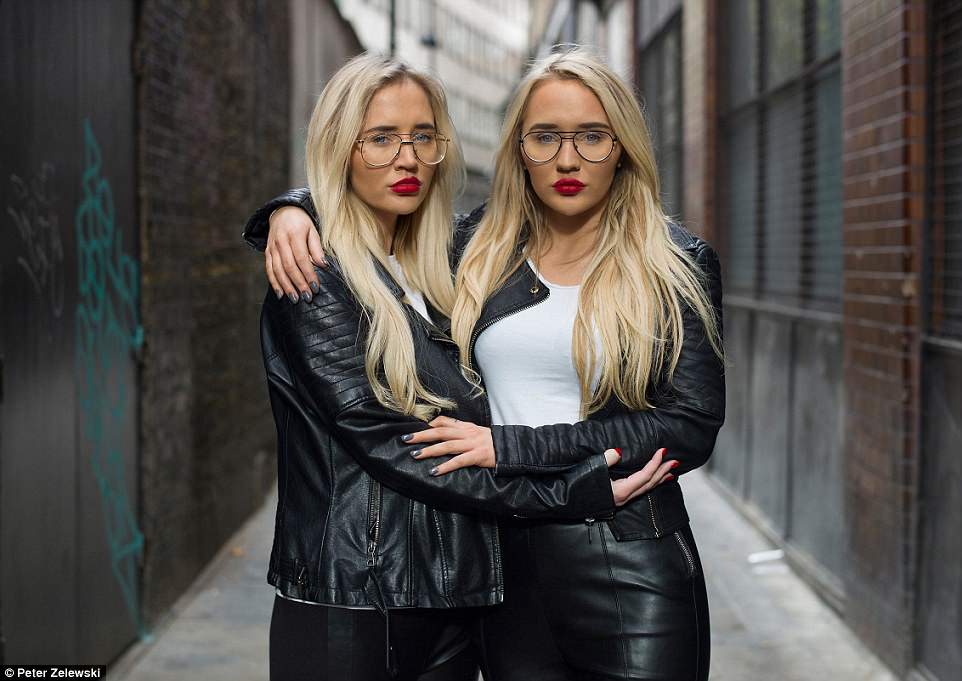 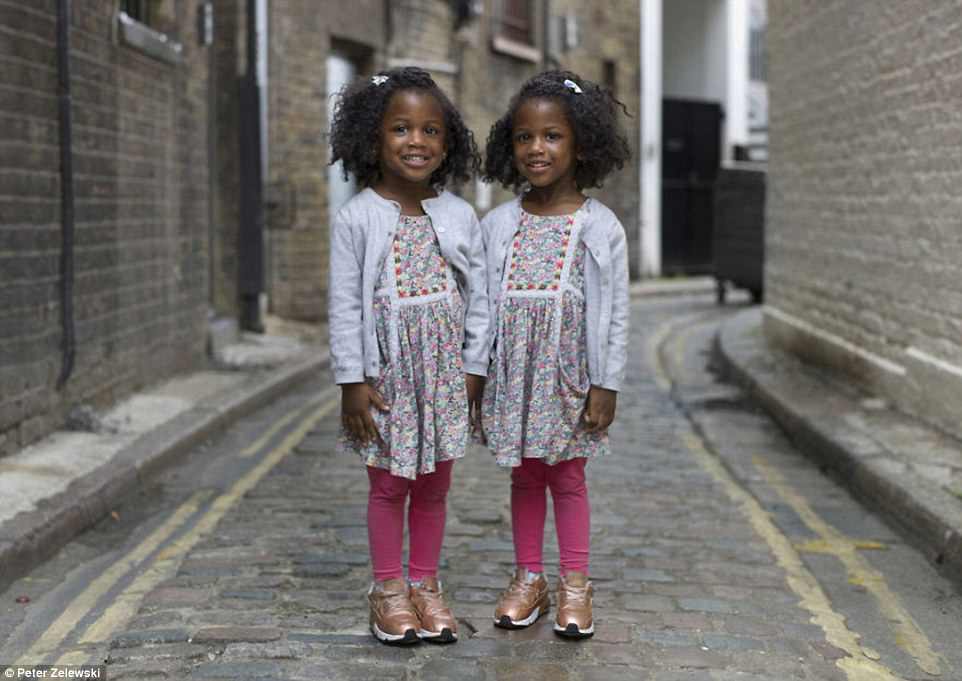