‘If Stephen Hawking can work, why can’t you?’

A hairdresser left bed-bound by Lyme disease claims she was told by her GP that ‘if Stephen Hawking can work, why can’t you?’.

Sarah Jackson, 29, feels ‘let down’ by the NHS after doctors allegedly laughed at her and said her illness was ‘all in her mind’.

Around 10 different GPs dismissed her concerns – forcing her to conduct her own research into what her debilitating symptoms could be. Private tests then confirmed her suspicion a year after her torment began.

Sarah, who was struck down when she visited Australia in 2013, said: ‘I had no luck with the NHS, I had to do all my research… I just feel very let down by them.

‘One of the GP’s actually compared me to Stephen Hawking and said: “If he can work why can’t you?” I just walked out at that point.

‘I gave up on the NHS after seeing around nine to ten different GPs over a year. When I first got sick, I had to use Google to look at what could be wrong with me.’

Now, instead of looking forward to a new life as a hairdresser Down Under, she is housebound, unable to work and has to rely on her mother as her full-time carer.

Sarah, from near Colchester in Essex, even has to wear sunglasses inside because she has increased sensitivity to light.

She is now appealing for help to fund potentially life-changing treatment in America after she claims she has run out of options on the NHS.

Sarah Jackson, 29, feels ‘let down’ by the NHS after doctors allegedly laughed at her and said her illness was ‘all in her mind’ – but she was later found to have Lyme disease 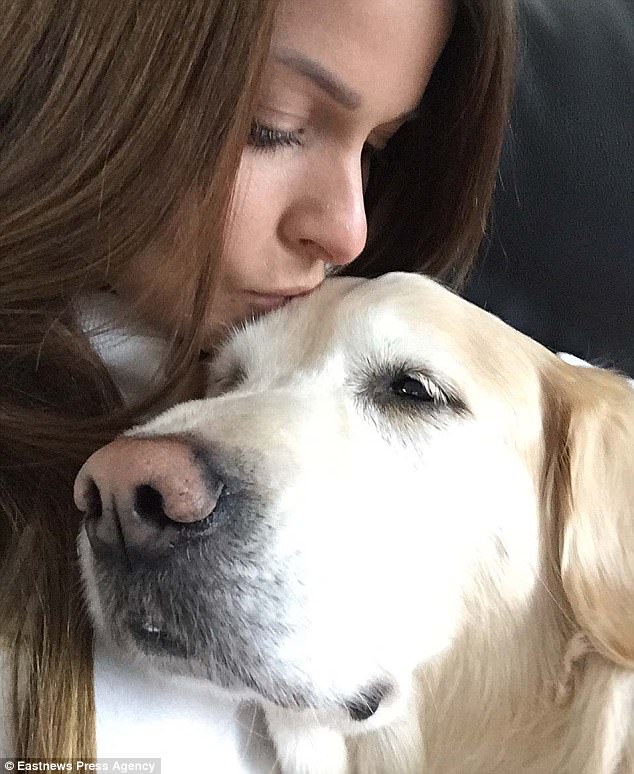 Around 10 different GPs dismissed her concerns – forcing her to conduct her own research into what her debilitating symptoms could be. Private tests then confirmed her suspicion 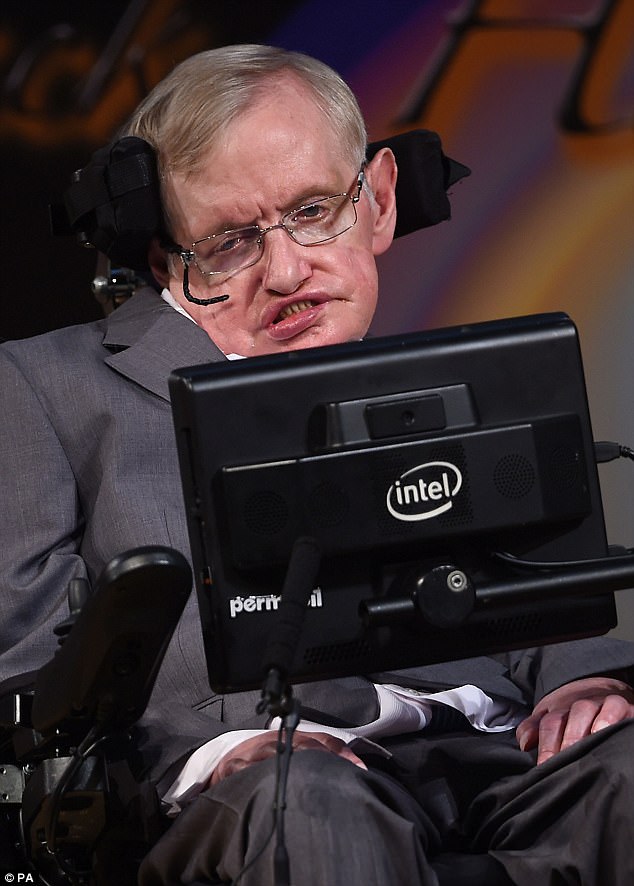 Sarah said: ‘One of the GP’s actually compared me to Stephen Hawking and said: “If he can work why can’t you?” I just walked out at that point’ 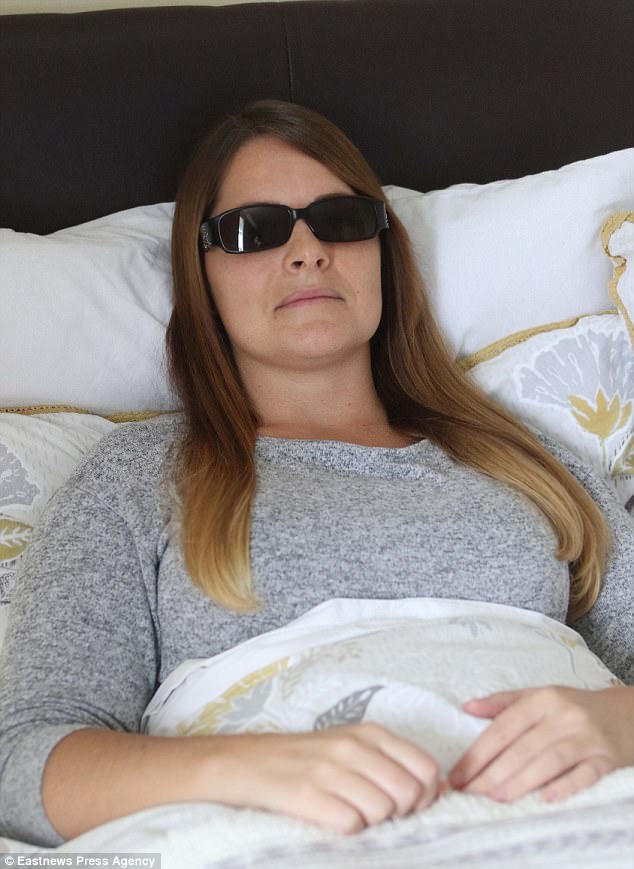 Sarah added: ‘I now have to wear sunglasses constantly because my eyes are so sensitive to light. It’s really hard to see and I now have to stay in a dark room.

‘I’m housebound so I’m reliant on my family and struggle with everyday life. I see people moan about going to work and I’m thinking I wish I could go to work.

‘I’m getting worse daily and stress and emotion makes it so much worse.’

Sarah said: ‘It is a living nightmare. I have gone from being a happy-go-lucky person able to work for a living to someone having to rely on my parents for care and financial support.

‘Doctors here don’t seem to realise that Lyme disease can be a life-threatening condition, especially when it reaches the stage I have.

‘If you have a broken arm or leg, then it is an easy fix but because this is trickier to diagnose, they seem to lose interest.

‘I’ve even had GPs laugh at me and as good as told me they think I am making it up.’

Sarah believes she may have suffered her tick bite when she was a teenager and the disease has laid dormant for many years until she became ill when she visited Australia’s Gold Coast in April 2013.

‘I had only been out in Australia since the end of January and I was loving it there but had to come home as I was so ill,’ she explained.

Many sufferers have spoken out about their years-long struggles with getting diagnosed. It was confirmed Sarah had Lyme more than a year after her symptoms emerged in July 2014, and only because she went for private tests.

Sarah was given oral antibiotics. But experts say that if there is delay before treatment begins, there may be less chance of a full recovery.

She says that as well as concerns about delayed diagnoses, NHS doctors do not fully understand the complications of the disease.

Sarah developed postural orthostatic tachycardia syndrome (POTS), a condition in which a change from lying to standing causes an abnormally large increase in heart rate.

She says this leaves her feeling as if she is going to either have a heart attack or faint.

‘My disease is now affecting my heart and brain so it is very serious but from speaking to some people in the NHS here, it’s as if they don’t care,’ she said.

‘I know from speaking to a lot of people on the online forums that they are going through the same challenges as me.

‘If you cannot show medical professionals the rash from the bite it is as if they don’t believe you.’ 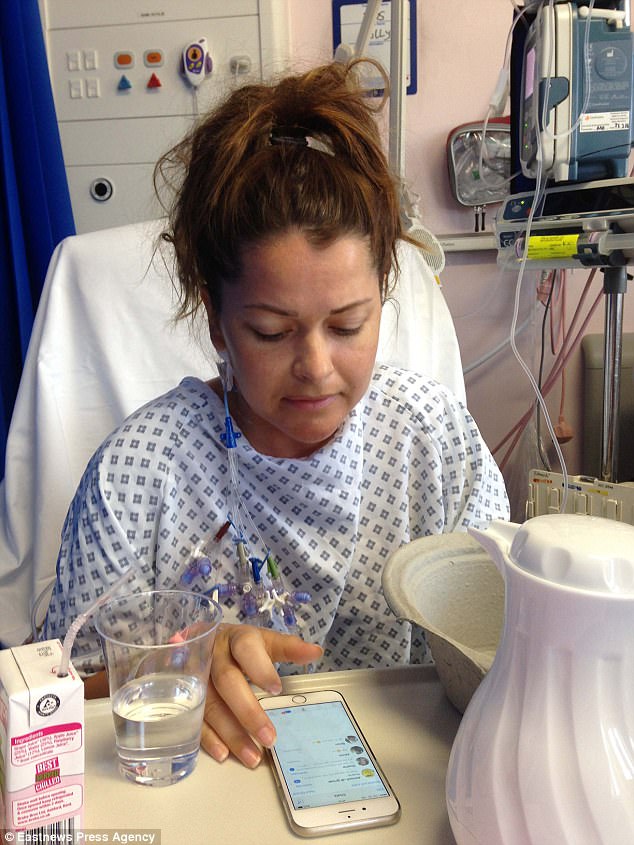 Despite numerous examinations and tests, Sarah says doctors in the UK are now at a loss how they can help her any further.

When she had a seizure last summer, frustrated with the care she was receiving here, she sent her MRI results to a leading Lyme specialist in the US.

She says he told her that her case is becoming ‘more concerning’ and that she now needs more aggressive treatment than the oral antibiotics she is currently given.

Sarah is now pinning all her hopes of recovery on fundraising £40,000 for intensive treatment in the US from one of the world’s leading doctors.

She has been told she will most likely need IV therapy, as the oral medications are no longer adequate to get to the layers of infection and damage in her brain and heart.

‘The neurologist and my USA Lyme specialist both said I’m at a very high risk of another seizure, so I am now on multiple anti-seizure medications to try to prevent any further episodes,’ she said. 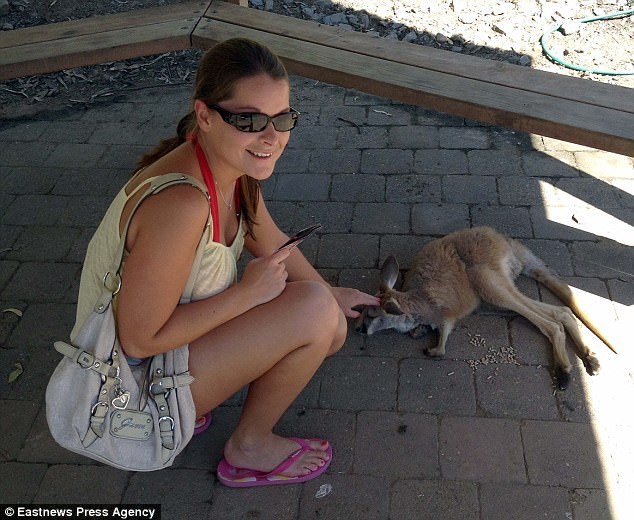 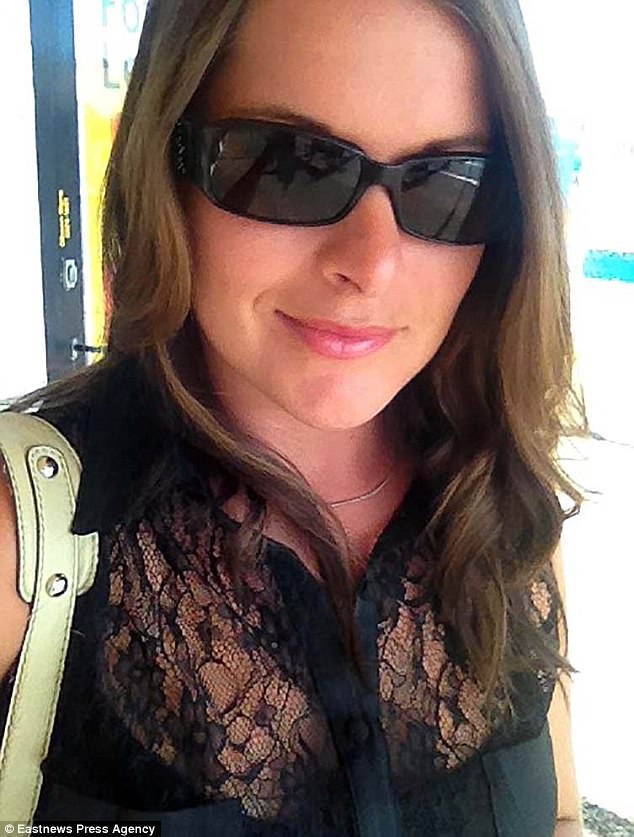 Specialists now say she is at very high risk of another seizure, which could be harmful

Her father, John, a 57-year-old builder, is working seven days a week to help finance his daughter’s private treatment.

‘It’s been really hard for mum and dad – they know what I was like before this all happened and how happy I was living in Australia,’ she said.

‘I was going to move out there permanently and they saw the effect it had on me having to come home.

‘Dad has to keep taking out loans to cover the costs of everything.’

But with 30-minute phone consultations to her specialist in America costing £300 and private tests in the UK costing thousands, the money is quickly disappearing.

Sarah said the decision to go public with her fundraising efforts had not been an easy one.

‘I have always been fiercely independent and have never been someone to ask for help, but I am terrified, lonely and despairing of what my future might look like if I don’t reach the USA for more intensive treatment.

‘Currently my Doctor in the USA is a leading expert in Lyme, he gets hundreds of people well every year and brings many back from the brink. So if anyone can help me, he can.’

For more information about Miss Jackson’s story or to donate, visit here.