A mysterious note plastered to a supermarket fridge has exposed a deep-rooted rift between the owner of a local store and his Dare Iced Coffee provider.

Locals in Albury, on the NSW-Victorian border, expressed their dismay at finding the shelves of their local IGA devoid of the coffee-flavoured milk following the spat.

Gary Evans, the owner of the Norris Park IGA, posted a note on the empty fridge to explain the absence of the popular drinks.

‘Dare Milk NOT being delivered as the SOLE supplier in ALBURY has had his feelings  hurt,’ the notice read.

A local posted a photo of the note to the Facebook page ‘Meanwhile in Australia’ and asked if anyone had more information. 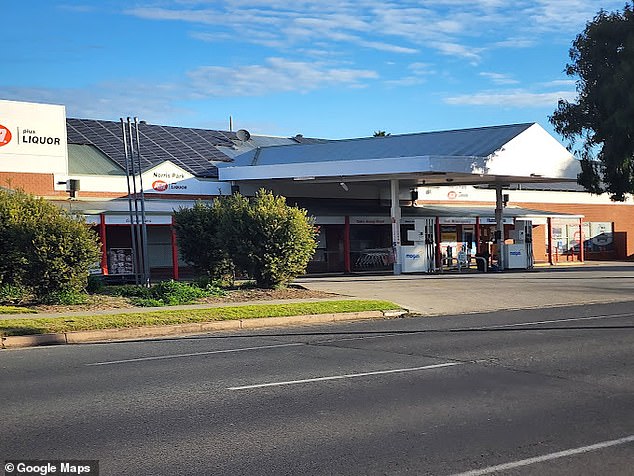 The owner of the Norris Park IGA in Albury, a town in southwest NSW, posted a note on the empty fridge to explain the absence of the popular drinks (pictured is the IGA)

They were quickly provided with an update on the mysterious saga, in the form of yet another notice posted to the same refrigerator door.

‘Apologies… milk will be in on Thursday due to the unprofessional and rude attitude of the distributor. They have the monopoly and don’t give a “Hoot”.’

IGS boss Gary Evans told Daily Mail Australia on Wednesday: ‘Bega has stepped in and Bega milk will be back on our shelves as of Monday’.

He elaborated on the rift on 2GB radio, saying the distributor of the flavoured milk, Juicy Cow, was the only company with the rights to sell the drinks in his local area. 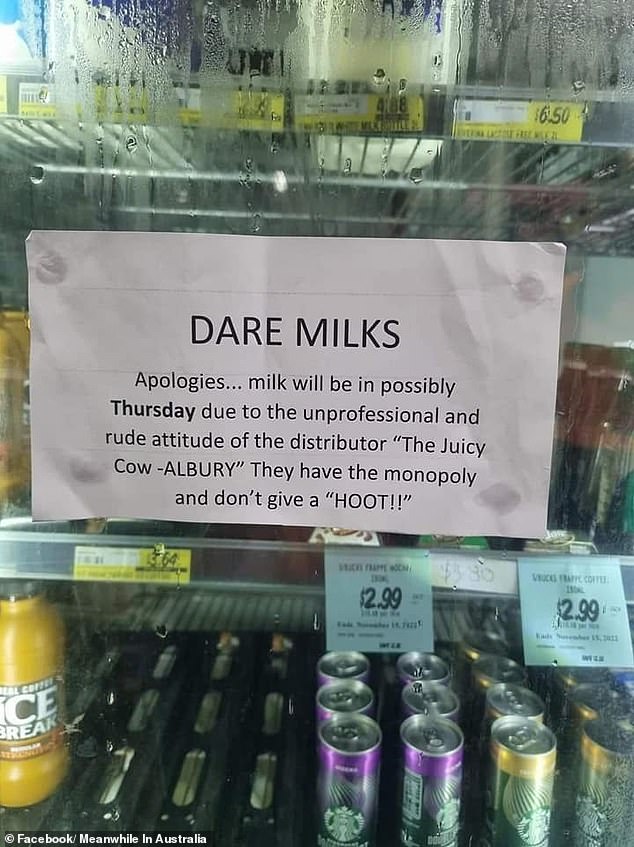 ‘They have the sole rights. No one else can deliver it,’ he told host John Stanley.

‘The biggest issue with all this is communication. We will ring, we will email, but we don’t get any return phone calls, or anything like that.’

Mr Evans said his beef with the distributor began back in October, when the store failed to receive any flavoured milk ahead of a busy weekend.

He claimed the provider had told one of his employees they were short-staffed.

‘It’s a really great milk. It’s popular with the locals, with the tradies, we’ve gone across to another brand which is Oak and that’s selling rather well,’ he continued.

‘Again it’s a good milk, he’s the only distributor, and he won’t even talk to us.’

Social media has been littered with hilarious puns after the spat was shared on social media.

‘I was thinking they have a moonopoly…’ another joked.

‘So much drama! Udderly ridiculous,’ a second wrote.

‘I Dare ya to hold off on deliveries for a month. I double espresso dare ya,’ another commented. 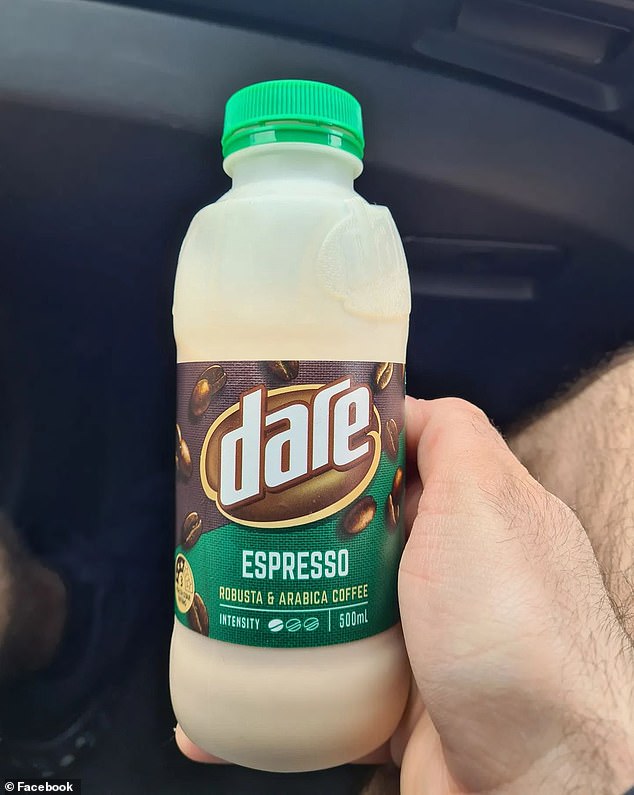