IKEA says single duvets for couples are best for sleep

Under the cloak of darkness, a nightly battle often ensues in households across the UK as couples war over a double duvet.

However, Scan could be easily solved by two single duvets, at least according to Scandinavian furniture giant IKEA.

Scandinavians sleep better because they prefer to have a duvet each, often in the individual sleeper’s preferred tog.

Swedish furniture goliath IKEA is about to release the ‘TOG-ether’ bundle; essentially two single duvets sold together, a concept that is hugely popular in Scandinavian countries 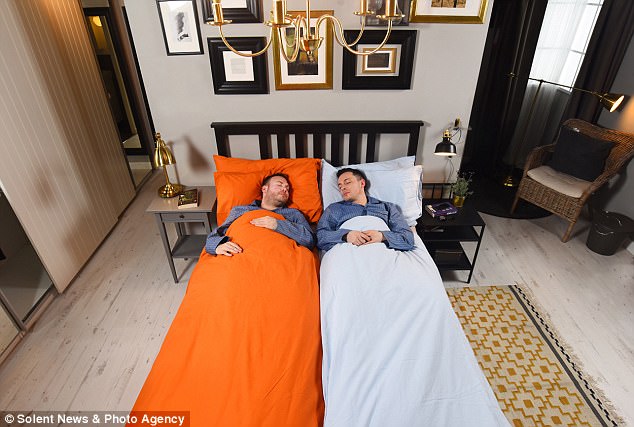 War is over? The firm says that nearly half of bed-sharers complain about a poor night’s sleep because they sleep alongside someone who hogs a double duvet for themselves

The global chain’s ‘TOG-ether’ campaign suggests that nearly 50 per cent of us suffer poor sleep because we’re at the mercy of someone else pulling a duvet away from us in the dead of night.

With women said to be the worst affected by duvet hogging; the chain’s research says that many often retreat to the sofa for a good night’s shut-eye.

The company’s drive to get people to sleep better includes selling two separate duvets in one bundle.

Textiles leader at IKEA UK and Ireland, Carol McSeveny, said: ‘Many of us find that not getting a good night’s sleep is becoming a regular occurrence. Getting enough sleep is of upmost important for us to remain healthy and optimise our wellbeing. 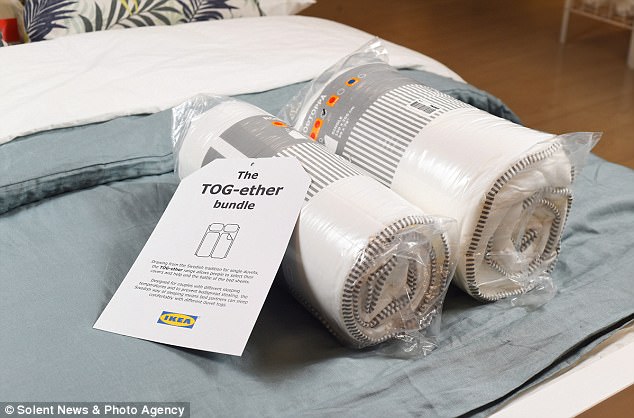 Are single duvets the key to a perfect night’s sleep? The TOG-ether bundles will go on sale from next week 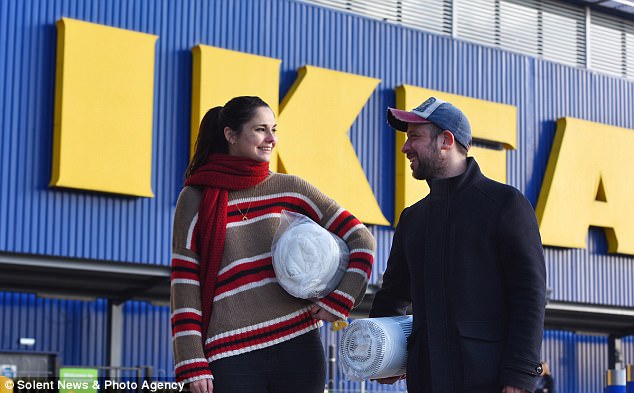 Women are more likely to be victims of a duvet thief in the dead of night, according to research conducted by the Swedish furniture giant

‘This is why we have introduced this traditional Swedish sleep trend of using two single duvets instead of a double, in UK stores for a short period, allowing couples to select a duvet from the bundle that suits them.’

Combinations of bundles include a 7.5 tog with a 12 tog. Duvets go on sale at UK IKEA stores on 27th January.