I’m A Celebrity: Emily Atack looks petrified as she PARACHUTES onto a beach

She will be plunged into the critter-infested I’m A Celebrity… Get Me Out Of Here! jungle in Sunday’s big launch.

And Emily Atack, 28, ensured she made an arrival no-one would forget, as she parachuted onto the beach at Lennox Head, near Byron Bay, Australia, on Saturday.

Clad in a bright yellow boiler suit, The Inbetweeners actress looked petrified as she soared through the skies and landed on the sand to join her fellow campmates from the ‘Yellow Team’ – singer Fleur East, The Vamps guitarist James McVey, The Chase’s Anne Hegerty and EastEnders actress Rita Simons.

The blonde beauty seemed gripped with fear as she descended to the beach, with a professional behind her guiding them both to a safe landing.

After the adrenaline ride, Emily seemed relieved to be back on firm ground and grinned as she took off her safety goggles and ran to join her fellow teammates.

Scraping her golden tresses back into a simple updo and appearing to forgo make-up, the actress appeared to already be embracing the understated jungle look.

Emily will be joined on the show by a series of famous faces, including football legend Harry Redknapp and TV presenter Nick Knowles.

Gravity-defying: Clad in a bright yellow boiler suit, the 28-year-old Inbetweeners actress yelped as she soared through the skies and landed on the sand

After landing on the beach, the Yellow Team sprinted to an aptly-coloured yellow jeep, which ferried them across the sand to their next location.

TV icon Noel Edmonds is rumoured to be a last minute addition to the line-up, earning a reported £500k for his inclusion.

It will be the first year that Declan Donnelly will have presented the show without his beloved sidekick Ant McPartlin by his side.

Ant is taking a year off work to deal with his personal demons and close friend Holly Willoughby is going to be filling in for him.

The show’s stalwart, Medic Bob, has said Holly is the ‘most scared’ he has ever seen anyone on the series as she has a phobia of most bugs.

After landing at Brisbane airport, Emily said: ‘I’m young and single so I’m open to love wherever it might be. 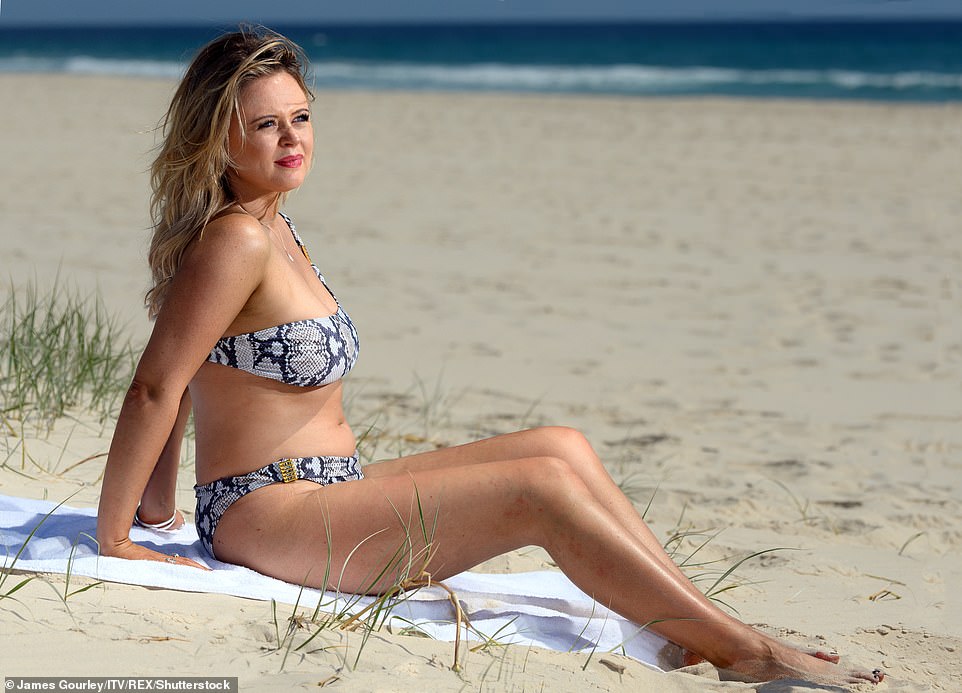 Stunning: Emily showed off her curves in a one-shoulder snakeskin print bikini as she hit Surfer’s Paradise beach in Australia earlier that day

Siren: She added a pop of colour to her ensemble with a slick of ruby red lipstick

‘I’m really happy John Barrowman’s in there. I know he’s gay, but still I would quite like to cuddle up with him. I’m a huge fan of John, I’m so happy he’s going in.’

It was recently claimed that Emily went on a string of dates with Strictly star Seann Walsh in 2016, when he was still in a relationship with Rebecca Humphries.

The comedian hit headlines last month when he was pictured kissing his married dancing partner Katya Jones on his then girlfriend Rebecca’s birthday. They have since split. 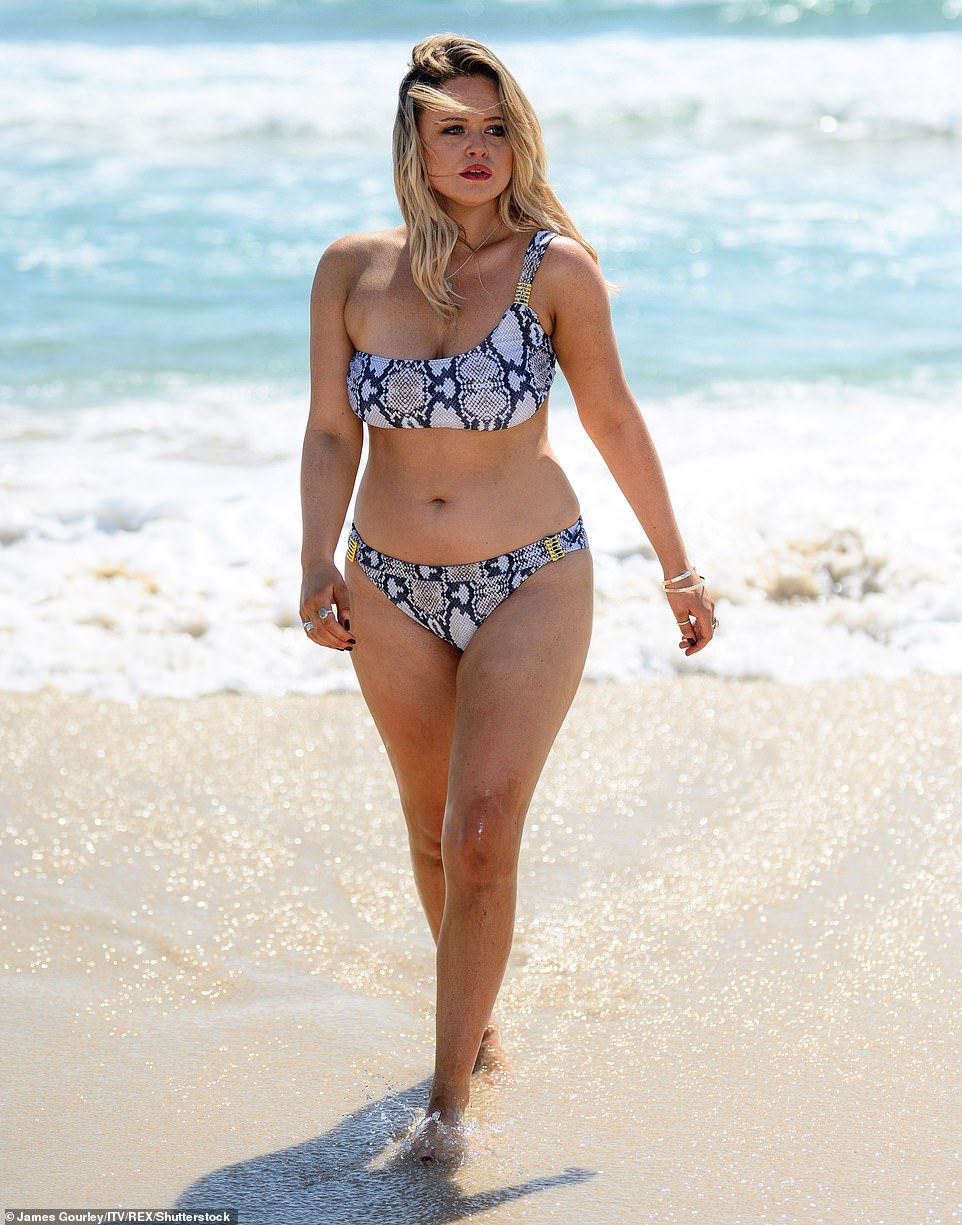 Wow thing: Her bikini by West Seventy Nine, had a python print and gold details on the brief and suited her figure perfectly 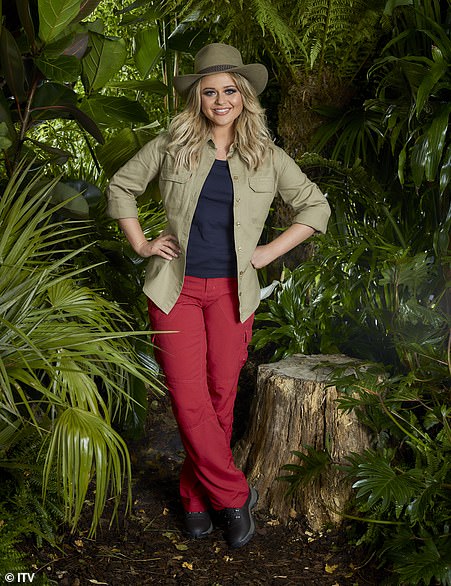 Claim to fame:  Emily rose to fame on The Inbetweeners as Will McKenzie’s love interest Charlotte Hinchcliffe. She was recently dragged into the scandalous Seann Walsh headlines when historic pictures of her and the funnyman emerged amid claims they had a secret fling years ago. 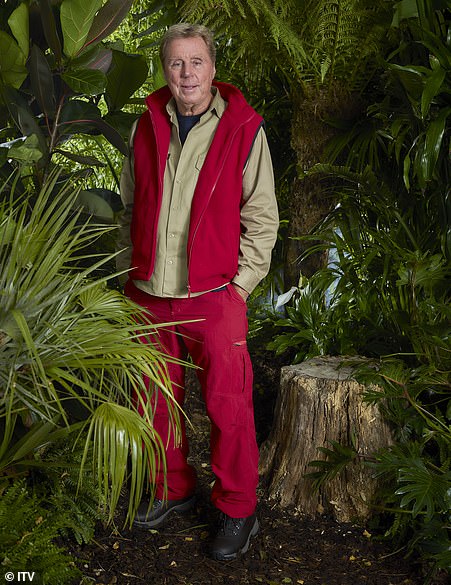 Claim to fame: Harry has managed several football clubs, with his most famous being Portsmouth where his side won the 2008 FA Cup and Tottenham Hotspur. He also has quite the famous family with his footballer son Jamie Redknapp and fellow footballer nephew Frank Lampard. 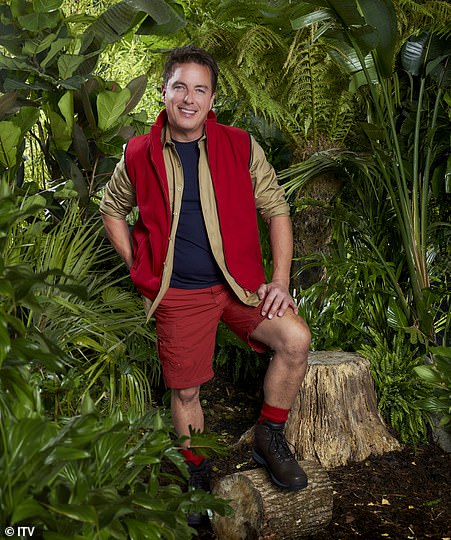 Claim to fame: John is a famous actor known for his roles in Doctor Who, Torchwood and Desperate Housewives – to name a few. He has also appeared in several Broadway and West End shows, including Chicago and The Phantom of the Opera. John has also released three compilation albums. 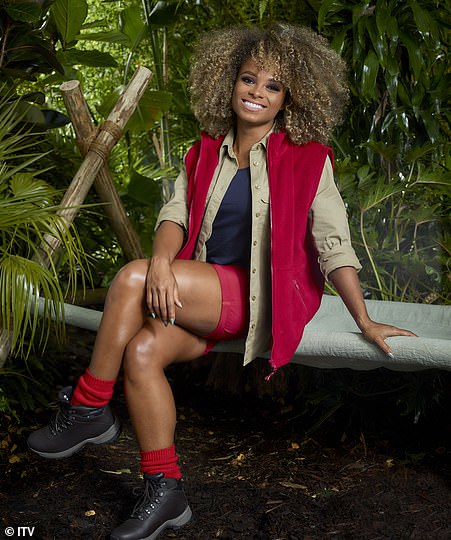 Claim to fame: Fleur rose to fame on The X Factor in 2014 where she finished as a runner-up. During her time on the competition, she became the first contestant to reach number one with her energetic performance of Uptown Funk. The talented songstress went on to release her hit single, Sax, which reached number three in the UK charts. 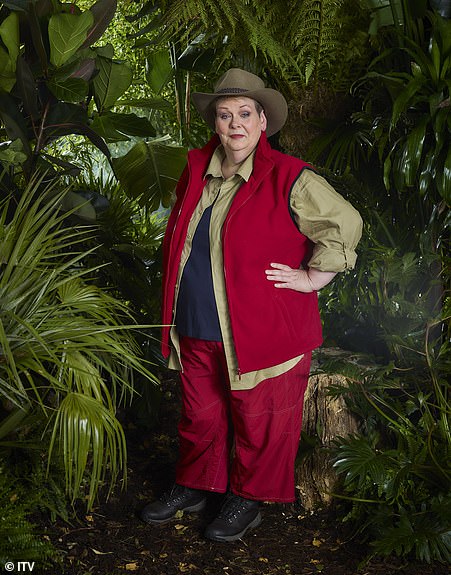 Claim to fame: Anne has made a name for herself as a television quiz personality on The Chase, where she is nicknamed ‘The Governess’. She also hosts her own game show, Britain’s Brightest Family. 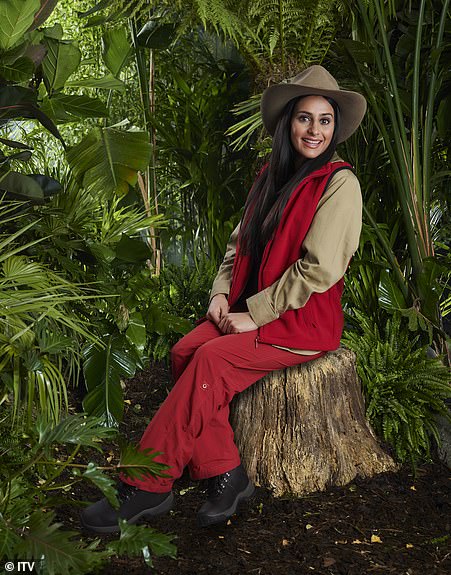 Claim to fame: Sair stars as Alya Nazir in Coronation Street and joined the cobbles in 2014. The actress will be following in the footsteps of her co-star Jennie McAlpine, who appeared on the 2017 series. 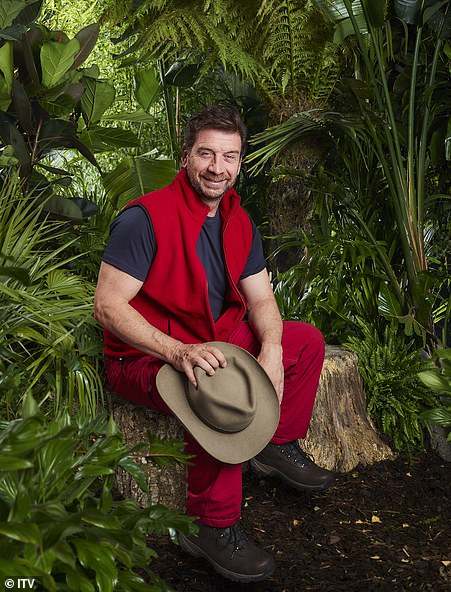 Claim to fame: Nick rose to fame on DIY SOS in 1999, which he still presents now. The television presenter has also hosted Who Dares Wins and 5-Star Family Reunion. 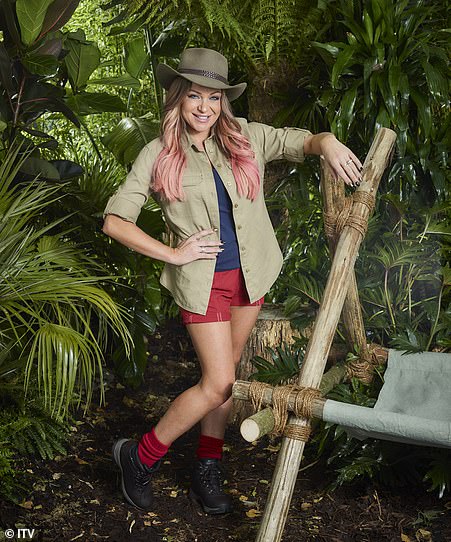 Claim to fame: Rita rose to fame in EastEnders as Roxy Mitchell, first stepping foot in Walford in 2007. The actress’ character was sensationally killed off in a dramatic New Year’s Day episode in 2017, where she and her on-screen sister Ronnie tragically drowned in a swimming pool accident. Rita’s uncle is Billionaire businessman Lord Sugar. 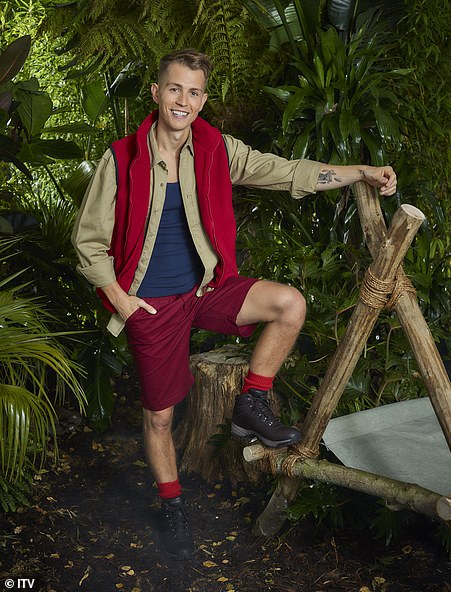 Claim to fame:  James is lead guitar and vocals in the British band, The Vamps, formed in 2012. The four-piece boy band have toured with Taylor Swift, Selena Gomez and Little Mix. 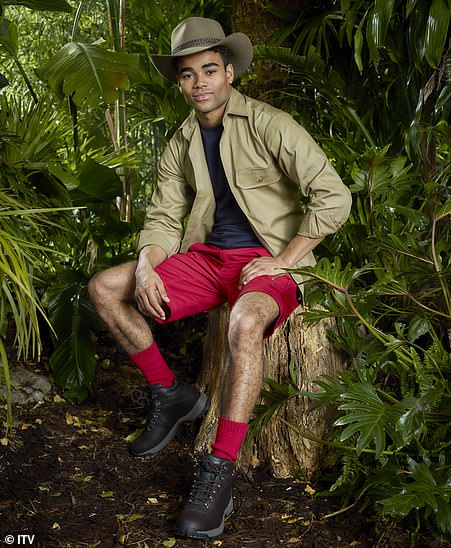 Claim to fame: Malique currently stars as Prince McQueen in Hollyoaks and joined the soap in 2016. The actor is following in the footsteps of his co-star Jamie Lomas, who appeared on the 2017 series.