An illegal immigrant who brutally murdered his boss by stabbing him more than 50 times and battering him with a chapatti pan has been jailed for life.

Café boss Satnam Singh Blugher – who was dubbed the ‘Asian Gordon Ramsay’ due to his temper – was killed in a ‘chilling and cowardly’ attack by Belkar Singh on July 25 last year.

Following the attack, the 58-year-old kitchen worker then calmly left in a taxi after stealing £47,000 of the grandfather-of-four’s life savings from a safe.

A court heard how Mr Blugher, 67, who was known as Mr B, had kindly given Singh a job washing dishes at his café when he arrived from India 12 years ago.

But in a ‘premeditated’ attack that was motivated by greed, he attacked his boss at Tony’s Diner, in Shrewsbury, Shropshire, with a knife and cooking pans.

Mr Blugher was found with multiple stab wounds on the floor’of the kitchen in a pool of blood by his son Hardeep the following day. 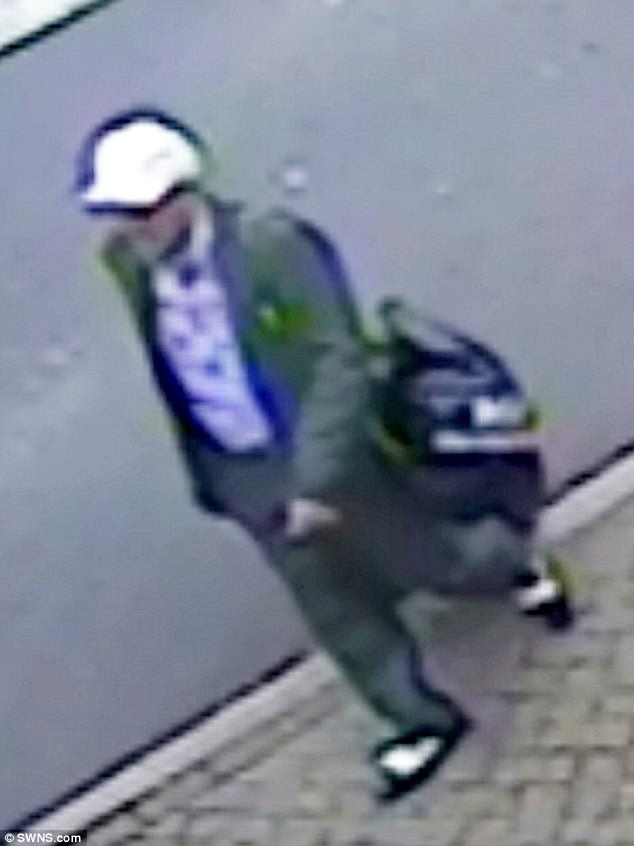 Following the attack, the 58-year-old kitchen worker then calmly left in a taxi after stealing £47,000 of the grandfather-of-four’s life savings from a safe

Singh was arrested and charged with murder after police found the stolen cash at his property in Handsworth, Birmingham, on July 27.

On Tuesday, he was jailed for life to serve a minimum of 27 years after he was found unanimously guilty at Stafford Crown Court.

Sentencing, Judge Michael Chambers said: ‘The evidence which implicates you is overwhelming.

‘Both the devious and manipulative way you have sought to deceive the jury and malign the children of Mr B in the case that was put forward by those who represent you, under your instruction.

‘I am afraid it just goes to underline that this was a premeditated murder by a devious man.’

The judge added: ‘Mr B had worked hard to establish a successful business which benefits not just him and his family.

‘Mr B was a man who expected high standards from the staff, but on occasion spoke to them harshly, but that was a world apart from any employee wishing him dead. 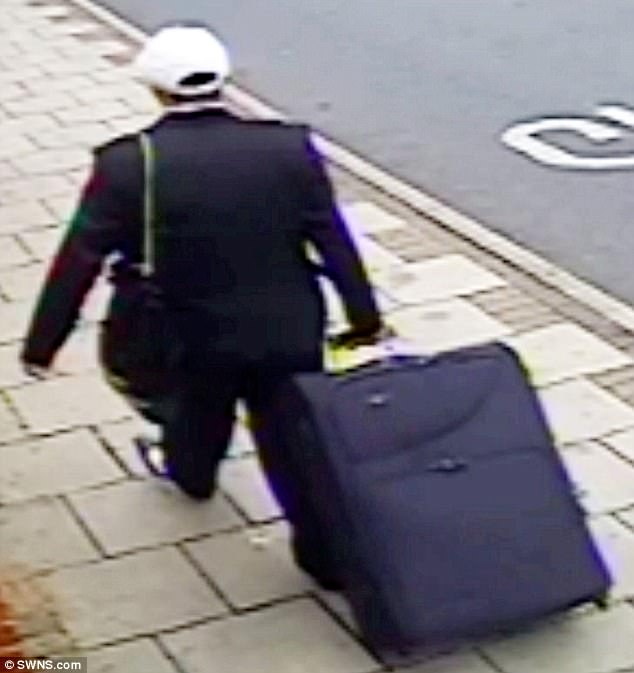 Singh was arrested and charged with murder after police found the stolen cash at his property in Handsworth, Birmingham, on July 27

‘The only person who felt that embittered was you.

‘The reality was that he and his son showed you particular kindness, especially you as an illegal immigrant.

‘They offered you board and lodgings and helped you to attend appointments in Birmingham.

‘In June of last year, you decided to kill him for his money with the intention of disappearing and starting a new life.

‘Although this was a premeditated act, it is unclear when precisely you formed that intention.’

The judge added that the killer had shown no remorse for his actions, something he described as ‘chilling’.

The court heard in the period just before the murder, diners reported hearing two men arguing ‘in a foreign language’.

After a delivery man could not get into the café, he called Hardeep on June 26, who arrived at the diner to find his father’s body on the floor at around 4.40pm.

Hardeep told the court his father had 30 years experience as a chef and was like ‘an Asian Gordon Ramsay’ with high standards.

Singh had claimed two men had come in and murdered his boss as part of a ‘revenge killing’.

But waitress Christina Maddox recorded a conversation between Singh and her boyfriend Ram Gee, in which he said: ‘Boss is no more. He is dead. There was blood everywhere.’

Speaking after the sentencing, Detective Inspector Mark Bellamy, from West Mercia Police, said: ‘Belkar Singh has today been found guilty of the murder of Satnam Singh Blugher in June last year, and today he has been brought to justice for his actions.

‘However, Mr Blugher’s family will spend the rest of their lives coming to terms with the loss of a much-loved father and grandfather and my thoughts are with them at what continues to be an exceptionally difficult and distressing time.

‘They have supported the investigation throughout and I would like to thank them for their support and dignity throughout the process.

‘Although nothing will bring Satnam back to his family and friends, I hope that today’s outcome brings them at least a small sense that justice has been done.

‘Satnam ran his business in Halfway House for some 15 years, during which time he made many friends in the local community.

‘Many people were shocked and appalled when news of his death was announced in summer.

‘I would like to thank those who came forward to support our investigation by providing information and statements.

‘Finally I’d like to thank all of the officers and staff working on this investigation for their hard work and determination throughout, in order to bring the case to court.

‘Although crimes of this nature are thankfully rare within our policing areas, this sentence highlights the complexity of the six-month investigation which took place in order to bring this offender to justice.’