This is the incredible moment a Little League baseball player with one arm hits a home run at his season opener game.

Tommy was born missing most of his right arm but he’s already defied any doubts over his athletics abilities by becoming a golf prodigy.

His skills are so unparalleled that he’s played with Tiger Woods and was even featured on the Ellen show for his impressive golf skills.

Now it looks like the boy is paving the way to becoming a baseball legend too.

Posted by Tommy Morrissey – One Arm Golfer on Saturday, 23 February 2019

Eight-year-old Tommy Morrissey, who has one arm, has gone viral for hitting a home run for the St. Louis Cardinals’ Little League team on Sunday 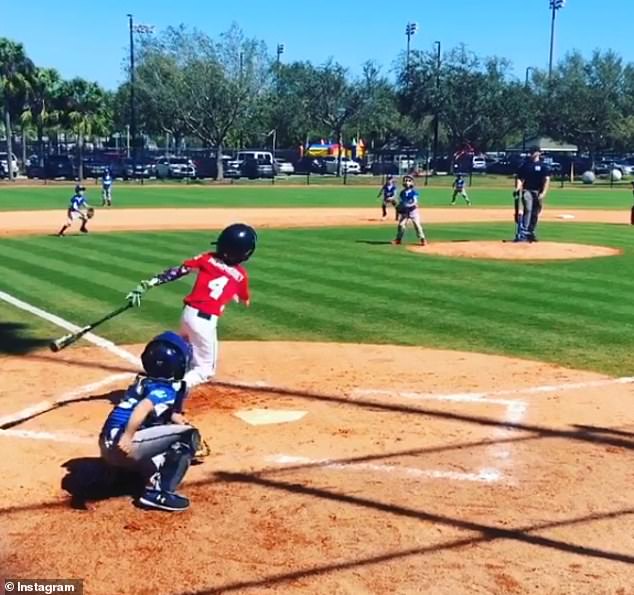 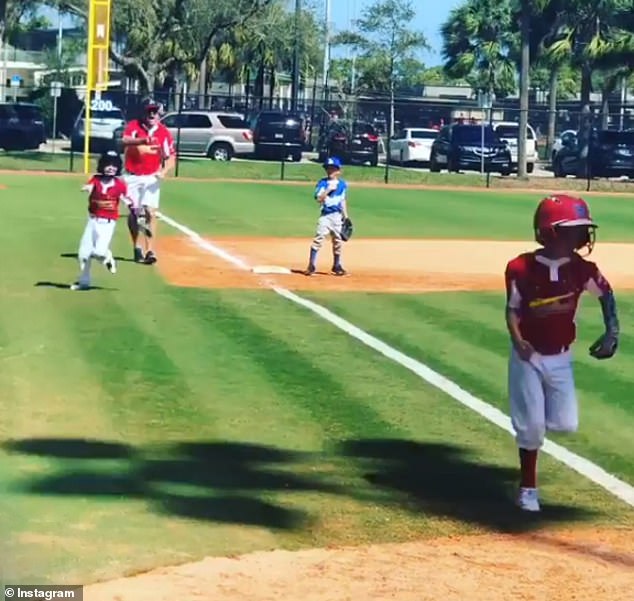 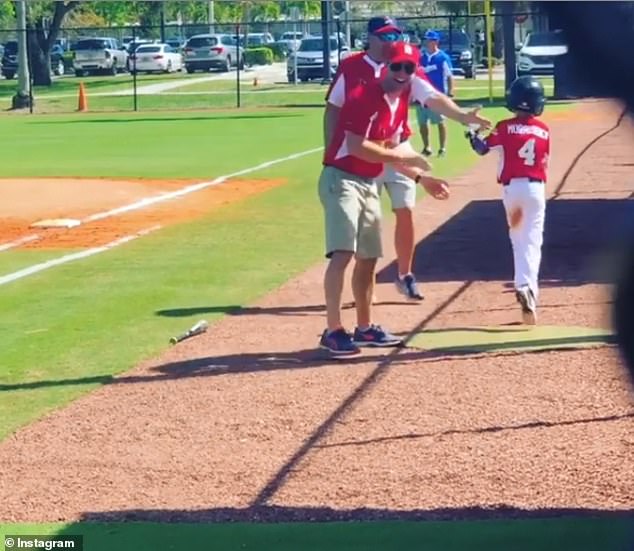 The heartwarming clip has already racked up 26,492 views on Instagram with Instagram users proclaiming young Tommy as a baseball legend

Adorable video from Sunday’s game shows the moment Tommy hits the ball with his bat with a ‘clink’ and it flies into left field as the crowd erupts in cheers and applause.

Little Tommy then speeds through all the bases. When he makes it back to home base with ease he jumps for joy and high-fives his coaches.

‘I stepped up and sent it to the fence,’ he said on his home run hit. 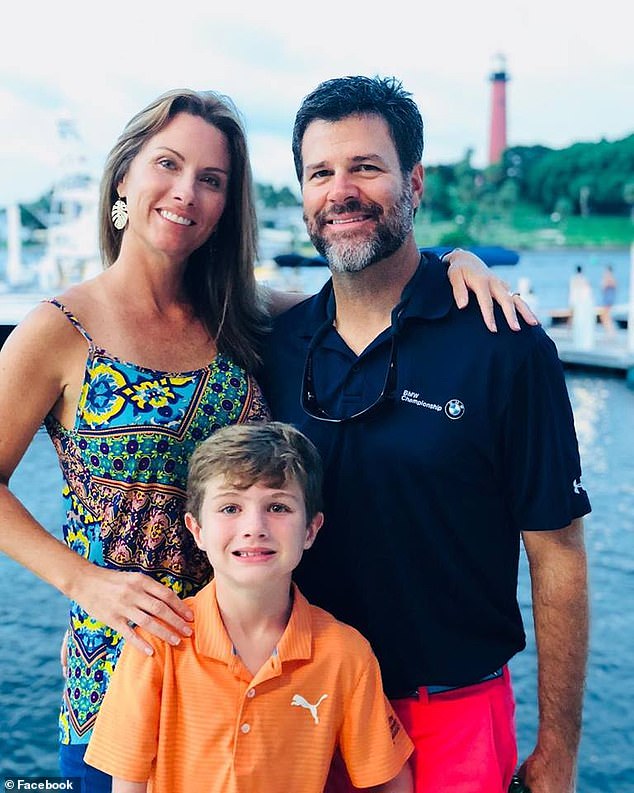 Tommy is from Palm Beach Gardens in Florida, pictured above with his parents Marcia and Joe Morrissey 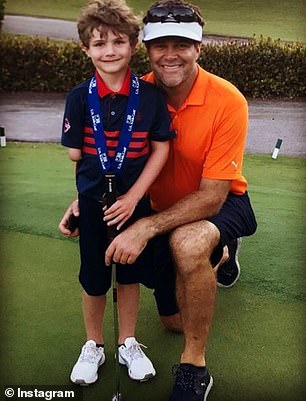 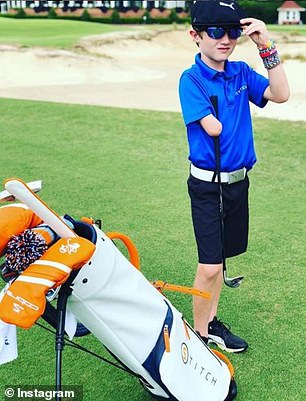 The heartwarming clip has already racked up more than 26,000 views on Instagram with users hailing the player a baseball legend.

‘Not only can you hit your a fast runner keep it up boy!’ one Instagram user wrote.

‘Awesome Awesome kid! Can definitely see you in the near future on the baseball field Pro! The world needs more of you. What an inspiration,’ another fan added. 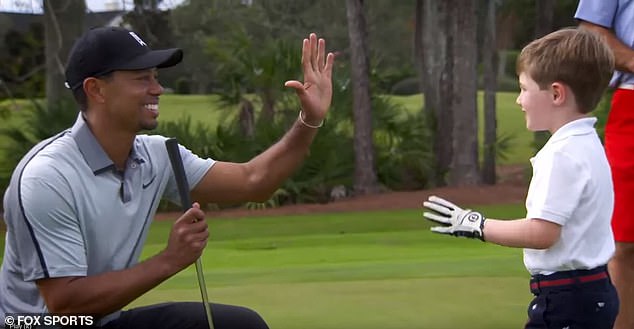 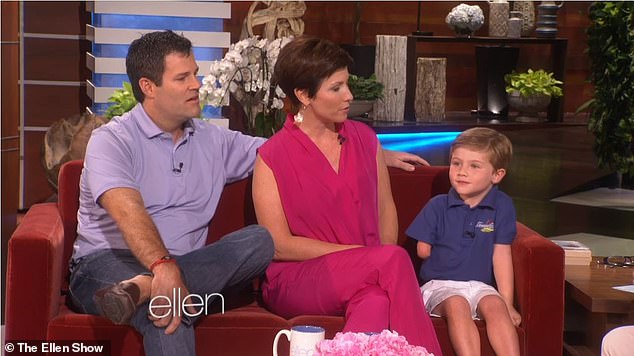 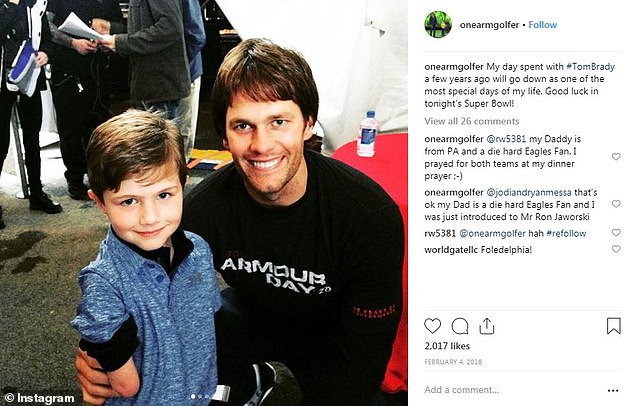 ‘You are the man and fast as lightning!!!’ another Instagram user added.

Tommy was just three when he skyrocketed to stardom over his golfing talents, hitting stunning shots with his one arm.

His skills got him to the highest ranks of the U.S. Kids World Golf Championships and led Tiger Woods to meet him on the golf field to put around.

Hearing about the child prodigy, the Cardinals inviting him to Spring Training this season and it looks like Tommy’s already exceeding expectations.