It’s alive! Incredible moment frozen fish is brought back to life after being defrosted with warm water

Footage has emerged of a frozen fish being brought back to life after being defrosted with warm water.

The video, filmed in Japan, shows a fish being covered in crushed ice and stored in a box until it was frozen solid.

A group of men take the fish out of the box an drop it into a tub of warm water where it lies motionless for a couple of seconds.

Footage has emerged of a frozen fish, which was brought back to life after being defrosted with warm water 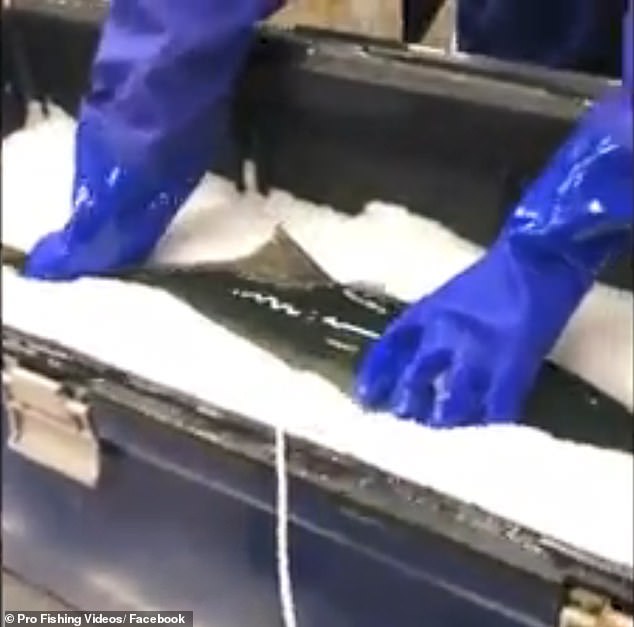 The fish is suddenly resurrected and flaps its fins vigorously as one of the men turns its body over to defrost.

The footage was uploaded on Pro Fishing Video’s Facebook page on Wednesday and has garnered 50,000 views since then.

A number of online users were left baffled as the fish was unexpectedly revived.

‘What kind of sorcery is this,’ one user wrote.

Another user was left in disbelief and commented saying the video was ‘fake’.

Daily Mail Australia has contacted a fish vet to explain the bizarre phenomenon. 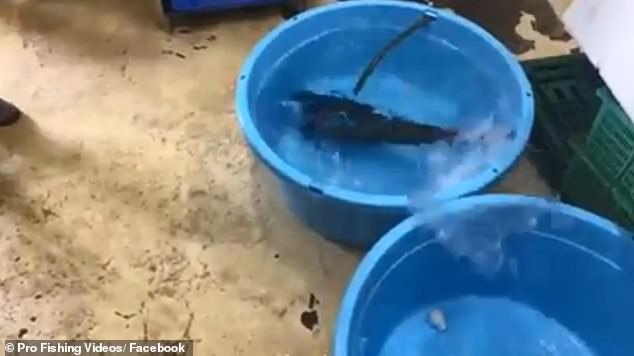 There have been several other cases of frozen animals being brought back to life.

A frozen kitten was revived in Utah, America, after a family performed CPR on the animal in front of a fireplace in December 2015.

Japanese researchers manage d to bring a water bear back to life in January 2016, that had been frozen for 30 years and survived.

The microanimal, which survived being frozen for three decades, laid 19 eggs, 14 of which successfully hatched.