It’s a Grand Final tradition for Auskick children to hand over the winner’s medallions, but one showed extra determination to get on stage this year.

Victorian boy Henry Baum, eight, was one of the Auskicker of the year nominees to hand over medals to Richmond players at the Melbourne Cricket Ground on Saturday.

In August, Henry captured the hearts of the AFL community when he was featured in the telecast of the West Coast Eagles and Carlton Blues match.

It’s a post Grand Final tradition for young Auskick children to hand over the winner’s medallions but one Auskicker, Henry Baum (pictured) showed extra determination to get on stage this year 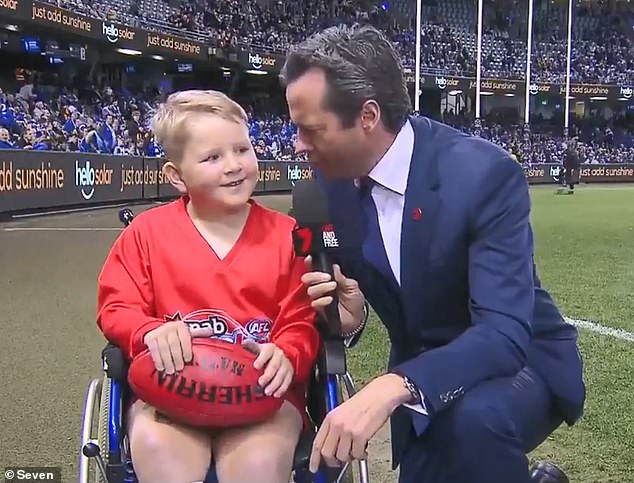 Henry had been diagnosed with Perthes’ disease, a rare childhood disease which affects the hip when ‘blood supply to the rounded head of the femur (thighbone) is temporarily disrupted’

Henry had been diagnosed with Perthes’ disease which he has been battling for the past 12 months, 7NEWS reported.

Perthes’ disease is rare among children which affects the hip when ‘the blood supply to the rounded head of the femur (thighbone) is temporarily disrupted’.

‘My hip died because of Perthes’ disease, the blood stopped flowing,’ Henry said during the telecast.

‘Now I’m in a wheelchair and I’ve also got some crutches.’ 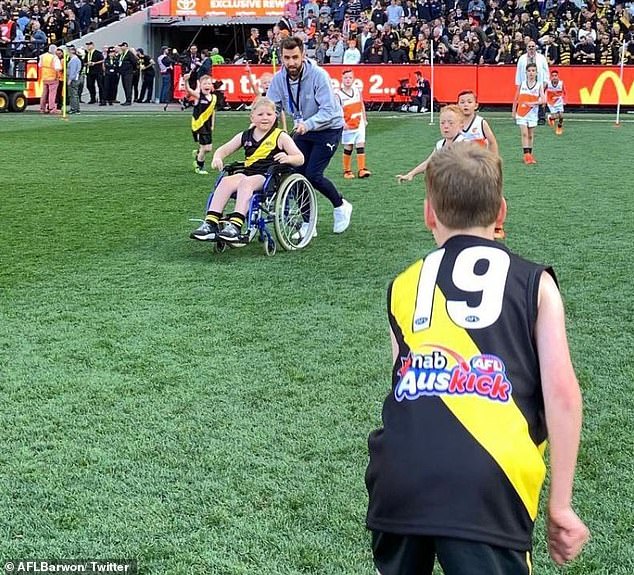 Henry Baum, 8, was on hand as one of the Auskicker of the year nominees two get to hand over a winner’s medallion players from the Grand Final winning side

The disease had limited Henry’s movement but he was determined to get up on the Grand Final podium without the use of either.

Henry was able to give the Grand Final medallion to one of Richmond’s standout players on the day, Bachar Houli, who took the time to share the special moment.

Houli embraced Henry as he was given the medallion, before holding each of the boy’s cheeks and telling him something only the two of them will know.

Perthes’ disease is a rare childhood illness but children who are diagnosed with it can recover fully, something Henry said he intends on doing.

In an amazing twist to the story a current AFL superstar, Port Adelaide’s Karl Amon, was diagnosed with the same disease when he was just five-years-old. 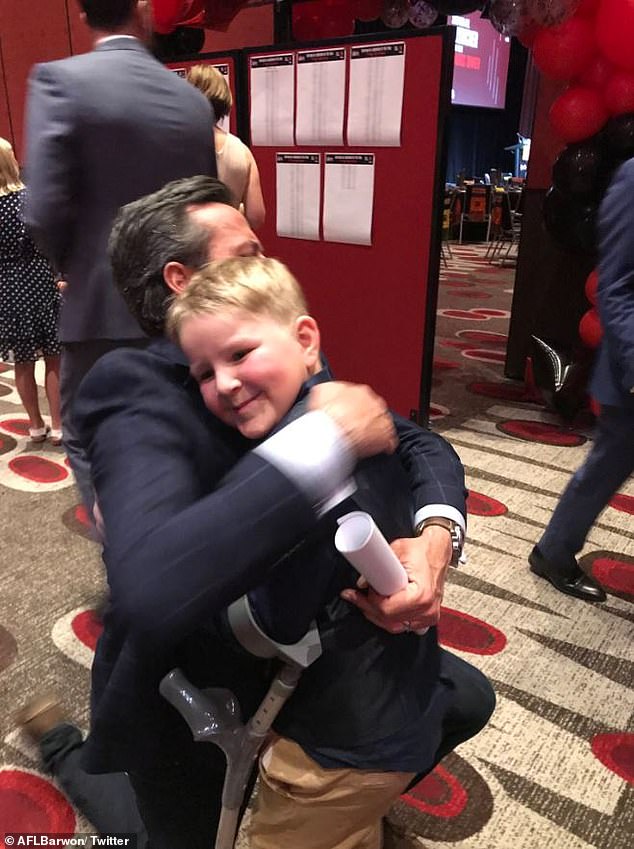