Insurers refuse to pay to Leicester mother who was in coma

A mother who was hours from death after spending two weeks in an induced coma has had a six-figure illness claim thrown out because her insurers deemed her not to be ill enough.

Kirsty Pollard, 42, spent 10 days on a life support machine after becoming seriously ill in March last year, and her family were told she might not make it through the night.

The administrator, from Hinckley, Leicester, suffered a nearly fatal combination of pneumonia, sepsis, swine Flu and multiple organ failures and is now warning others to read the small print on their insurance policies.

Insurers Aviva claim as she had no long term effects from the coma she would not qualify for a payout despite not being able to work for six weeks – although she believes she was due a figure close to £100,000.

Mrs Pollard said: ‘I was training for the Madrid marathon at the time so I was fit and healthy – or so I thought.

‘I had been at home in bed and thought I was suffering from flu but after 7 days I told my husband, Gregg, I needed a doctor.

‘She came to the house, took one look at me and said we needed to call an ambulance. 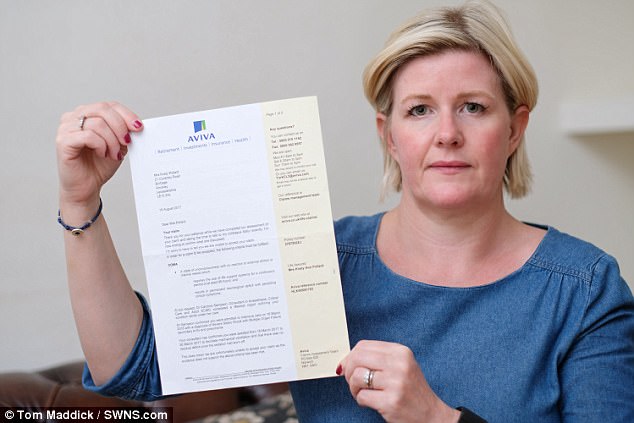 The administrator, from Hinckley, Leicester, suffered a nearly fatal combination of pneumonia, sepsis, swine Flu and multiple organ failures and is now warning others to read the small print on their insurance policies

‘I remember the journey but that is pretty much it.’

After spending days in bed with no recollection she was rushed to Leicester Royal Infirmary and her family were taken to a bereavement room where they were told by doctors that she may only have hours to live.

WHY WAS HER CLAIM REFUSED?

A letter sent to Kirsty said that in order to lodge a successful claim the following criteria must be met:

Coma: A state of unconsciousness with no reaction to external stimuli or internal needs which:

* Requires the use of life-support systems for a continuous period of at least 96 hours and:

Kirsty did not have permanent neurological deficit after her life support was turned off, therefore did not meet the criteria.

Kidney failure: Chronic and end stage failure of both kidneys to function, as a result of which regular dialysis is necessary.

Kirsty did not have end stage failure of both kidneys and did not require regular dialysis.

Sepsis: A life-threatening complication of an infection when the immune system causes injury to its own organs and tissues.

With the combination of swine flu and pneumonia – deadly diseases in their own right – causing some of her organs to shut down, doctors were pessimistic about her prognosis.

Mrs Pollard said: ‘It was absolutely devastating for them.

‘My family were told that I was the sickest person in the hospital and that I might not make it through the night.

‘My body just shut down but my fitness and the fact I was running so much had a massive impact on me not getting ill sooner.

‘Sometimes your body just keeps going and they think that made the difference.’

Mother-of-one Mrs Pollard spent two weeks in an induced coma and spent a month in hospital with Husband, Gregg, 41 and son, Sam, who was just five at the time, by her bed side.

Mrs Pollard said: ‘Sam asked my Mum if his Mummy was going to die, it was awful for him.’

She eventually made a full recovering, slowly returning to work to pay the bills after six weeks.

It wasn’t until the family decided to move house that she took a look at her life insurance policy and decided to make a claim.

Having paid £34.40 every month for the last five years Kirty believed she would be illegible for a critical illness insurance payout.

Mrs Pollard said: ‘When you’re so ill you focus on your recovery, I never thought about it until we discussed our home insurance.

After contacting Aviva she was told that her claim had been declined. 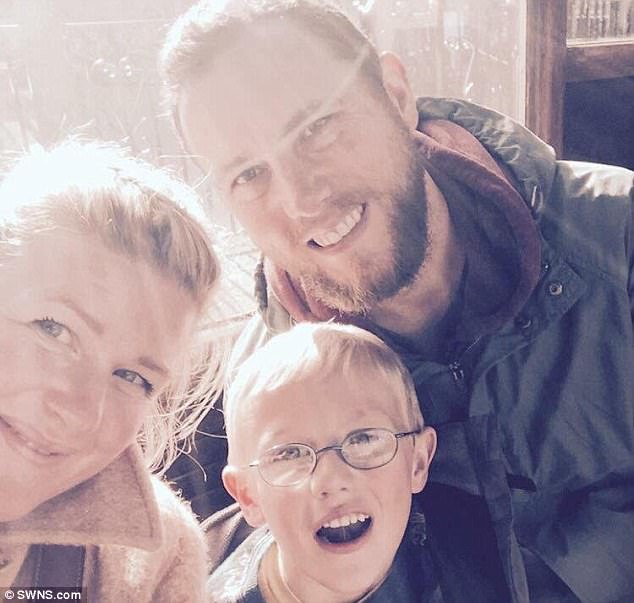 A family photograph of Mrs Pollard, 42, Greg Pollard 41, and son Sam Pollard, 7, of Hinckley, Leicstershire before Kirsty was taken ill

The insurers said that her condition did not fulfil any of the specified critical illness definitions stated in her policy and doctors confirmed she made a good recovery.

She said: ‘How can you be so ill that you’re in a coma and not be critically ill enough?

‘I don’t just fit into one category, I fit into four. 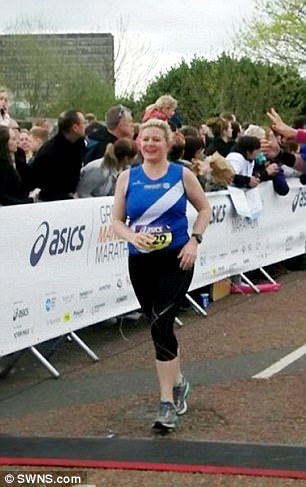 Mrs Pollard is a keen runner, and is pictured here competing in the Manchester Marathon

‘The money would have helped safeguard my son and do something nice for my family, It’s not like I’m going to fritter it all away.

‘I just want to make people aware that you take out these policies and you don’t read the small print.’

Mrs Pollard is now hoping to make people more aware of what they are paying into and will be cancelling her insurance policy.

‘I will be making a complaint but I doubt anything will happen.

‘I don’t think I have a leg to stand on but you think they would look at it more compassionately.’

She has now made a full recovery and is now back training for the Great North Run in a week’s time and will be raising money for suffers of sepsis.

A spokeswoman from Aviva said: ‘We recognise that Mrs Pollard is disappointed with the outcome of her claim.

‘We have reviewed all the facts and in considerable detail when determining the outcome and, unfortunately, Mrs Pollard’s condition does not fulfil any of the specified critical illness definitions on her policy and her doctors confirmed she made a good recovery. 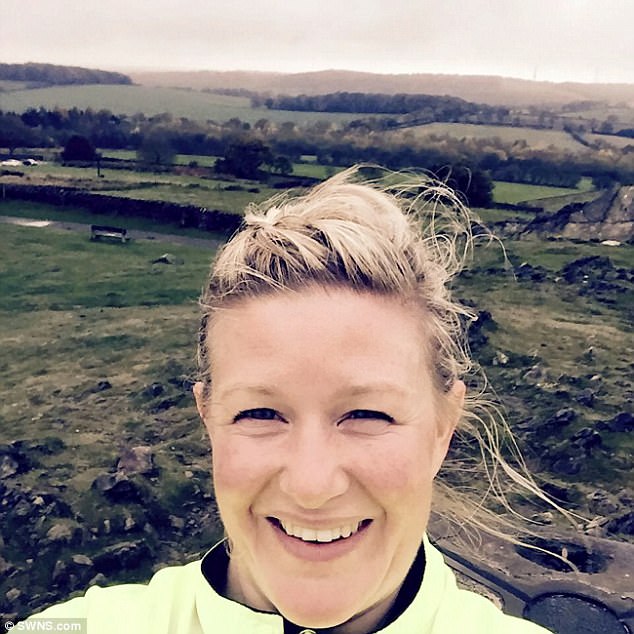 ‘At Aviva, we pay as many claims as possible but we are obliged to treat all of our customers fairly and consistently.

‘During 2016, Aviva paid out 92.3 per cent of all critical illness claims such as cancer, heart attack and stroke.

‘As Mrs Pollard used the service of a professional adviser when taking out the policy, it would have been their responsibility to make her aware of the policy details and exclusions.

‘We would also always emphasise the importance of consumers carefully checking and fully understanding the policy’s terms and what it covers when taken out.’