Is the Night Watcher ALSO the Wimbledon Prowler?

The violent burglar dubbed the ‘Night Watcher’ could be the same criminal who has terrorised a wealthy London suburb, a top detective said last night.

Police suspect a soldier is responsible for a series of raids on Home Counties mansions, taking valuables worth millions after brutally beating owners.

The Night Watcher spends weeks in the grounds of the homes he has targeted – noting every move before he strikes. 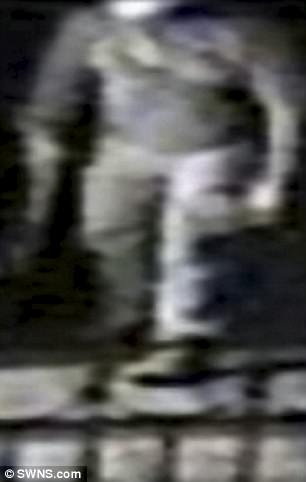 Detective Inspector Dan O’Sullivan said there were disturbing similarities with the unsolved case of a prolific intruder known as the ‘Wimbledon Prowler’.

The Prowler is responsible for a 12-year crime wave in which he has stolen cash and valuables worth up to £10million from 200 homes in South West London.

He is known for his skill in dismantling security alarms, evading householders and scaling properties.

The Night Watcher has been linked to at least seven raids, including a break-in at Goodwood House in West Sussex, the ancestral home of the Earl of March.

The Scotland Yard officer said he was urgently seeking information from colleagues investigating the Night Watcher in Surrey to see if the same person could be behind both sprees. He said: ‘There is evidence that my suspect also has military training or experience of the Armed Forces. He is highly disciplined and has left few clues.

‘In the offences committed in South West London the suspect has clearly observed properties but has avoided confrontation.

‘But if the psychological profiling of the individual is correct, he could be disciplined enough to “switch on” violence and intimidation when he needs it.’

His comments mark an extraordinary development in a case which has baffled investigators across four forces.

Over three years of raids, shocked homeowners have been threatened with a sawn-off shotgun by the masked Night Watcher who restrained them with cable ties before emptying their safes.

Police said victims were threatened and beaten, with one mercilessly pushed over on to her face after her ankles and hands were bound. 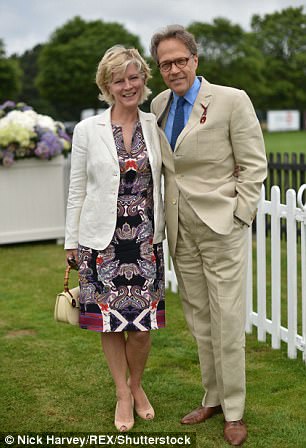 Among the Night Watchers are wealthy business people and the Earl of March, whose wife was ambushed inside Goodwood House, their ancestral seat

In one case he was caught on CCTV emerging from bushes before taking his shotgun out of a bag and calmly walking inside through an unlocked back door.

Among his victims are wealthy business people, while the Earl and Countess of March were tied up and beaten.

Despite repeated public appeals, including a Crimewatch reconstruction, police said they had run out of leads.

They suspect the burglar, who has a London or south of England accent, is a serving or ex-serviceman soldier due to his confidence, patience and use of cable ties.

Detective Inspector O’Sullivan said it was entirely possible the Wimbledon Prowler has used violence in other circumstances.

He said he had been struck by the military-style planning uncovered by the Surrey investigation, as well the way that both men operated alone, fitted a similar physical description and carried out extensive planning.

It is understood police have undertaken extensive profiling of the Wimbledon suspect, giving a disturbing insight into his character. His victims include former tennis champion Boris Becker and French ex-footballer Nicolas Anelka. In one raid he stole a safe containing £1million.

At the peak of his crime spree the burglar struck 20 times in four months but, unusually, he is not believed to have committed any offences this winter. Another distinctive feature of both cases is that the suspects have been able to dispose of their stolen goods without leaving clues for police.

The Ministry of Defence was under pressure last night to help police nail the Night Watcher.

Investigators believe the burglar is a serving or former serviceman – and are frustrated that officials will not give them access to a DNA database.

Furthermore, it is understood that troops give the information on the understanding it will be used only to identify those killed in action.

Tory MP David Davies said he understood why police were disappointed, adding: ‘It is a pity because this is a very serious crime.’

Last night Surrey Police declined to comment further on the stand-off, saying officers have good working relations with the MoD.

It is understood the defence department has refused similar requests from police in the past.

In one case officials said the database could not be searched as records were held individually and could not be cross-reference. The MoD said it was working with police but could not share the DNA due to data protection rules.

Detectives in Surrey have been surprised that none of the irreplaceable heirlooms, unique watches or unusual items of jewellery have appeared on the market. This has led them to suspect that either they were stolen to order or have been sold overseas on a black market.

Detective Inspector Dee Fielding, who is leading the Night Watcher inquiry for Surrey Police, said the culprit had ‘specialist knowledge and skills’ far above those of an ordinary burglar. She said officers were working with police elsewhere to assess whether he may have committed more burglaries.

‘We anticipate we will get some calls from other forces about further burglaries at similar houses,’ she said. ‘We work in an affluent area and it is not unusual to have multi-million-pound burglaries. We cannot rule out that he has committed further offences.’