‘It will be a big step’: Xhaka on Arsenal making the Champions League

‘It will be a big step’: Granit Xhaka says Arsenal returning to the Champions League will be huge after the upheaval following Arsene Wenger’s departure

Granit Xhaka believes Arsenal returning to the Champions League would be a ‘big step’ after the upheaval of Arsene Wenger’s summer departure.

Wenger left his role of 22 years at the end of last season and was replaced by Unai Emery, who is in the process of a rebuilding job at the Emirates Stadium.

Perhaps against expectation the Gunners are in the hunt for a return to the top four, currently sitting fifth, a point behind Manchester United ahead of the two sides’ clash next week.

‘It will be a big step if we return to the Champions League,’ says Arsenal midfielder Xhaka 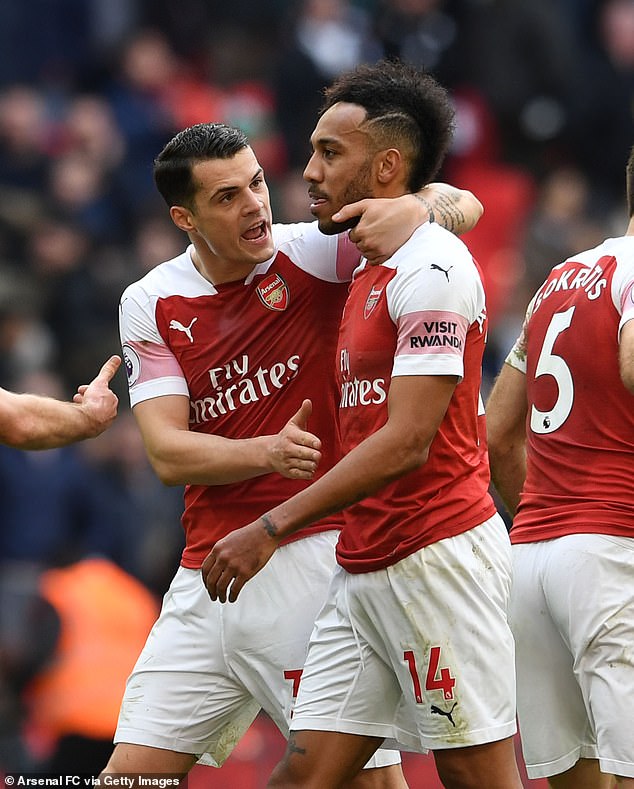 Xhaka, who played 90 minutes in Saturday’s 1-1 north London derby against Tottenham, says returning to Europe’s premier club competition after a spell in the Europa League will show their improvement.

‘After Arsene Wenger left, a lot of things changed at this club,’ he said. ‘We are happy with the coach and we have improved a lot, and we work a lot.

‘It will be a big step if we return to the Champions League. We want to. It’s not easy but we will keep working.

‘We need to show that on the pitch.’

The visit of United next Sunday could go a long way to deciding their fate and defender Sokratis Papastathopoulos knows it is a must-win game for Emery’s men. 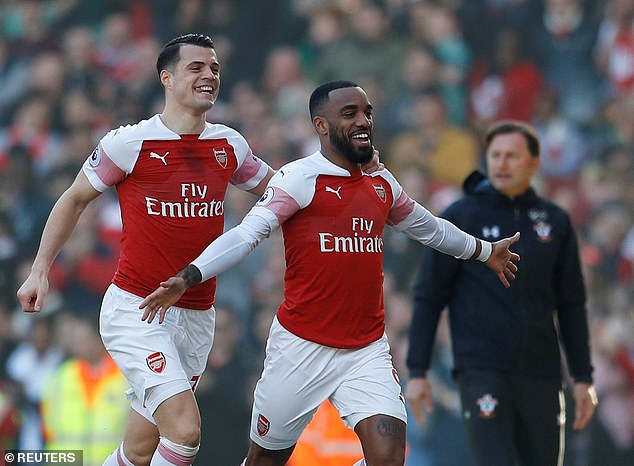 Arsenal are in the hunt to make it back to the Champions League, currently sitting in fifth

The Gunners will climb above Ole Gunnar Solskjaer’s side with the three points.

‘We have nine games and we are there,’ the Greek centre-half said. ‘Next week also is very important.

‘Big game. In our home we have to take the three points. What I saw against Tottenham, the spirit of the team, I am very happy and I think if we are like this until the end we can do it.

‘It’s not about how we play, it’s also that we have all started to believe that we can do it.

‘It’s very important for us and our manager that we take one of the four positions so that next year we are in the Champions League.’