It’s swanny rotten! How Asbaby the swan keeps up the family tradition of terrorising passers-by on a towpath

From a family of feathered felons, he has a history of behaviour so bad some might think he should be doing bird.

Asbaby the swan was still young when he was first seen pecking punters on the Cam in Cambridge, pinching their food and even trying to take handbags.

Now a fully-fledged swan, he is up to his old tricks again but this time he has come ashore because of lockdown. 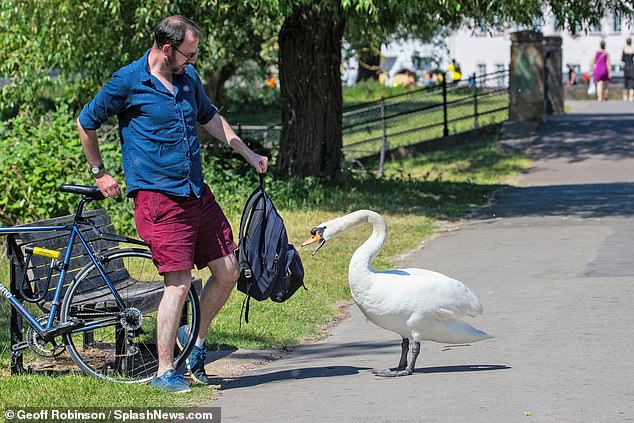 The feathered fiend, who is now a fully-fledged swan, was nicknamed Asbaby as a youngster when he pecked petrified punters on the famous Backs

With punts and boats stored away and no one on the river, Asbaby – the grandson of a vicious swan nicknamed Mr Asbo and son of another dubbed Mr Asboy – has taken to chasing people on the towpath.

He has been seen squaring up to a dog, attacking a man’s rucksack and going after a baby in a pushchair, besides hissing at pedestrians.

Resident Miriam Sharpe, 53, said: ‘He was standing in the middle of the towpath and wasn’t going to budge. 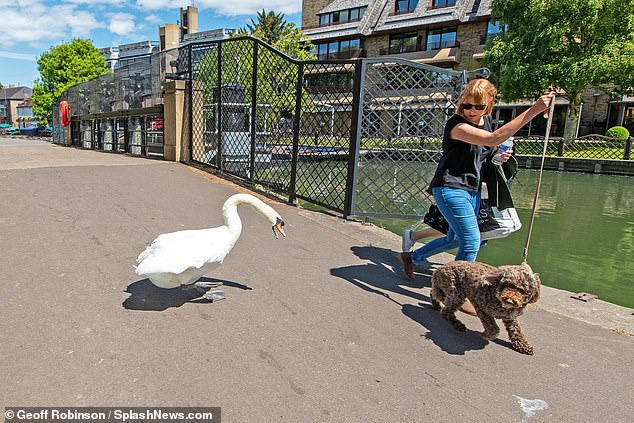 During lockdown punts and boats have been stored away and there is no one on the river, so now the savage swan has taken to chasing people on the towpath instead. Asbaby was today seen squaring up to a dog 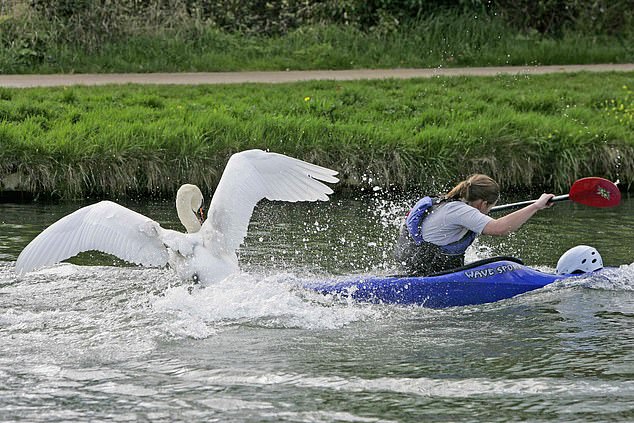 The bad-tempered bird spent the afternoon guarding the path, hissing at pedestrians and cyclists as they went past just like his grandfather, Mr Asbo pictured above

Asbaby is said to be even more vicious than Mr Asbo, who was moved from the river after attacking dozens of rowers.

Mr Asboy was renowned for snapping at swimmers and even tried to take on a cow. 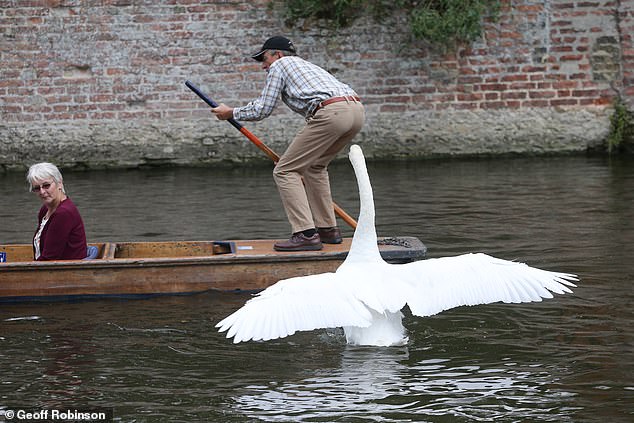