Ivanka Trump and her husband, Jared Kushner, were among the famous faces who attended Hugh Jackman’s 50th birthday party in New York City this month.

The Australian actor, who turned 50 on October 12, celebrated his milestone birthday at Donna Karen’s West Village space Urban Zen. In addition to the political couple, Oscar winners Nicole Kidman and Cate Blanchett were also at the fête.

A source told Page Six that some of the liberal attendees were surprised to see the first daughter and her husband, but everyone remained on their best behavior. 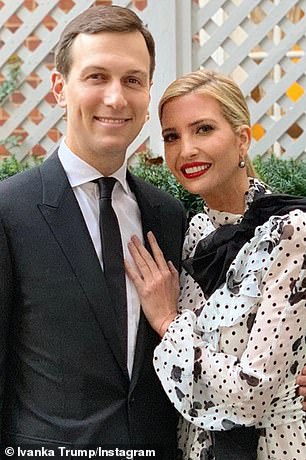 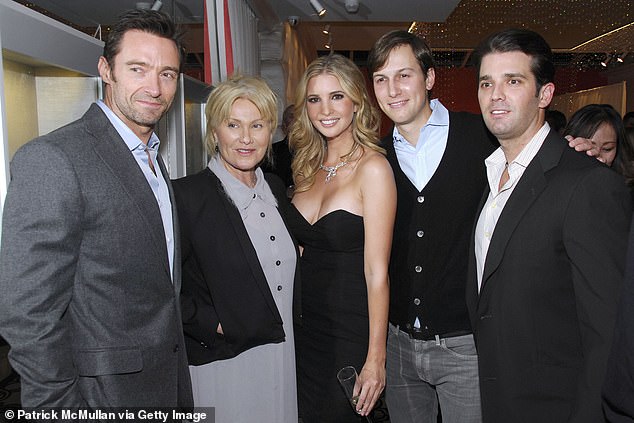 Old friends: Hugh has been pals with Ivanka for years. He and his wife, Deborra-lee Furness, 62, attended the opening of Ivanka’s eponymous fine jewelry boutique back in 2011

‘There was no snubbing. Everyone was polite,’ a source said.

Hugh has refrained from sharing his opinion on U.S. politics because he is Australian, but he did perform at Stronger Together, a 2016 fundraiser performance for the Hillary Clinton campaign at Broadway’s St. James Theatre.

The event raised a reported $2 million for her campaign.

Although he appeared to have supported her father’s opponent, Hugh and Ivanka have been friends for years.

He and his wife, Deborra-lee Furness, 62, attended the opening of Ivanka’s eponymous fine jewelry boutique back in 2011, and he called her ‘my lovely friend’ in a tweet from 2015.

More recently, Ivanka, 36, was seen giving the couple a hug and a kiss while leaving their Greenwich Village apartment building in June.

Although Hugh’s birthday is on October 12, his wife told People that she had to push back his party to the next week because he was working until three in the morning. 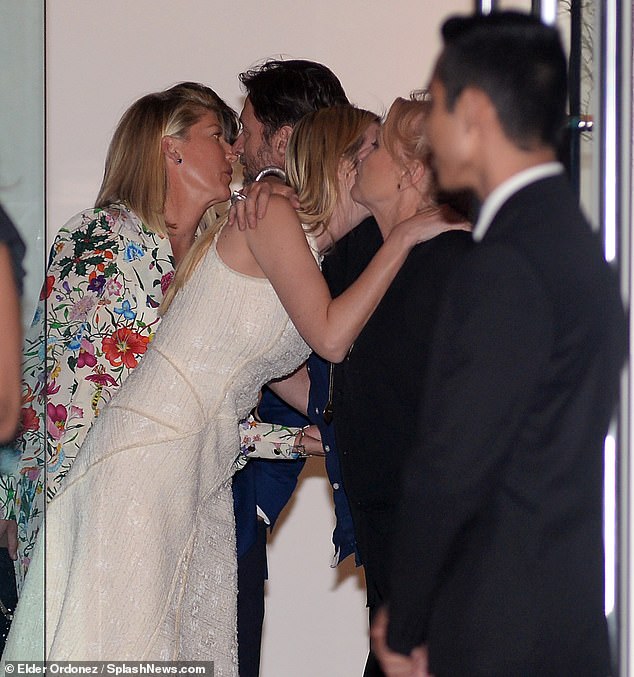 Catching up: Ivanka, 36, was seen giving Hugh and his wife a hug and a kiss while leaving their Greenwich Village apartment building in June 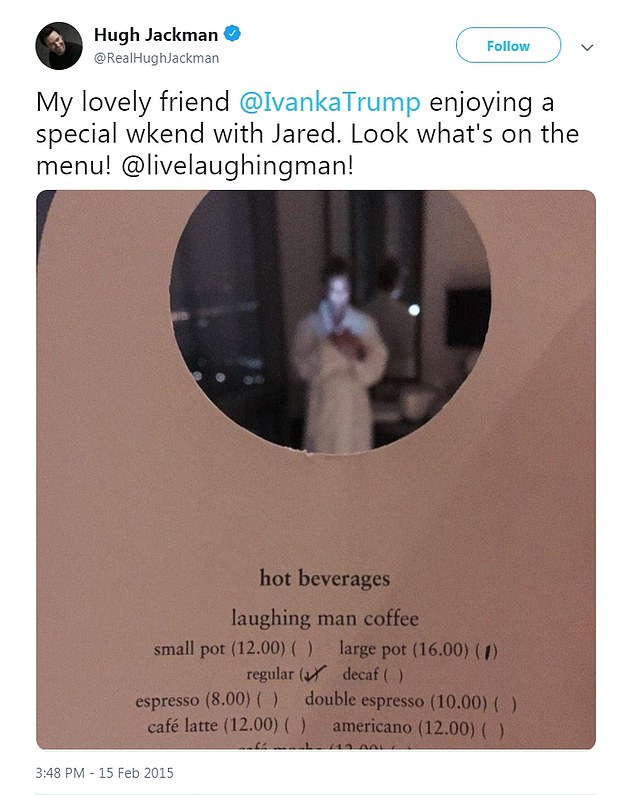 Looking back: Hugh, who has refrained from discussing U.S. politics, called Ivanka ‘my lovely friend’ in a tweet from 2015

It has been a busy month for Ivanka and Jared, who also attended his brother Joshua’s wedding to Karlie Kloss on October 18.

The two stayed in their New York City apartment for a few days before the wedding, which took place in upstate New York.

Although it’s unclear which guests were taken aback by Ivanka and Jared’s presence at the bash, Cate, 49, made it known last year that she is no fan of the current president.

During an appearance on The Tonight Show with Jimmy Fallon in 2017, she called Donald Trump’s inauguration ‘absurd’ and ‘ridiculous.’

Nicole, on the other hand, has kept quiet about her political affiliations.

The 51-year-old actress and her husband, Keith Urban, have dual American-Australian citizenship, and they both voted in the 2016 presidential election.

A-listers: Fellow Aussies Nicole Kidman, 51, and Cate Blanchett, 49, were also at the fête 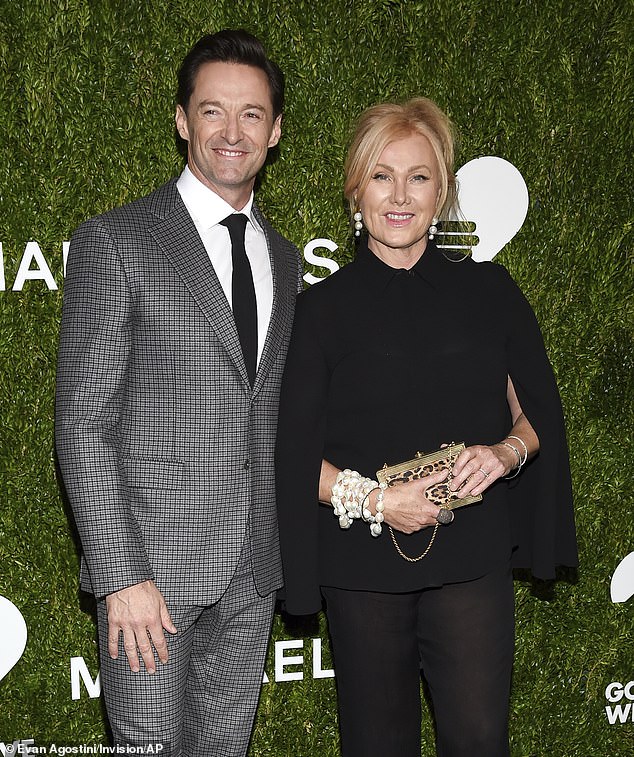 Planning: ‘If Deb had her way . . . the entire city of New York would be coming to a party,’ Hugh said of his birthday bash last month

However, they were among the few celebrities who decided to keep mum about which candidate had won their votes.

Nicole faced backlash last year after she stated that ‘we as a country need to support whoever’s the president because that’s what the country’s based on.’

She later clarified her comments, explaining she was just expressing her support for democracy and the American constitution.

Politics aside, the party was meant to be an unforgettable bash.

Hugh revealed in September that his wife was looking to throw him a huge party in honor of his upcoming birthday, and she wasn’t going to be skimping on the invitations.

‘If Deb had her way . . . the entire city of New York would be coming to a party,’ he told Extra. ‘So, yeah, the entire New York City is coming, and if you’re watching this and you’re not invited, I’m sorry, because everyone else is coming.’