Jaci Stephen on the sex lives of chameleons

The Secret Life Of The Zoo

Dating is tough for humans. How do you make yourself attractive to the opposite sex? How soon should you sleep with someone? Is this the person you can imagine yourself having children with?

But if you thought we had it hard, try being a chameleon, one of several creatures in the highly entertaining and informative The Secret Life Of The Zoo. A veritable breeding ground for endangered species, this was a revelation in the difficulties of sexual relationships in the nonspeaking world. The keepers had their work cut out with Eddie and Ruby. He was lazy and she just wasn’t interested, so love rival Charles was roped in to try to spice things up. With nonchalant Eddie not playing ball, Charles wasn’t aroused enough to engage in the pursuit because he needed a love rival in order to display his own prowess. So they had the genius idea of showing him his reflection in a mirror. That did the trick; he thought he was great after that (pretty much like men, then). Ruby was having none of it and, we discovered, female chameleons turn black as a means of saying ‘I don’t fancy you’. 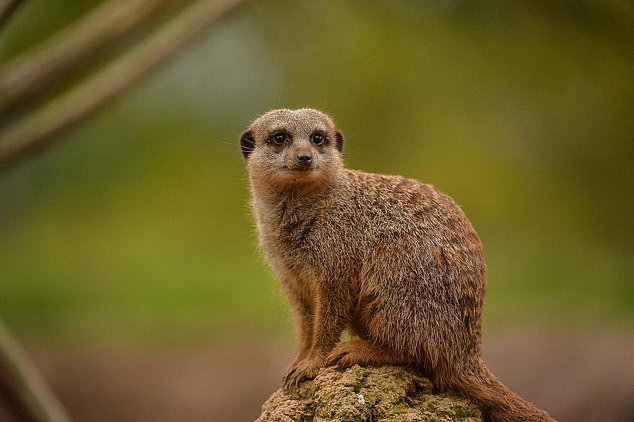 Breeding is complicated for meerkats. Nookie went on the back burner when they were housed with a few aardvarks

Ruby was so dark you could have lost her in a coal mine. It turned out she’d been pregnant all along, probably before her arrival. Breeding is just as complicated for meerkats. The keepers needed Beagle and Husky to get it on, but nookie went on the back burner when they were housed with a few aardvarks. Who could blame them? I’m not sure anyone could give a mate their full attention with a couple of aardvarks lurking under the bed. The biggest problem was the aardvarks’ untidiness, which stressed the meerkats out, and not until a ‘honeymoon suite’ with an aardvarkproof entrance was created did business resume.

Then there were the orang-utan sisters Subis and Emma, both impregnated by the same beast, a sort of Harvey Weinstein lookalike who had already fathered nine other children. Just when they thought Emma had given birth, it turned out that the baby was Subis’s and Emma was looking after it because her sister was sick. The keeper said this was the action of an intelligent, emotionally mature and empathetic creature. Hmm. Child-snatching springs to mind. 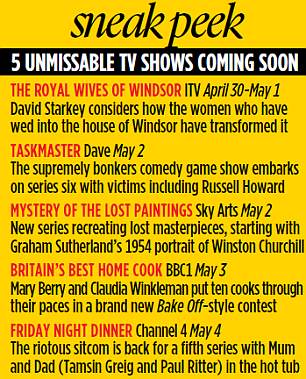 The keepers are a species unto themselves, and while hardly cut of the same cloth as The Real Housewives Of Cheshire, they are a loving, gentle, kind, sensitive lot. Exquisitely filmed in a way that gave every creature a distinct personality, and matched to music that heightened the sense of drama and sexual tension, this first programme in the new series delighted from beginning to end.

The animals in Nightmare Pets SOS were less pleasant. A parrot whose biting had landed its owner in A&E, a cat who soiled everything that stood still, a hyperactive dog – this was the One Flew Over The Cuckoo’s Nest of the animal world.

The team came up with trust-building exercises for the pets to do to curb their unlawful behaviour, and they all seemed to improve when there were ‘treats’ involved (yer don’t say!). It wasn’t particularly enlightening and I was left pondering only why people say, ‘Who’s a pretty boy, then?’ to parrots. They’re not. I’ve seen better looking aardvarks – this week alone.

There were a lot of dead animals in True Horror, which focused on an alleged haunted house in the Brecon Beacons, where ghosts apparently lurked and strange lights and electrical currents sent animals into a frenzy.

It was all perfectly explainable to me in terms of (a) science, and (b) the human imagination and a slightly dotty desire to believe in nonsense. With a mix of real-life interviews and fictionalised scenes, the programme did not convince me that anything untoward had ever taken place. It was, after all, hearsay.

One great ‘mystery’ was that Bill, who liked painting animals, had suddenly been unable to sell his work once he and his family moved to the creepy house. Here’s the real reason: Bill was a rotten painter. He then became drawn to ‘the dark side’ of life and started painting weird black shapes. The local priest, brought in to rid the house of evil spirits, thought he should destroy them. Me, too – for different reasons.

Far creepier was interviewee Pastor Matt Tricker, who looked like a deranged Jesus with an over-processed perm. Wild-eyed and speaking in sinister tones, he spoke of the rise of witchcraft in the area. His view was that Bill’s occult books needed to be destroyed because they invited evil spirits in. They were eventually burned, with one rising up to hit the priest in the face – ‘like Satan trying to get his own back’, his now widow said. Windy night was my guess. Trust me. I’ve been to the Brecon Beacons. Getting drunk at the Hay literature festival is as satanic as it gets.