Maybe the English are just too fussy. Maybe we just want too much.

Three games, seven points and a hat-trick of clean sheets. Top of the group and on to a last sixteen at home at Wembley next Tuesday. There isn’t a nation of the 24 who started out in this tournament who would not have signed up for that.

So what is our problem? Why do some of us feel a little underwhelmed by it all?

Maybe it’s because England haven’t excited us yet. A squad that arrived on the doorstep of this tournament bursting with youthful attacking talent has struggled to consistently play the kind of football we had been anticipating.

Jack Grealish was excellent early on, seeing plenty of the ball and turning to face up defenders

This was not a difficult group. Scotland are ranked 44th in the world, just ahead of Jamaica and Egypt. The Czech Republic are only four places higher. England have played their three group games at home.

So perhaps it’s not too much to have asked for a little more, not in terms of results but in terms of performances.

This 90 minutes was typical of much of what we have seen so far. There were moments when England found a rhythm and some forward thrust, playing with a tempo and a cutting edge. When Southgate’s players did that they looked capable of creating chances and scoring goals. But then there was the other stuff, the periods when England’s football sucked the life out of the crowd. At times they were leaden.

Southgate cannot be blamed for his selection. Dealt a bum hand when he lost Mason Mount in the build-up, he was smart to enough to protect Phil Foden from a second yellow card by leaving him in the stands and bold enough to give Jack Grealish and Bukayo Saka their first starts of the tournament. 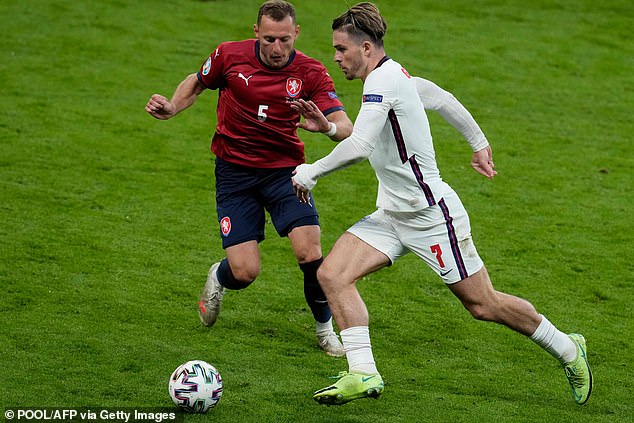 Saka perhaps edged the individual contest between the two but Grealish had his moments during what was England’s best half of football of the tournament in the opening 45 minutes.

The 25-year-old was never likely to waste this opportunity. One of the attractive things about him is that he plays football with such optimism. He is always looking forward – looking to front defenders up – and that was precisely what England needed after the static nature of the performance against Scotland.

Saka was outstanding early on over on the right hand side but the drive and go forward that he gave Southgate’s team was complimented on the other side by Grealish.

Not everyone in a white shirt seemed to get the message. At times the full-backs – particularly Kyle Walker on the right – were slow to shift the ball quickly enough.

But generally it was much better for a while. Grealish managed to find possession three times in good areas in the first three minutes. In the fifth minute, he was fouled for the first time. And then, of course, there was the goal. 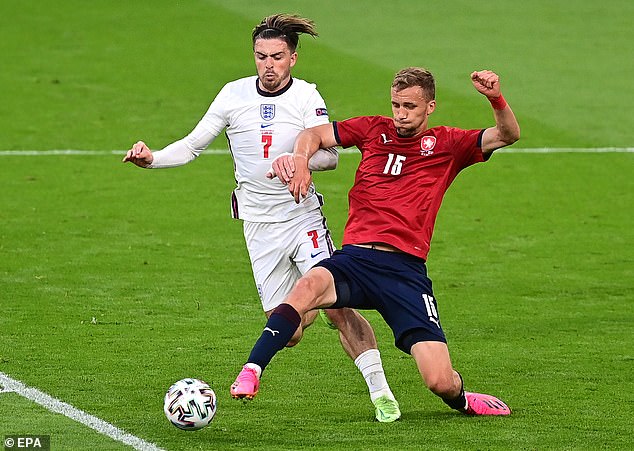 Saka and Grealish were both involved, which was appropriate. Saka was the player who turned and broke the Czech defensive lines, terrifying them as did so. Then it was Grealish who did just enough to find the space to cross so beautifully on to Raheem Sterling’s head.

It was the kind of goal that Southgate would have been willing his team to score. A goal born of invention and courage and ambition. It gave England a lead they deserved but it was regrettable that they never really kicked on thereafter.

There were subsequent half chances but nothing more tangible. How many saves did the Czech goalkeeper make? Not many at all.

As England lost their way little bit so did Grealish. In the second half he became a little starved of possession and it wasn’t long before his night was over. He was substituted in the 68th minute.

He will have a further part to play in this tournament. Defenders do not like facing him. It does feel, though, that his next role may be as substitute once again.

Afterwards Southgate was honest. ‘We were not fluent,’ he said. ‘We were stable with the ball but we are looking for more and we still haven’t scored from a set piece yet’.

The last line was delivered with a smile but the serious point is that England have not created a weight of chances in this tournament. Sterling hit a post early on and Harry Kane was denied when he should have passed square. That apart, it was slim pickings.

So yes, this was another bits and pieces performance from England. Players such as Grealish are not daunted by the challenge. They do not lack belief and that is often half of the battle.

But Southgate intimated on Tuesday night that England can improve with the ball and they certainly must. Germany, France and Portugal – whoever it is next Tuesday – will have to be asked more searching questions.