All eyes were on Adam Reynolds ahead of his highly-anticipated reunion with old side South Sydney, and the Broncos star provided a glimpse of what the Bunnies could have had with a first half masterclass.

Reynolds walked away from Souths last year after he was offered a one-year deal to stay on, with the halfback joining Kevvie Walters in Brisbane after signing a mega-money deal.

The 31-year-old was forced to miss the Round 1 opener against Souths due to Covid protocols but there was nothing stopping him from featuring at Stadium Australia, where a hostile reception awaited the Premiership winner. 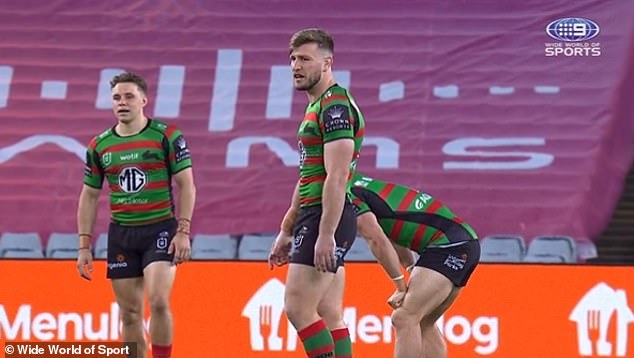 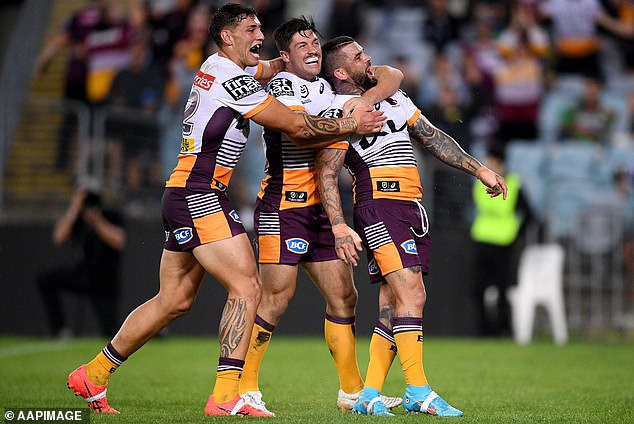 Before the match began, former team-mates Reynolds and Jai Arrow were seen in conversation across the pitch, with the Broncs star appearing to make a comment about ‘getting it out on the full’ – in reference to Arrow’s attempted field goal against the Tigers.

Arrow appeared to say ‘f*** you b***h’ in response, but a smiling Reynolds took the comments in his stride.

And he demonstrated that nothing would stop him on the night, kicking beautifully for Corey Oates to open the scoring before getting over the line himself before half time. 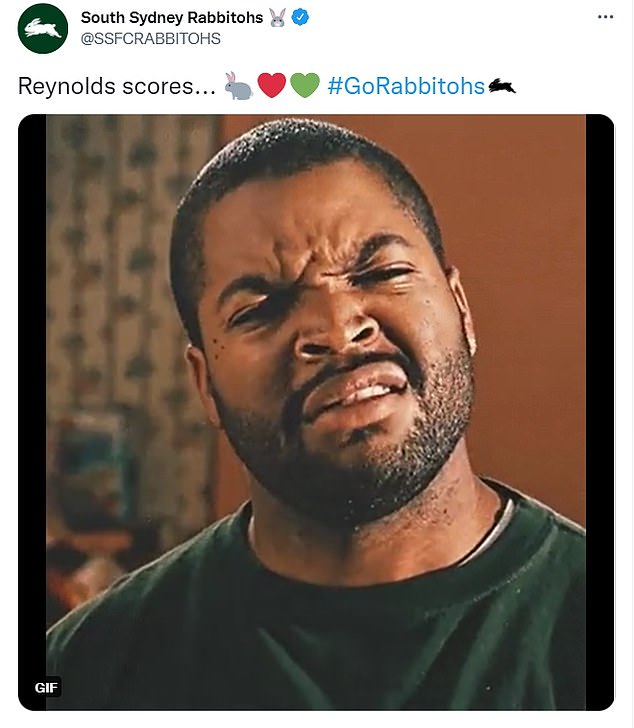 Souths could not ignore the irony of being tormented by their club-record point scorer, tweeting a GIF of a disgruntled Ice Cube as Reynolds put in a virtuoso display.

Jason Demetriou’s side are still in the contest, though, with a late score reducing their half time deficit to six points at the break.