The Liverpool manager revealed that James Milner was not involved in the final Premier League match of the season against Brighton due to injury.

Klopp admitted Milner had not trained all week and with Alex Oxlade-Chamberlain and Emre Can already out injured, the options in midfield are limited.

‘It’s a little injury. It’s serious enough to put him out for today; he couldn’t train the whole week,’ Klopp said prior to their 4-0 win against Brighton.

‘We hope it will work out. But we had to accept it and we had to think about solutions. That’s the solution: Dom is in the team. Now we can go.’

Milner has been an integral part of Liverpool’s Champions League campaign and leads the assists charts in the competition.

The 32-year-old now faces a race against time to be fit for May 26, when Liverpool play Real Madrid in the Champions League final.

Klopp could face a conundrum when picking his midfield for the match if Milner does not return. 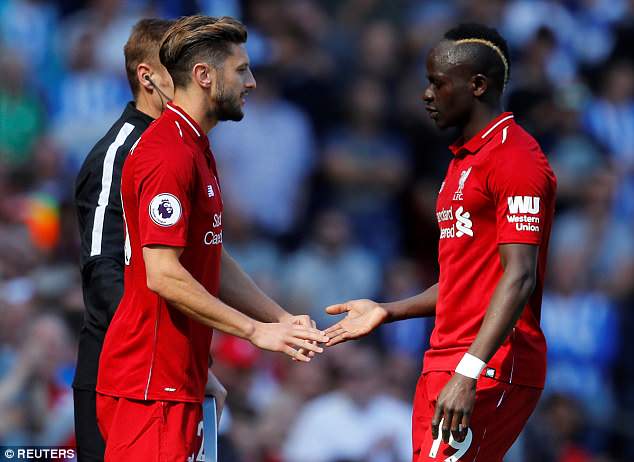 A serious knee injury sustained against Roma in the semi-final has ruled out Alex Oxlade-Chamberlain, while soon to be out of contract Emre Can has been struggling with a back issue.

There was some positive news for Liverpool though, with Adam Lallana coming off the bench for the final 15 minutes to feature against Brighton on Sunday.

On Lallana returning to the team, Klopp said: ‘Good, of course. [He is] an important option for us.’

‘How long [he could play], I don’t know – we have to see what’s possible. But he trained completely normally, and that’s of course good for us in these times.’