An underwhelming Australian Open for Jamie Murray came to an end on Monday when he was beaten in the second round of the mixed doubles.

There was, however, another good result for Middlesex’s Dom Inglot as he and Kiwi partner Marcus Daniell made it into the last eight of the men’s event.

After losing in the second round of the men’s doubles, Murray was going for a hat-trick of Grand Slam mixed titles when he lined up with Taipei’s Latisha Chan as the top seeds.

However, they were beaten 7-6 6-4 by Australian wildcards Storm Sanders and Marc Polmans on Show Court Two, having taken only one of the seven break points they created.

Murray won both Wimbledon and the US Open with Martina Hingis, who subsequently announced her retirement.

The older of the Murray siblings is expected to be announced in the GB team to play doubles in next week’s Davis Cup first round away to Spain in Marbella alongside Inglot.

The big man from Middlesex scored another good win alongside Daniell when they beat Chile’s Hans Podlipnik-Castillo and Belarussian Andrei Vasileski 6-4 6-3.

They will now meet seventh seeds Oliver Marach of Austria and Mate Pavic of Croatia. 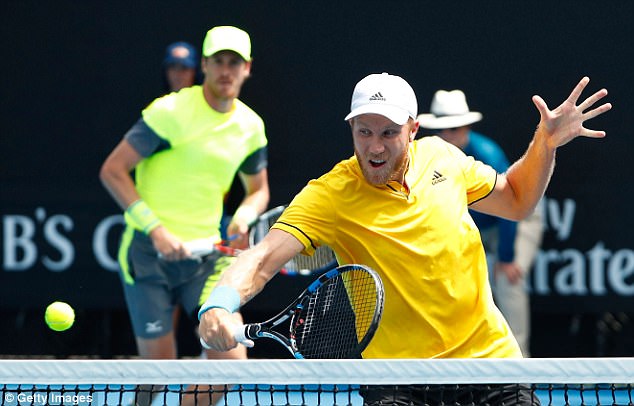