Circulation of Jamie magazine  has plummeted from more than 75,000 in 2009 to just 47,000 this year. Jamie is pictured launching the magazine at Westfield, London, in December 2008

Jamie Oliver is pulling the plug on his Jamie food magazine nearly ten years after it started.

It is the third blow to hit the celebrity chef this year after he was forced to shut some of his Jamie’s Italian restaurants and then close down his Union Jacks pizza chain.

Industry insiders said the magazine, which began in 2008, was failing to attract enough advertisers to make it profitable.

While circulation rose by four per cent in the first half of 2017, last year it was down ten per cent.

Publishing sources say the wealth of food recipes available on the internet lead to a fall in sales of Jamie magazine.

This turned off advertisers who were unwilling to pay.

Two months later in March Jamie closed the last of his four Union Jacks pizza restaurants, which launched in 2011 in a partnership between Oliver and Arizonian pizza expert Chris Bianco.

A spokesman for magazine group Hearst, which publishes Jamie magazine, said: ‘After careful consideration, the Jamie Oliver Group has taken the decision to close Jamie magazine to focus on serving its audience needs via digital platforms. 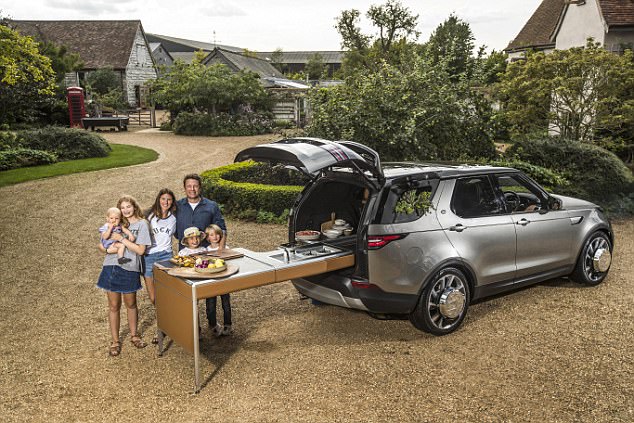 ‘We will work closely with the Jamie team to ensure we deliver a well-managed closure process.’

2013: Pulls the plug on his Jme artisan biscuits, sauces and jams amid poor sales and criticism from suppliers.

March – The last branch of Union Jacks pizza chain closes. This was launched in 2011, and featured British-style flatbreads, which were rebranded as pizzas following confusion among customers.

A spokesperson for Jamie Oliver Group said: ‘We are incredibly proud of Jamie Magazine, which won International Consumer Media Brand of the Year in 2015, and our hugely talented editorial staff.

‘We’ve conducted extensive research into our audience needs and while Jamie’s books are more popular than ever – 5 Ingredients Quick & Easy Food is the fastest selling Jamie book – our audience is increasingly also looking to digital platforms to find content.

‘This behaviour shift presents a continued opportunity to develop exciting and innovative ways to deliver trusted food content to our engaged audience, at scale.

‘With thousands of recipes now available online, jamieoliver.com takes the essence of the magazine – tried and tested recipes that always work, together with full nutritional information to help our audience make better food choices.’

This week Jamie was involved in a bizarre war of words with fellow celebrity chef Gordon Ramsay.

The duo squabbled over comments made by Jamie months after Gordon’s wife’s miscarriage.

The 50-year-old accused Jamie of ‘judging’ him for having four children, compared with the Naked Chef star’s five.