Jan Vertonghen had to be helped off the pitch after a gruesome clash with Ajax goalkeeper Andre Onana left him bloodied and dazed.

The Tottenham defender went up for a header but was clattered by the keeper midway through the first half of the Champions League semi-final.

He lie prone on the ground in an awkward position, with blood pouring from a cut in the centre of his nose. 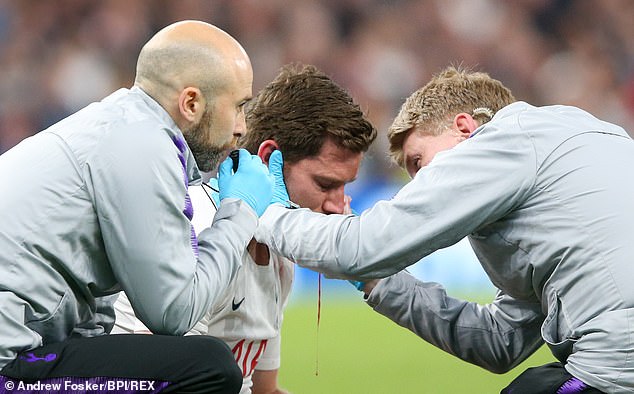 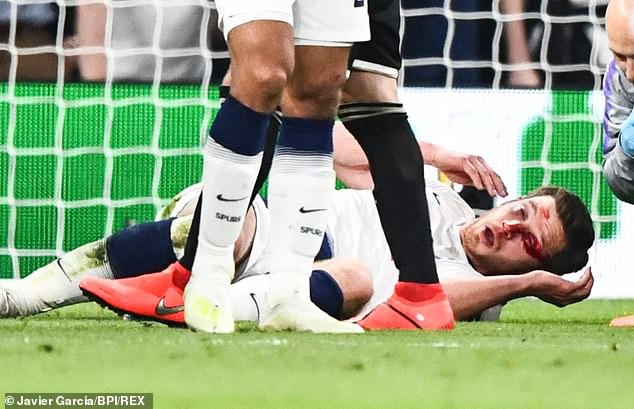 Vertonghen received medical treatment in the opposition penalty area and had to come off for further attention.

He was also given a change of kit after the injury has splattered blood all over his original shirt.

The 32-year-old’s defensive partner Toby Alderweireld also came away in discomfort but managed to shake off his knock.

After Vertonghen had come back on the pitch, almost straight away he signalled to the sideline that he needed to be replaced. 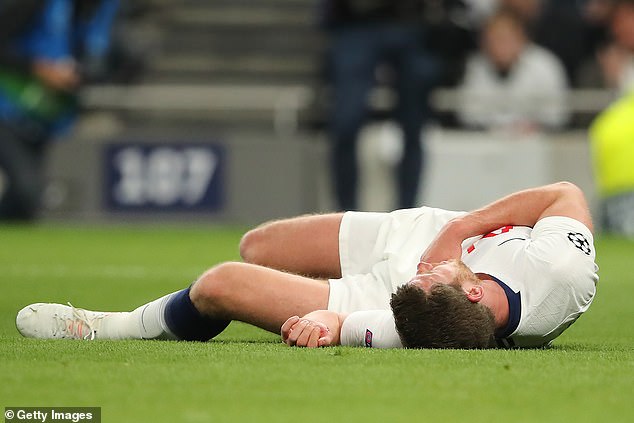 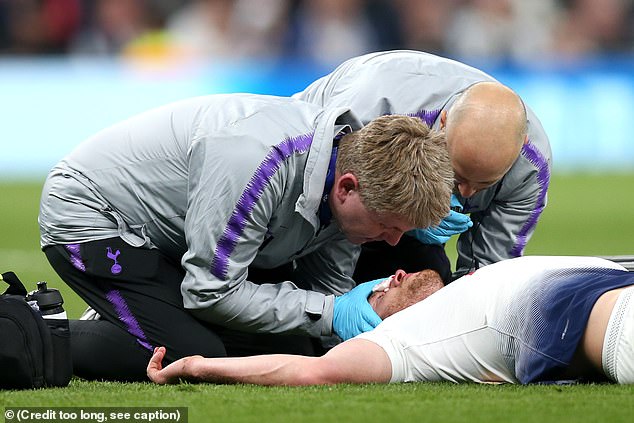 And it soon became apparent that the Belgian’s knock to the head may be a concussion.

As he slowly made his way to the touchline with a physio either side of him, Vertonghen appeared to almost vomit and may have fainted as his right leg went limp.

Mauricio Pochettino also showed concern for one of his more experienced lieutenants, putting an arm around him as bent over.

Moussa Sissoko came on as the replacement in the 39th minute and Spurs fans will desperately hope the knock doesn’t rule Vertonghen out for a prolonged period. Reports at half-time indicated that the central defender was being looked at in the medical room by specialists. 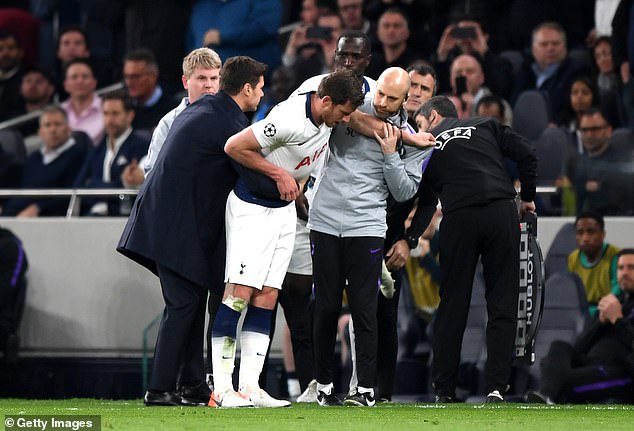 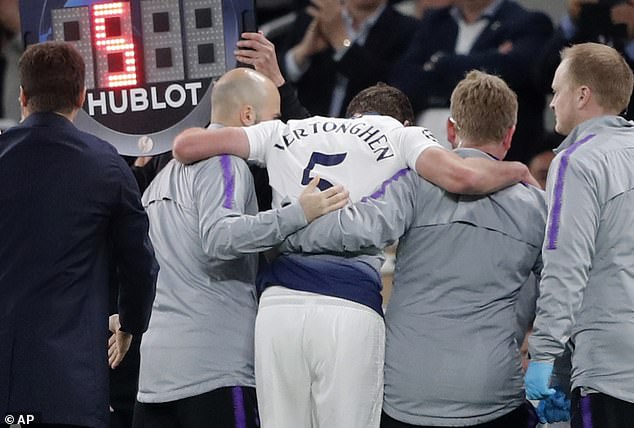