It’s a legal headache he’s trying to put a lid on.

Jay-Z has answered back to a $10 million lawsuit in federal court in New York over a line of baseball caps and other related merchandise linked to his Roc Nation business, saying he’s not directly involved in the matter, TMZ reports.

The rapper, 47, was named this past spring in a lawsuit by Iconix Brand Group, a New York City-based company.

Headache: Jay-Z, seen in January at the Sundance Film Festival, is asking to be removed from a $10 million lawsuit over baseball caps

The organization at the time said that its exclusive rights to produce Roc Nation trademarks – which it paid $204 million for in 2007 – were violated by a line of designer Major League Baseball caps, T-shirts and hoodies that hit the market earlier this year, TMZ reported at the time.

As result of the hats being produced and sold, Iconix filed a lawsuit against Jay-Z, Roc Nation, MLB, New Era, the retailer Lids and the San Francisco Giants.

But the Brooklyn native, however, says he had nothing personally to do with the transactions involving MLB, and that he should be taken off the suit, the outlet reported.

The mogul added in court docs that he’s a separate entity from Roc Nation, TMZ reported, which is already named in the suit filed by Iconix, which also owns the branding rights for labels such as Ed Hardy, Mossimo and Mark Ecko. 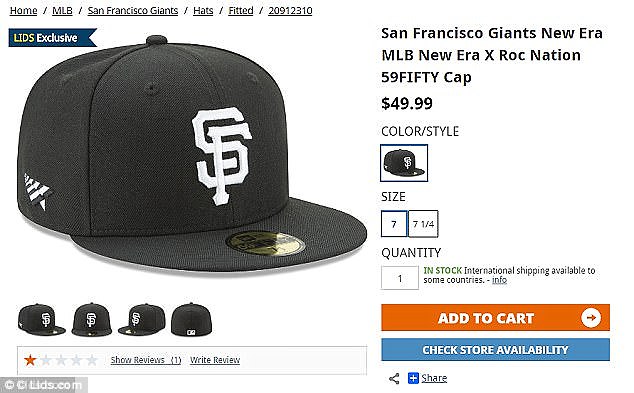 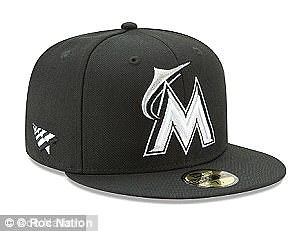 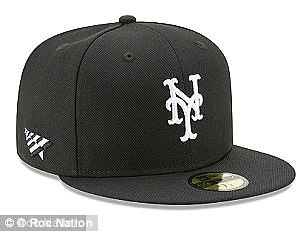 Put a lid on it: These caps branded with the Roc Nation insignia are at the heart of the $10 million lawsuit filed against Jay-Z, his company, MLB, New Era, Lids and the San Francisco Giants 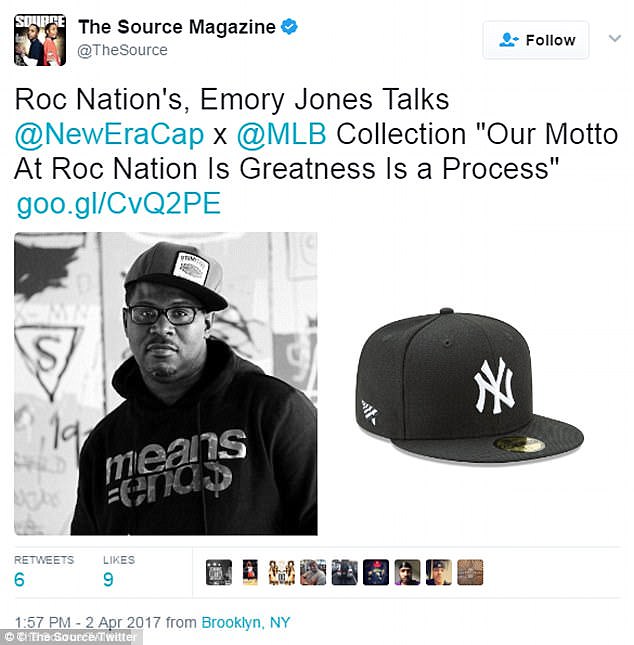 Hot item: The baseball caps were rolled out with promotion this past spring

The Source, in March, reported that 16 major league teams – including both teams in the World Series, the Houston Astros and Los Angeles Dodgers – were slated to be marketed with the Roc Nation logo, selling for $50 each via companies including Lids and New Era.

Roc Nation’s Emory Jones told the outlet March 31 that ‘New Era and Lids came to [him] with the opportunity’ to market the hats, and that Roc Nation and New Era share ‘a great relationship.’

He said about working for the Grammy-winner’s company: ‘It’s all about the process [and] our motto at Roc Nation is greatness is a process. I feel like to get to anywhere in life or to make it to the major leagues or not you gotta respect that process.’