Jeff Bridges was snapped in Los Angeles on Wednesday promoting his new film Bad Times At The El Royale.

Bridges, 68, wore a navy blue jacket over a button-up blue patterned shirt with navy blue slacks as he appeared at the press conference in support of the upcoming mystery-thriller.

The Academy Award-winning Crazy Heart actor sported a grey beard and had his hair slicked back as he posed for photographers at the Four Seasons Hotel Los Angeles.

Earlier this week, the actor told Variety that he decided to do the motion picture based off the script penned by Drew Goddard, the director of the film.

His co-star Jon Hamm told the outlet he made the movie with ‘such a truly inspiring group of folks to work with,’ singling out Bridges as someone he strived to working with for decades.

‘Especially in the case with Jeff, people I’ve wanted to work with since I was in college or even younger,’ Hamm said. ‘So to get that opportunity, you gotta jump with both feet.’ 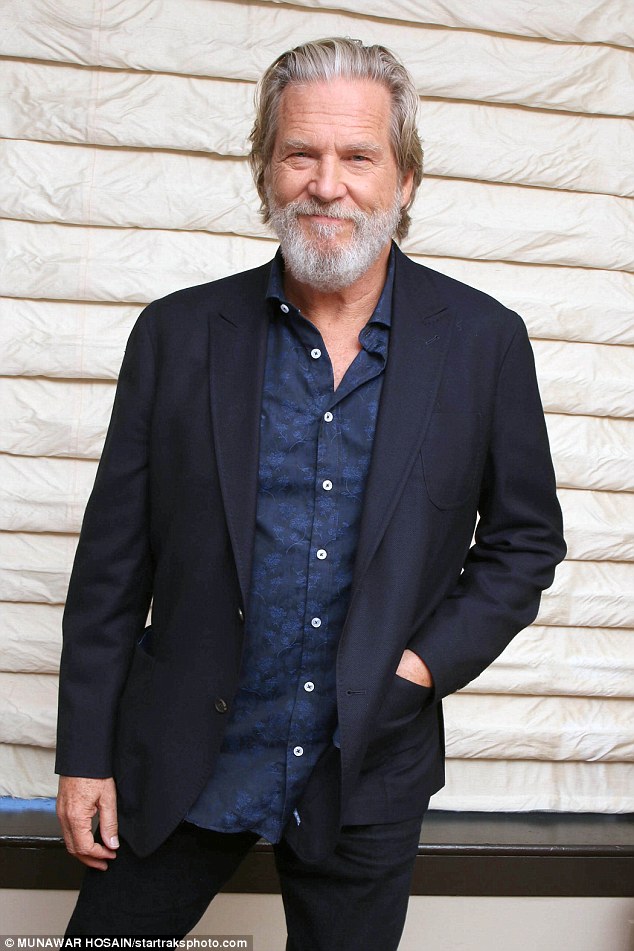 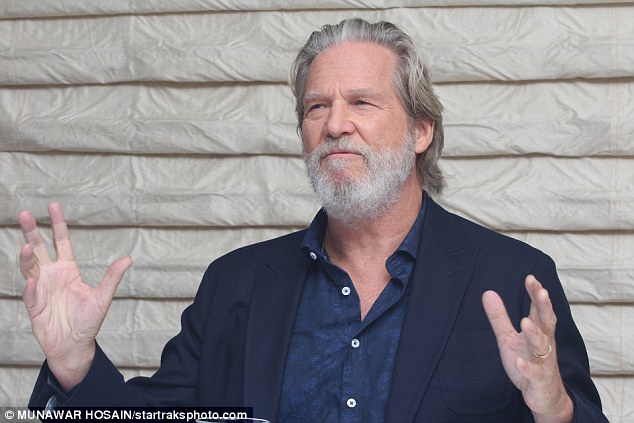 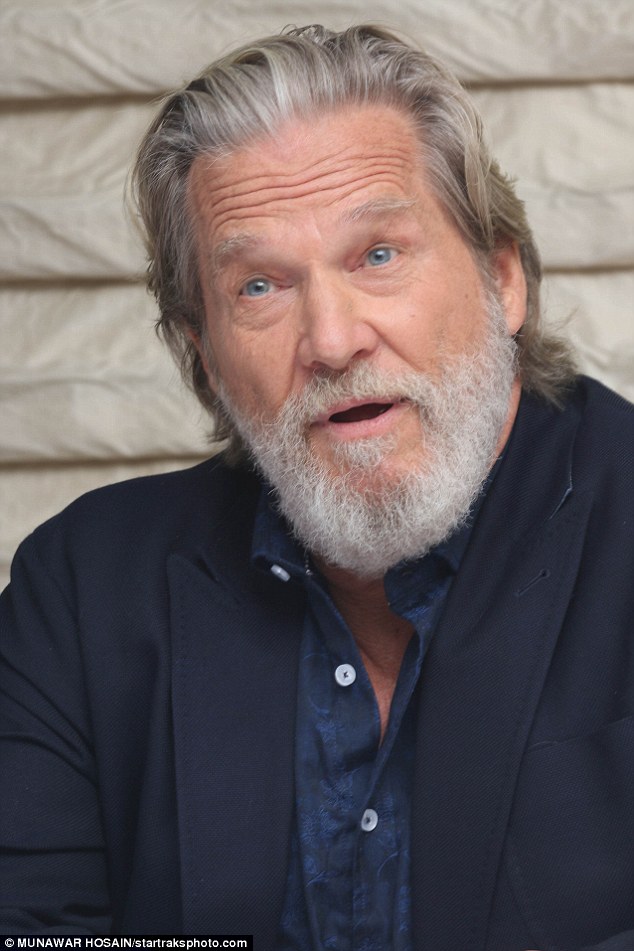 Goals: His co-star Hamm said he had ‘wanted to work’ Bridges since he was ‘in college or even younger’

Erivo, a Broadway standout, echoed similar sentiments, saying, ‘I heard Jeff was part of it, and I was like, well okay, I’m definitely doing it.’

Bridges told Variety he would be amenable to a sequel to his 1998 cult classic, The Big Lebowski, assuming he’s in the film.

He told the publication that he had a number of vivid memories making the lauded Coen brothers film, in which he played the listless slacker known as ‘The Dude.’

Bad Times At The El Royale opens in theaters October 12. 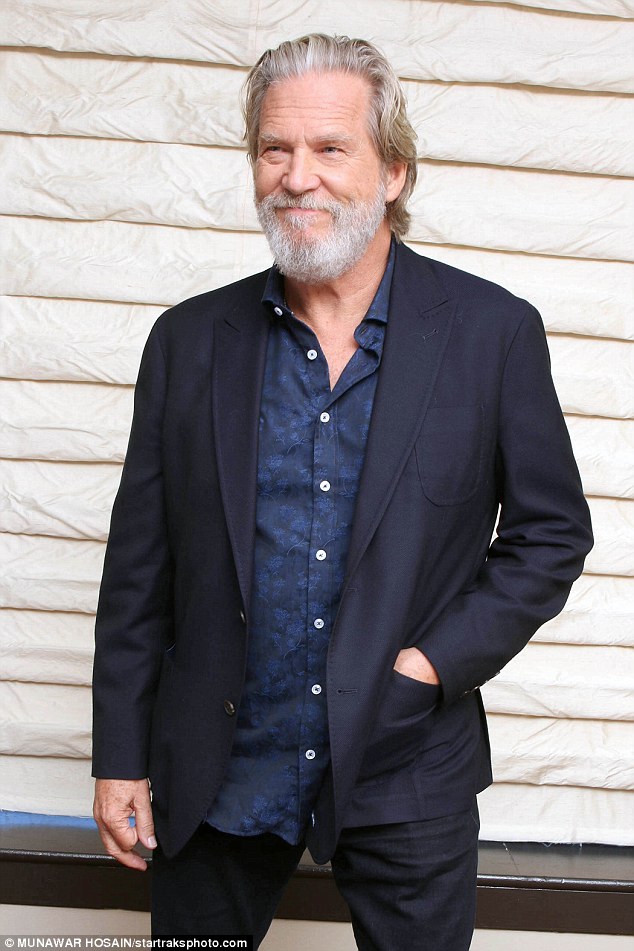 The Dude abides: Bridges said he would be amenable to a sequel to his 1998 cult classic, The Big Lebowski 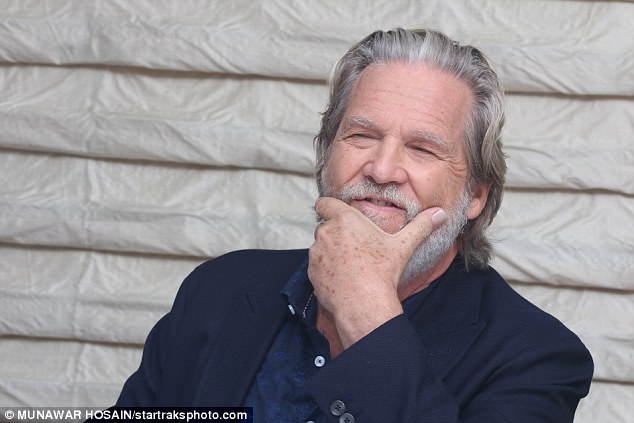 Dynasty: Jeff is a member of the famed Bridges acting family, alongside his late father Lloyd and brother Beau