Jenna Bush Hager will be taking over for Kathie Lee Gifford as host of the fourth hour of Today later this year.

The former first daughter, 37, will join Hoda Kotb, who has hosted the show alongside Gifford for the past 11 years.

NBC News president Noah Oppenheim made the announcement on Tuesday in a company-wide email.

Gifford announced in December that she would be leaving when her contract is up in April.

She joined the fourth hour a few months after the show launched in September 2007, replacing Natalie Morales and Ann Curry.

New team: It was announced in Tuesday by NBC News president Noah Oppenheim that Jenna Bush Hager would take over as the host of Today’s fourth hour (Hager and Hoda Kotb with Kathie Lee Gifford on Tuesday) 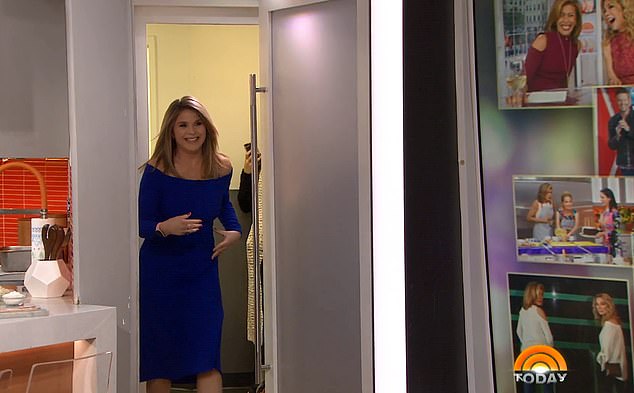 New gig: ‘It feels humbling and I can’t believe it,’ said an emotional Hager on the show (pictured) Tuesday morning 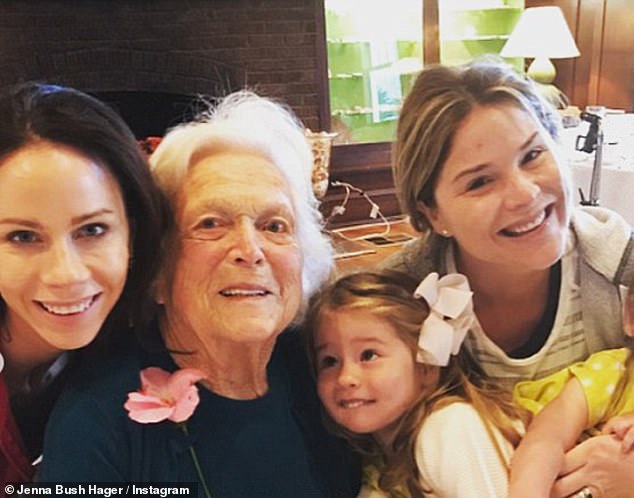 Bushes: The former first daughter, 37, has been in an expanded role at the network ever since Megyn Kelly was ousted as host of the third hour of Today back in October (Hager with her twin sister Barbara, late grandmother Barbara and oldest daughter in 2017)

This is a big promotion for Hager, who has spent the past four months as part of the revolving team of hosts who head up the show’s third hour of coverage.

That was previously where NBC aired Megyn Kelly Today until her comments about blackface resulted in her termination from the network.

Hager has also frequently filled in for both Gifford and Kotb on the fourth hour.

‘It feels humbling and I can’t believe it,’ said an emotional Hager on the show Tuesday morning.

‘My dad just wrote me three words, which made me weep. He said, “Very proud dad.”‘

Hager, who was in the verge of tears, then laughed as she added: ‘Which I’m like, “what is there to be proud about? I’m just drinking wine in the morning!”‘

This boost for Hager comes as Gifford is set to bid farewell to an extraordinary career on morning television.

On Tuesday, Hager also had some kind words to say about her predecessor.

‘You have been such a role model and so generous with your time,’ said Hager.

‘You are beloved here in so many ways and if I can use some of your grace and have a half of what you’ve done, my life will be a very happy one.’

Gifford then praised Hager, who joined the show back in 2009, just one year after her father left office.

‘It’s going to be fun. You guys are going to have a ball.’

The Today show family also showed their support for the internal promotion on Twitter.

‘Bursting with joy and pride and so happy we can finally shout it to the world!! @JennaBushHager is the new cohost with @HodaKotb of the 4th hour of TODAY! Can’t think of anyone more perfectly suited to carry on this beautiful, fun, funny, magical show @klgandhoda created,’ wrote Savannah Guthrie.

Carson Daly also congratulated Hager, writing: ‘We shoot, we score!! Congrats JBH! So well deserved! Love you and your family so much. You & Hoda are gonna be so fun to watch!’

Willie Geist said Hager is ‘simply incapable of not being real, funny, and all heart, at all times’ while also lamenting the loss of the ‘irreplaceable’ Gifford.

Hager’s good friend Nataklie Morales congratulated the new host, while also saying how much Gifford would be missed by everyone at NBC. 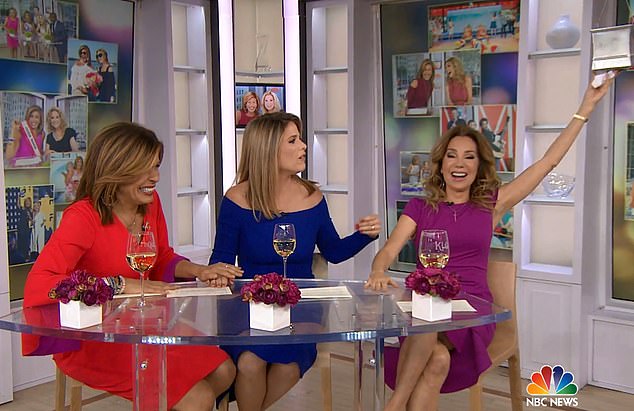 Hello, goodbye: This boost for Hager comes as Gifford is set to bid farewell to an extraordinary career on morning television (Hager and Hoda Kotb with Kathie Lee Gifford on Tuesday) 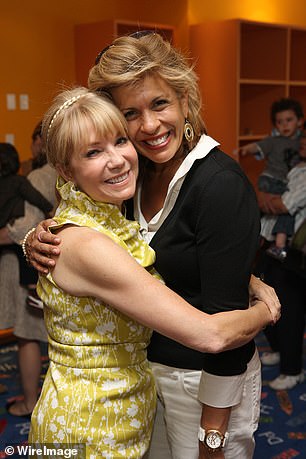 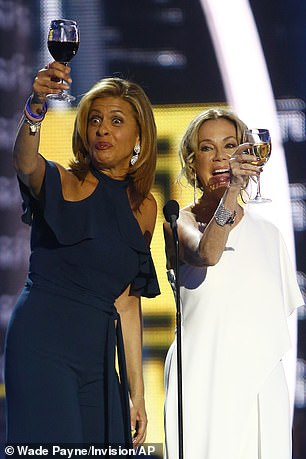 Dynamic duo: Hager will replace Kathie Lee Gifford (left in 2010, right in 2017), who announced in December that she would be leaving when her contract with the network was up in April

Gifford got her start on television back in the 1970s on the game show Name That Tune, in which she performed as a vocalist.

Gifford then found work in a handful of television shows and made appearances on Good Morning America.

She became a household name in 1985 when she was selected to co-host The Morning Show with Regis Philbin.

Gifford remained on at Good Morning America for a few years while working with Philbin on what would soon become one of the most memorable morning shows in television history.

In 1988, The Morning Show was renamed Live With Regis and Kathie Lee.

Gifford was on the show for 12 more years before leaving in 2000, saying she wanted to spend more time with her family.

She was replaced by Kelly Ripa, who is now the highest paid woman in morning television.

At the same time, she continued her singing career and launched an ill-fated clothing collection that was later revealed to be made in sweatshops.

Gifford returned to the airwaves in March of 2008 on NBC, joining Kotb to host the fourth hour.

She provided viewers with the same glimpses into her personal life as before, talking about her husband and children and her faith.

Gifford, who was born Kathie Lee Epstein, became a born-again Christian when she was 12 after watching a Billy Graham film.

She went on to marry Christian composer Paul Johnson in 1976 but the two divorced in 1982, once year before she met Frank Gifford.

The former football star was 23 years her senior but the two wed in 1986 and later welcomed a son Cody and a daughter Cassidy.

They remained together for the next 29 years, until Frank passed away in 2015 at their Greenwich home.

Some had speculated Gifford might leave the show then but she stayed on, but will be saying her final farewell in just four months.

And she could be back in a big way next holiday season too, as she has been hard at work on her theatrical adaptation of It’s A Wonderful Life.