Jennifer Lopez gave her highest praise on Thursday’s episode of American Idol as she declared an outbreak of goose bumps.

The 46-year-old singer was left all a flutter after a rousing performance from Trent Harmon – a 25-year-old waiter from Amory, Mississippi.

The softly spoken Southerner had sung Parson James’ Waiting Game – a track that Keith Urban had chosen especially for him.

Goose bumps: Jennifer Lopez told singer Trent Harmon that he gave her the coveted ‘goosies’ on Thursday’s episode of American Idol as the field was narrowed to the final three

‘I got the goosies…that was so beautiful, so amazingly beautiful…you killed it,’ squealed J-Lo.

‘It’s an honour to critique a guy like you, who is an extraordinary talent,’ agreed Harry Connick Jr, 48.

Trent’s performance was part of the final four’s race for the top spot – in which spiky haired-MacKenzie Bourg was voted out as the field narrowed to three. 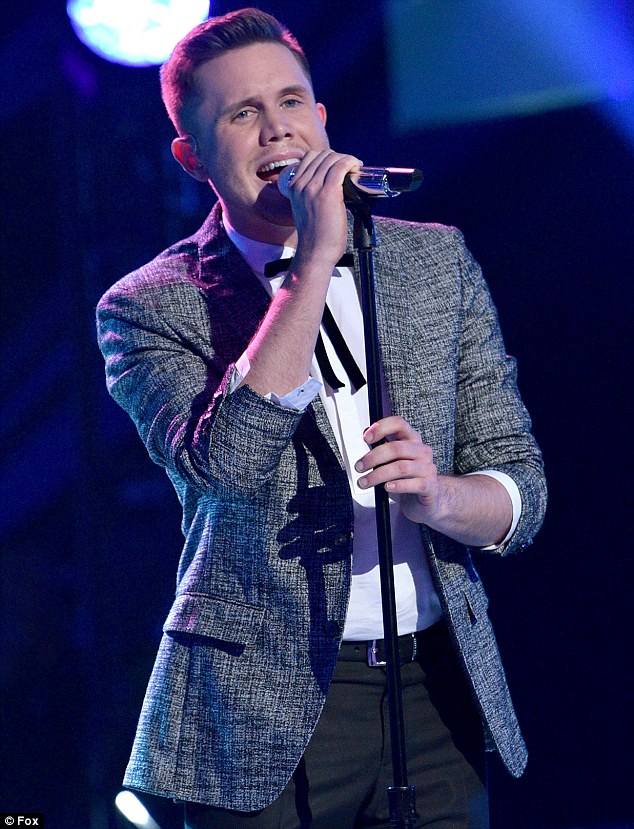 Keith also stripped to his vest to play a double neck guitar for his new single Wasted Time.

For the contestants, round one consisted of songs dedicated to their hometowns.

First up was MacKenzie, 23, a musician from Lafayette, Louisiana. 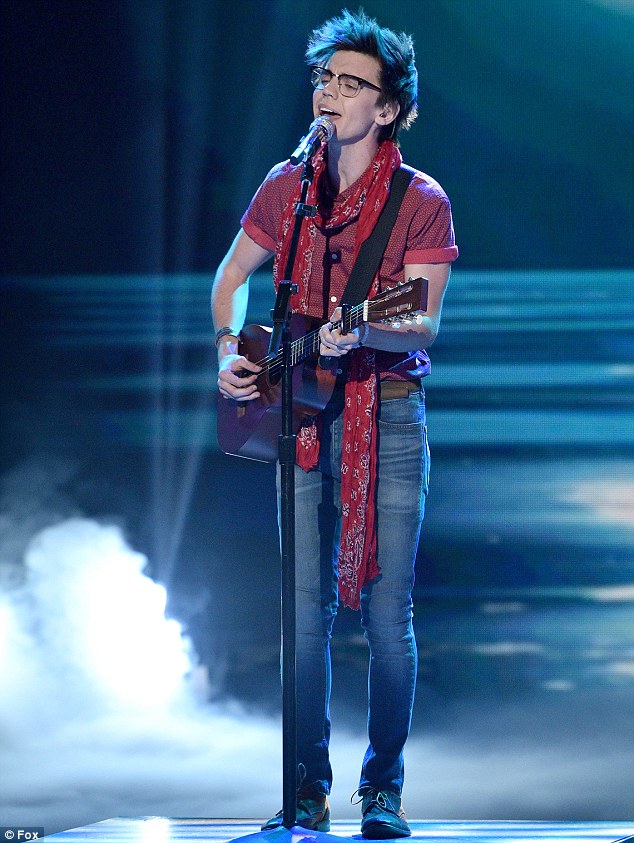 Good run: MacKenzie Bourg performed one last time before he was eliminated

After a traditional crawfish broil and a cuddle with his grandma ‘Nonna’ he strummed Hallelujah by Leonard Cohen.

‘I love you the most when you play and sing,’ said Keith, calling it ‘superb’.

‘That was classic MacKenzie right there,’ said J-Lo. 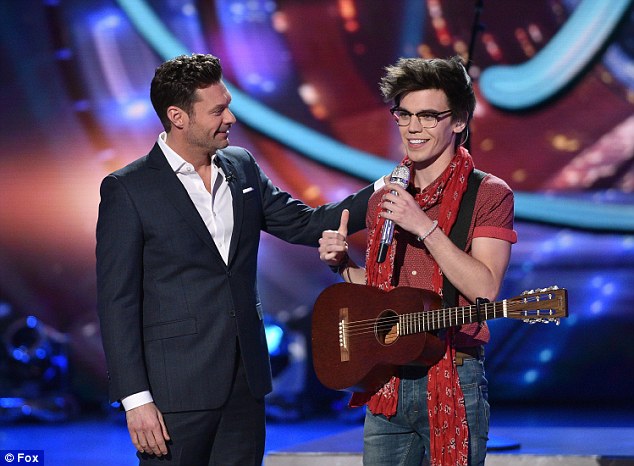 The host: Ryan Seacrest handed the microphone to MacKenzie after the singer performed

The contestants then met the director of Ice Age, Mike Thurmeier, and tried their vocals at some voiceovers.

The winner of Idol will get to record a song that will be featured in the animated movie.

Next to hit the stage was Dalton Rapattoni, from Sunnyvale, Texas.

After eating his mom’s famous ‘ketchup and grape jelly meatballs’ he performed Calling You by Blue October. 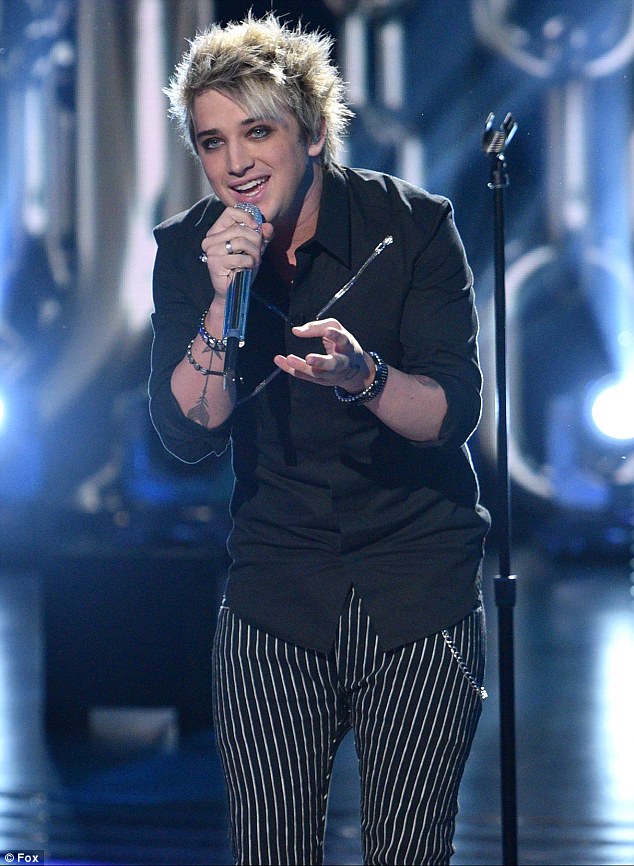 Rocking out: Dalton Rapattoni performed Calling You by Blue October after his hometown visit segment 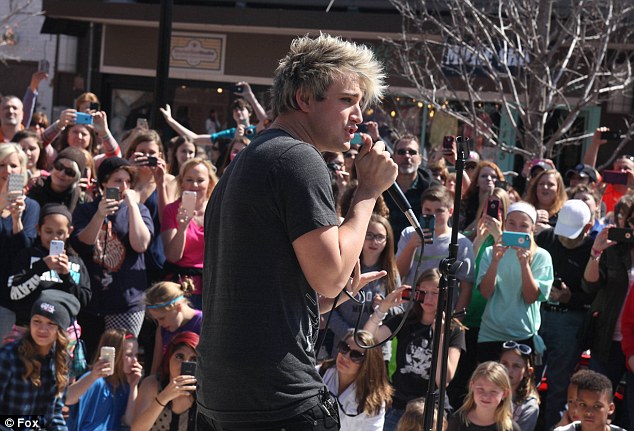 Hometown visit: Dalton treated his fans to a concert in his hometown of Sunnyvale, Texas

’There was a little bit of a freedom here, like ‘’I belong here’’,’ J-Lo told the 20-year-old vocal coach, who is bipolar.

‘I liked the arrangement that you picked,’ said Harry calling him ‘a smart guy’.

Trent hails from Mississippi, where he took a shift in his parents’ restaurant.

He tried his luck with Chris Stapleton’s version of Tennessee Whiskey. 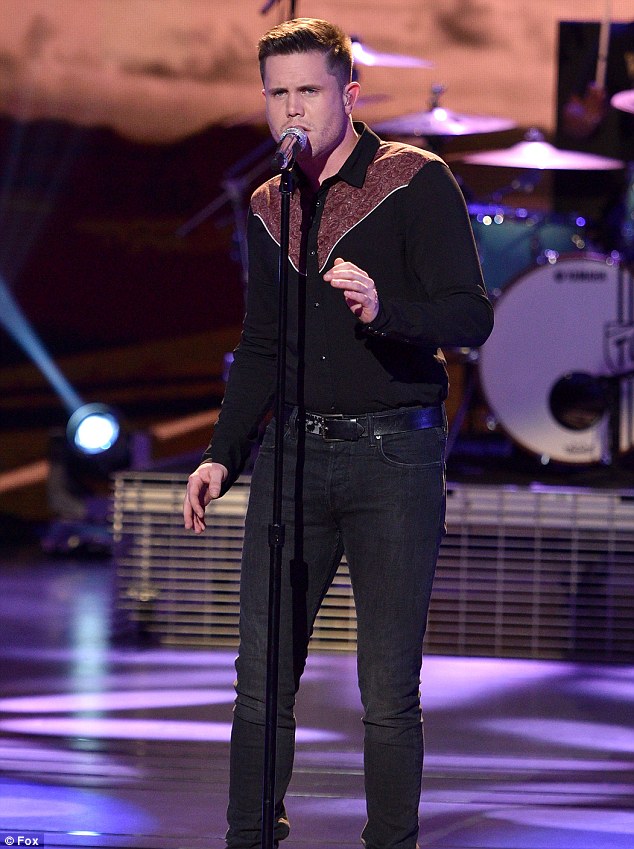 Singing waiter: Trent Harmon works in a restaurant and was chasing his singing dream on American Idol 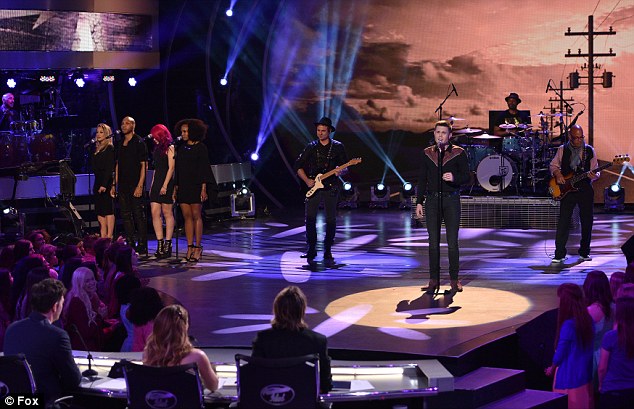 Nailed it: The Mississippi native nailed his rendition of Tennessee Whiskey 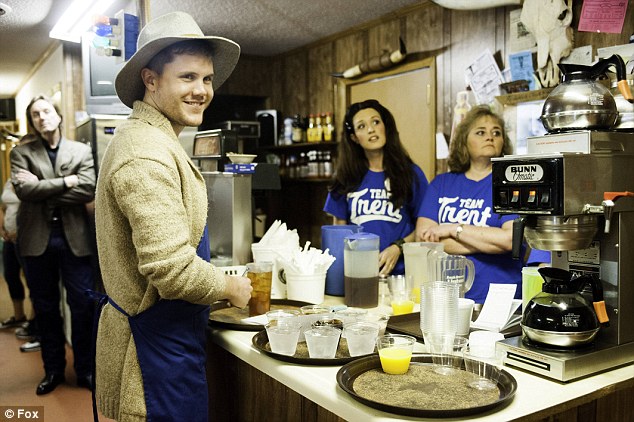 ‘It’s so easy breezy for you,’ said J-Lo while Keith called it ‘a bullseye’.

The 22-year-old call centre rep, nailed the track, by Common and John Legend.

‘Your gift is so strong, so pure,’ raved Keith, 48, who is married to Nicole Kidman.

Adding: ‘I feel like I just had a baptism’. 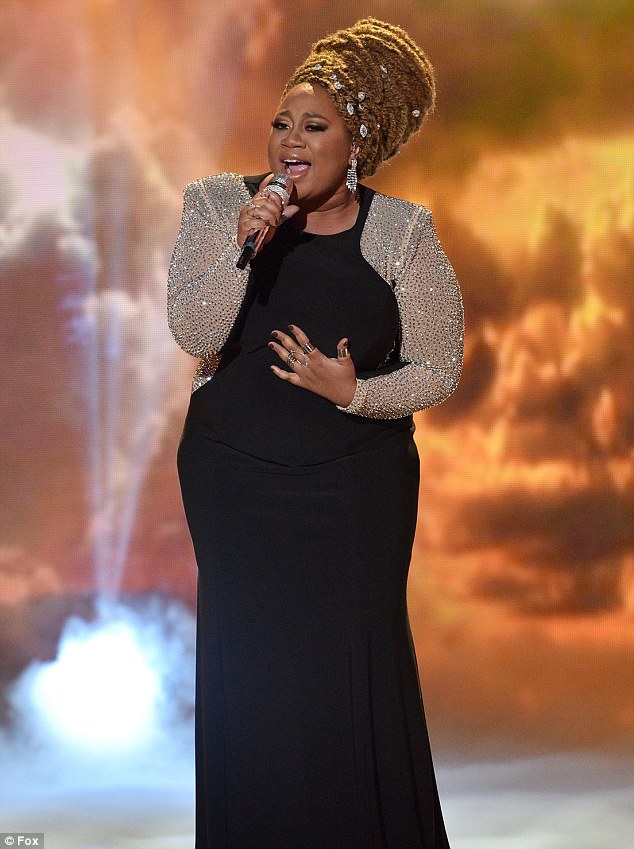 Impressive performance: La’Porsha Renae performed Glory in a nod to her Southern roots 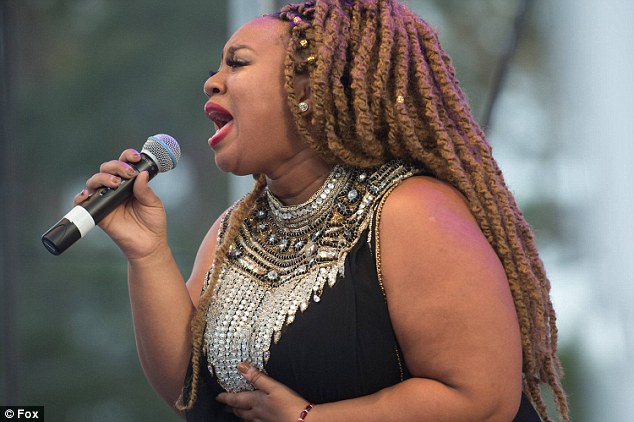 Local concert: The mother of one also performed in her hometown of McComb, Mississippi

After a public vote La’Porsha and MacKenzie were left in the bottom two, with La’Porsha persevering.

In the next two rounds contestants sung tracks picked by Scott Borchetta and the judges. 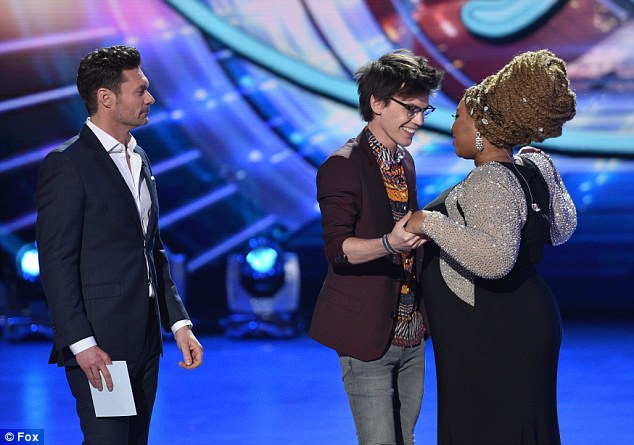 Bottom two: La’Porsha somehow found herself in the bottom two with MacKenzie 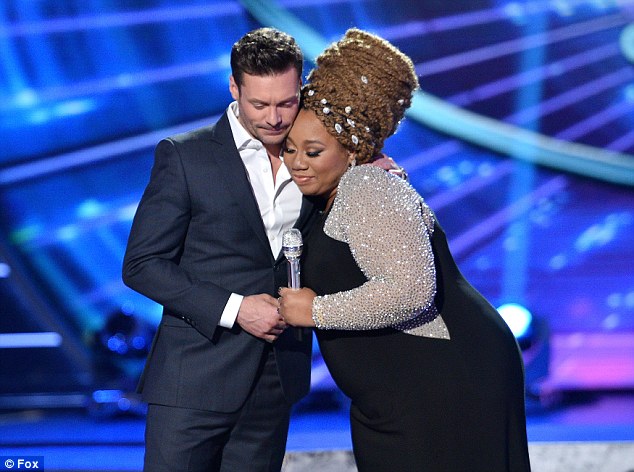 Moving on: Ryan hugged La’Porsha as she advanced to the final three

‘You take the lyrics and really make us feel them,’ J-Lo told him.

The judges’ pick for Dalton was Everybody Wants To Rule The World by British band Tears for Fears.

‘It felt a little bit low sometimes,’ frowned J-Lo, who didn’t like the key change. 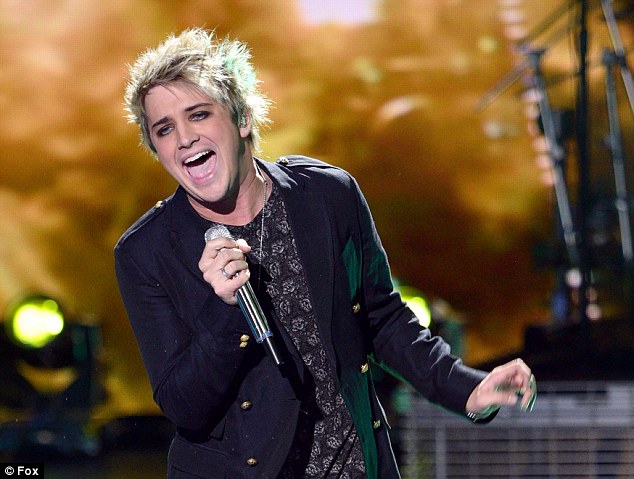 Key change: Dalton took on Everybody Wants To Rule The World by British band Tears for Fears

Harry liked the ‘re-harmonising’ but said it wasn’t his strongest performance.

La’Porsha, wearing a majestic silver gown, did Stay With Me by Lorraine Ellison.

The sassy singer wasn’t happy about the message.

‘It’s about a woman begging a man to stay with her,’ she scoffed. 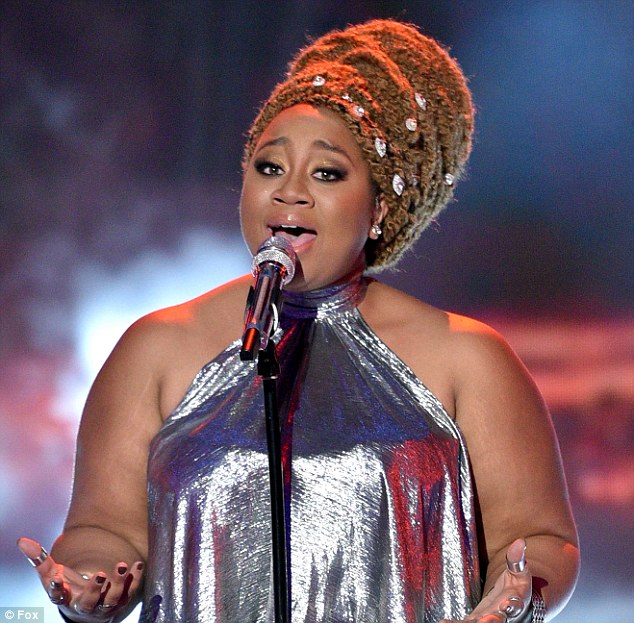 ‘The only person I would beg to stay with me is god,’ she laughed.

The judges complimented her vocal skills, but noticed that she wasn’t particularly invested in the lyrics. 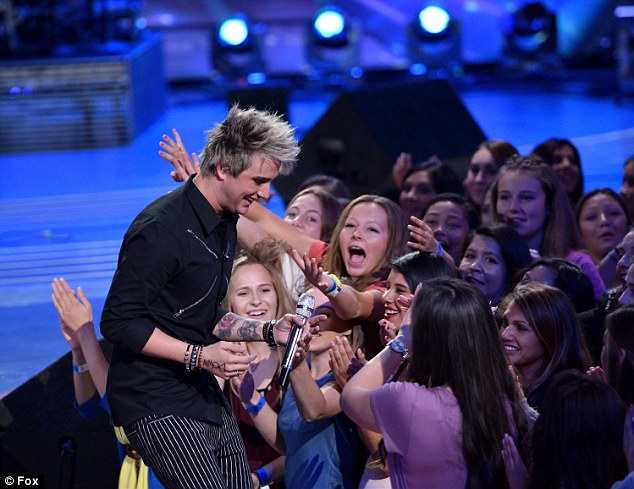 Fan favourite: Dalton was mobbed by female fans after his performance

Her third song of the night, chosen by the panel, was Adele’s challenging ballad Hello.

J-Lo liked the fact that it ‘stretched’ her range and Keith called it ‘beautiful’.

Trent was assigned Justin Timberlake’s Drink You Away by Scott Borchetta.

The final season of American Idol concludes next week on Fox. 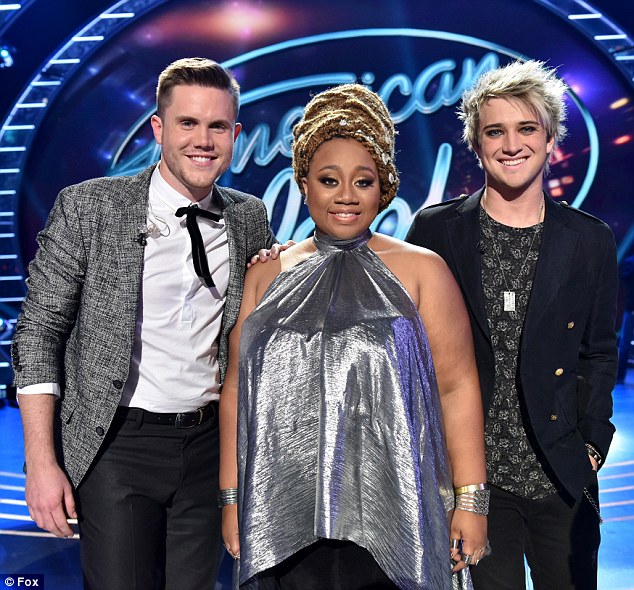 Final three: Trent, La’Porsha or Dalton will be named the final American Idol winner next week