A former personal assistant to Harry Potter author JK Rowling has denied claims she splashed out thousands of pounds on shopping sprees for luxury items without permission.

Amanda Donaldson, 36, worked for Rowling as a personal assistant before she was sacked for gross misconduct.

Rowling claims Donaldson wrongly benefited to a value of £23,696.32 by spending on a company card and taking Harry Potter merchandise.

The 53-year-old Harry Potter author is using her married name Joanne Murray in the civil action at Airdrie Sheriff Court.

Donaldson, of Coatbridge, Lanarkshire, insists Rowling has ‘not suffered any loss and is not entitled to damages’ from her.

She also claimed her partner left her over the allegations.

She told the court she formerly worked for a top secret department of the Royal Navy before applying for a post as a PA she found online.

She said she did not know Rowling was the employer when she applied.

She claimed she had a good relationship with Rowling when she worked for her between February 2014 and April 2017.

In evidence she said: ‘I don’t lie, I’m not lying. It is not a very nice accusation to hear but I’m telling the truth.

‘The job could be quite tense. There were frequent discrepancies which were really not needed but would happen.

‘The job would be quite stressful as well.

‘I was given the card through the post and Mrs Rowling ordered it for me and I was never told what to use it for.

‘I would speak to the accountant and if he had any questions he would ask me but he was happy with what I was submitting.’ 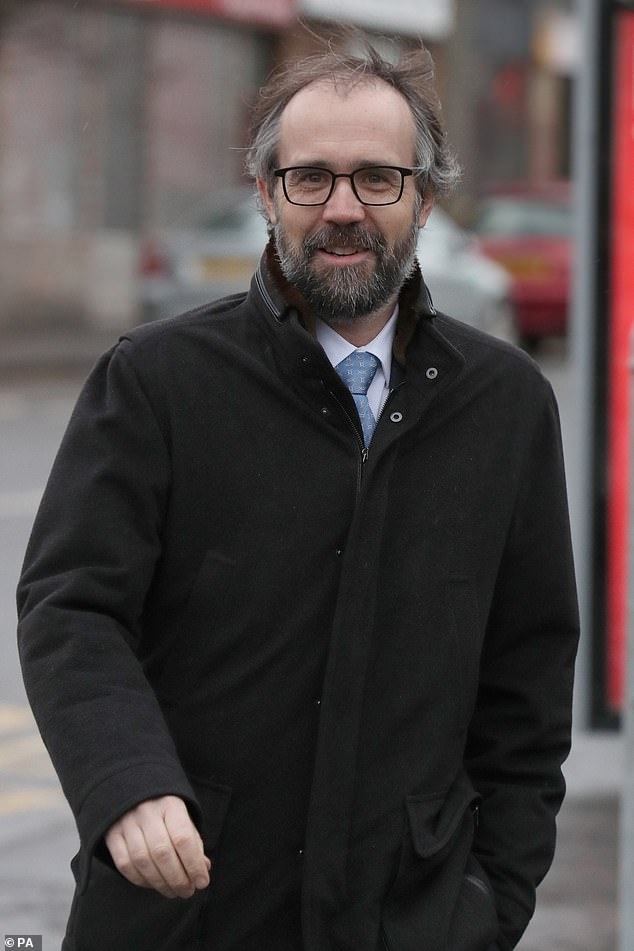 Neil Murray, the husband of author JK Rowling, arriving at Airdrie Sheriff Court where his wife is taking legal action against her former PA

Donaldson, who said she is now working for another firm, added: ‘Mrs Rowling could be really generous, the job was quite tense so I wouldn’t say she was approachable because she would be writing and I was advised not to disturb her.

‘The office staff would sometimes ask if she was in a good mood if she was coming in, in a terrified manner.

‘You wouldn’t want to upset her but she was generous.

‘I had a car accident and my six-month old pushchair was damaged and she got me a new one.

‘There would be a text or a couple of messages only saying text me if you can’t figure out the answer yourself.

‘She would be writing so it was important to respect her time.

‘I made a diary entry incorrectly once and got the telling off of my life so I knew how serious things would be.

‘All the decisions were made with the business in mind. You couldn’t run everything by her. 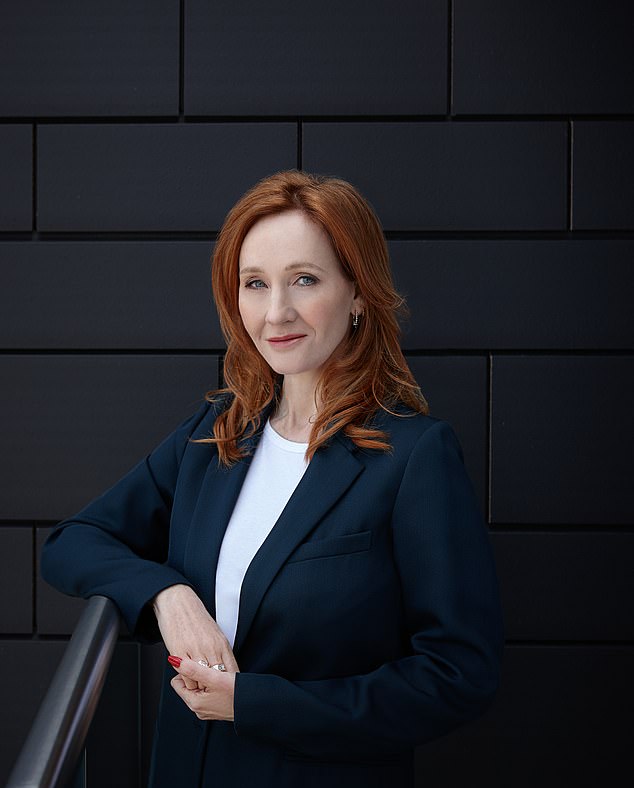 JK Rowling has accused her former assistant of spending more than £20,000 on a credit card without permission

‘Everything I did was made with the business in mind to uphold relationships with clients and agents.’

Asked by her lawyer, Alana Turley, if she had used the credit card fraudulently, she replied: ‘I fully respected my role because I was a single parent and would never have done anything like that and I’m really quite upset and hurt.

‘Personally it has been a huge strain, I was five months pregnant when I was suspended. I found it all really difficult and quite disgusting.’

Donaldson claimed her former partner left her when the allegations had surfaced.

She added: ‘Craig McHugh, my former partner, was a huge Harry Potter fan and loved that I was in that environment and left me when I was suspended. He still hasn’t seen his child he had with me. I wasn’t much of a fan myself.

‘I thought I was doing a good job and I’m pretty sure I would have been told otherwise by Mrs Rowling.’

She also said she told Neil Murray, JK Rowling’s husband, she denied any wrongdoing when he questioned her,

She said: ‘I reacted the way I did because the allegation was completely absurd.

‘It took me a few minutes because I didn’t know what to say, I was really taken aback and in shock.

‘My job meant everything to me but looking back in hindsight I probably wouldn’t go back there.

‘It was a disjointed office, it was quite tense and there was always something someone wouldn’t be happy with.’

Murray, 47, had earlier given evidence in which he branded Donaldson a ‘liar’ and said he quizzed her over claims she wrongly used a credit card for personal use.

He told how he met with Donaldson to discuss the claims but had been left astonished at her attitude.

He added: ‘I was really taken aback at how good at lying she was.’

It is further claimed Donaldson bought two cats worth £1200 and also removed £7,742 of foreign money from a safe.