Jo McPharlin reveals men have been ‘sniffing around’ after MAFS

She will return to Married At First Sight next year for a second chance at love.

And on Friday, Jo McPharlin revealed she has had a few romantic offers since her TV marriage to Sean Donnelly fell apart.

The 40-year-old single mother said on the Today show: ‘There’s been a bit of sniffing interest around the place!’

While Jo admitted a few men have been ‘sniffing’ around, she was quick to confirm that she isn’t in a serious relationship.

‘No nothing yet. I’ve literally been so busy… because I was away so long. I’ve just been really focusing on the kids,’ she added.

Host Georgie Gardner also asked Jo if the ‘social experiment’ had been worth it, considering her disastrous marriage to Sean.

‘There’s been a bit of sniffing interest around the place’: Married At First Sight’s Jo McPharlin reveals possible love interests after it was confirmed she’ll return for next season of MAFS

‘It has just made me want to go out and get it more, I think,’ Jo replied.

Earlier on Friday, a producer from KIIS FM’s The Kyle And Jackie O Show revealed live on-air that Jo will ‘be back next season’.

‘Did you know that Jo’s actually going to be back next season,’ they said. Jo, who hails from Adelaide, had previously expressed her desire to return to MAFS for another season.

‘I would do it all again in the blink of an eye,’ she told New Idea.

Married At First Sight will return to Channel Nine next year 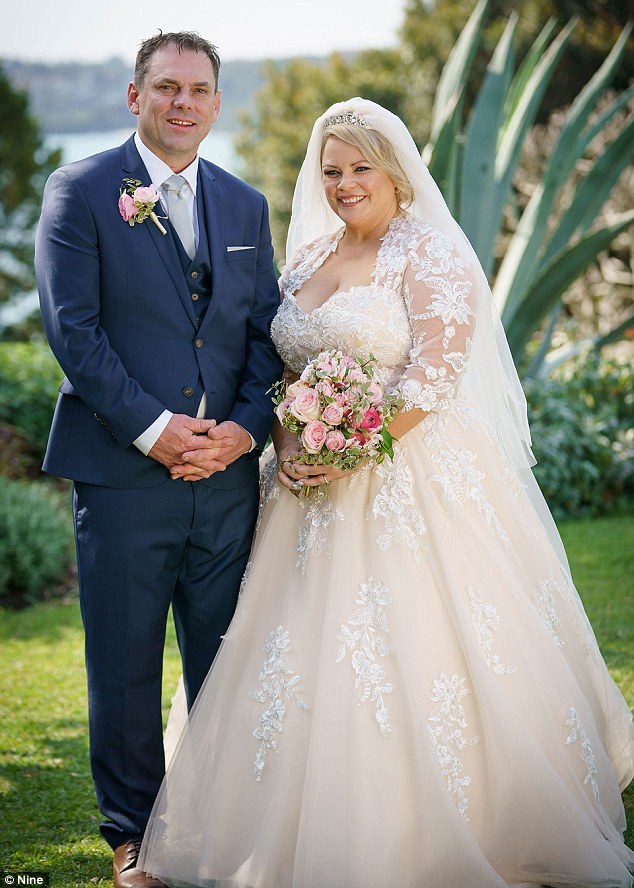 A not-so-happy ending: Jo was brutally rejected by Sean on Married At First Sight, with the pub owner famously remarking ‘oh s**t’ at the alter when he turned around and saw his bride for the first time