Captain Jack is back, again, and is set to return in Doctor Who’s festive special Revolution Of The Daleks.

It was announced by the BBC on Monday that John Barrowman would reprise his role once more, after making a surprise cameo in series 12’s Fugitive Of The Judoon earlier this year.

The actor, 53, will transform into Harkness to help ‘the fam’, Yaz, Ryan and Graham, while The Doctor remains locked away in a space prison.

He’s back! John Barrowman is set to RETURN to Doctor Who as Captain Jack Harkness for show’s festive special Revolution Of The Daleks, it was announced on Monday

In the hotly-anticipated episode, Jack will offer a helping hand to the trio after they discover a terrifying plan involving one of the Doctor’s most infamous adversaries, the Daleks.

With the Thirteenth Doctor out of action, it’s up to Captain Jack to save the day and make sure Earth doesn’t succumb to the Daleks’ malevolent plot.

Gushing about his return, John said in a statement: ‘Putting on Jack’s coat and setting foot back on the set of Doctor Who was just like going back home. It’s always thrilling to play Captain Jack.

‘He’s a character very close to my heart who changed my life, and to know the fans love him as much as I do makes his return even sweeter. I hope everyone enjoys Jack’s Heroic adventure with Thirteen.’ 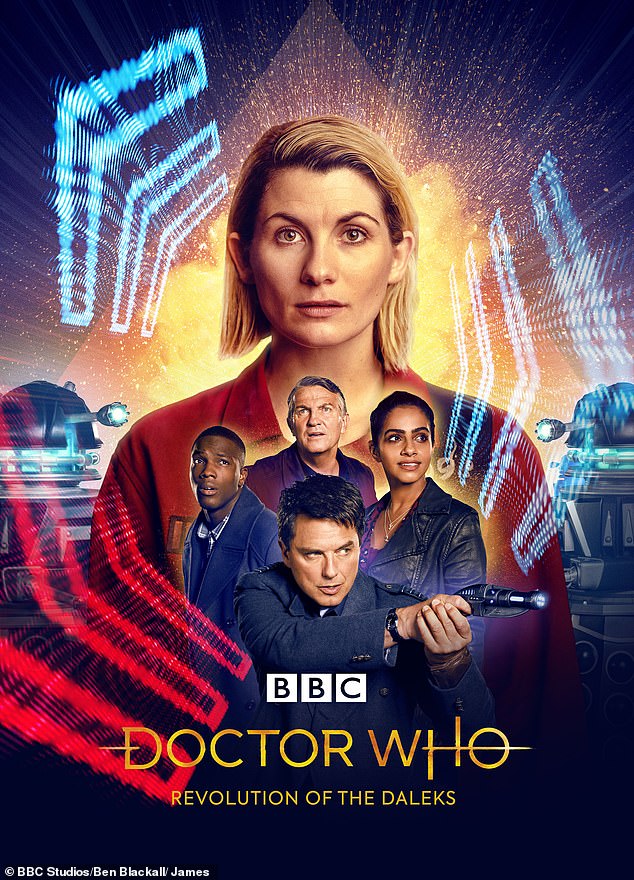 Drama: Captain Jack will help ‘the fam’, Yaz, Ryan and Graham, after they discover a terrifying plot by the Daleks as The Doctor remains locked away in a space prison

Showrunner Chris Chibnall went on: ‘A Doctor Who Festive Special means treats galore, and there’s no bigger treat than the return of John Barrowman to Doctor Who, for an epic and emotional feature-length episode.

‘If anyone can blast away the sheer rubbishness of 2020, it’s Captain Jack. Daleks beware!’

In Fugitive Of The Judoon, Graham, Ryan, and Yaz find themselves transported to a spaceship piloted by Jack, and gives the trio a warning for The Doctor about ‘The Lone Cyberman’. 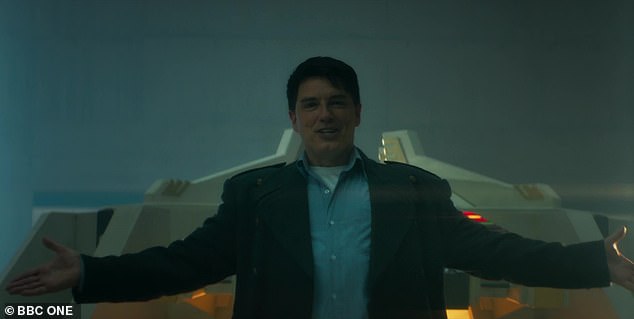 Surprise, surprise: John made an unexpected cameo as Captain Jack in series 12’s Fugitive Of The Judoon earlier this year

Before that moment, Captain Jack had not been seen on the show since a cameo in 2011, and not as a main character since 2009.

John first appeared in Doctor Who back in 2005, in a two-part story with Christopher Eccleston’s iteration of the titular Time Lord, before going on to star in multiple episodes with both Christopher and David Tennant’s Doctors.

The character of Captain Jack became so popular he bagged his own spin-off series Torchwood, where the character took the lead role for four series’, concluding in 2011’s ‘Children of Earth’. 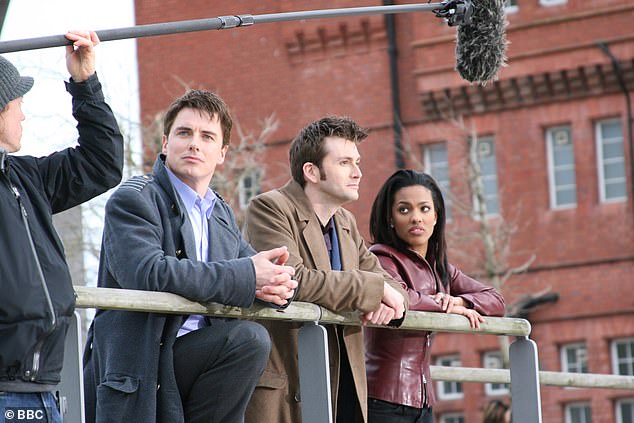 Iconic: John first appeared in Doctor Who back in 2005, and starred with both Christopher Ecclestone and David Tennant’s Doctors (pictured with David and Freema Agyeman)