Jos Buttler returns to international cricket on Wednesday in his favoured Twenty20 opener’s slot, hopeful that the five Tests he sat out recently will allow him to complete a full house of matches against India and Australia later this year.

Buttler enjoyed longer spells of downtime than either he or the ECB bargained for when the Indian Premier League was postponed last month, soon after a scheduled break saw him skip the remaining Tests after England went 1-0 up on the subcontinent.

Rather than rush back for the two-match New Zealand series with little or no first-class cricket behind them, he and other IPL players were told to spend more time at home by England’s Ashley Giles ahead of an unrelenting itinerary over the next seven months including 10 Tests vs the two other members of world cricket’s big three. 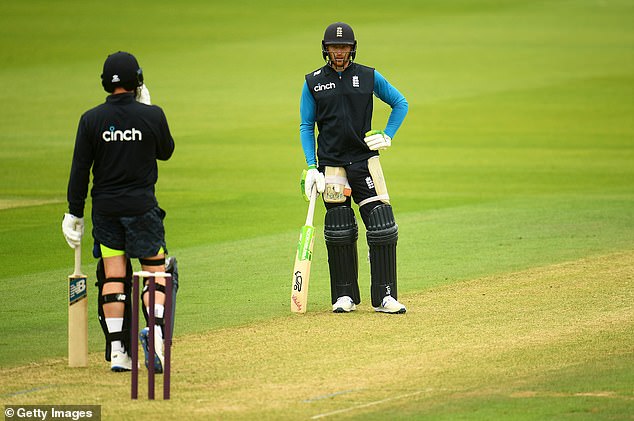 Asked whether he thought he could play all of them, the 30-year-old said: ‘That’s the dream, isn’t it? Be available and hopefully fingers crossed. I want to play as much as I can.

‘Those rest periods are there because it probably allows you to throw yourself into everything when you are involved. If it’s an endless piece of string, then at some point you are going to burn out.

‘Of course, it is disappointing to miss games – you want to play everything – but I retain that confidence if I get another chance that I will be in a good place.’

That chance could have come before now had Buttler and the England management reacted differently to a freak injury to Ben Foakes. Instead, they stuck to Plan A, and the shortcomings of rookie wicketkeeper James Bracey were exposed against New Zealand. 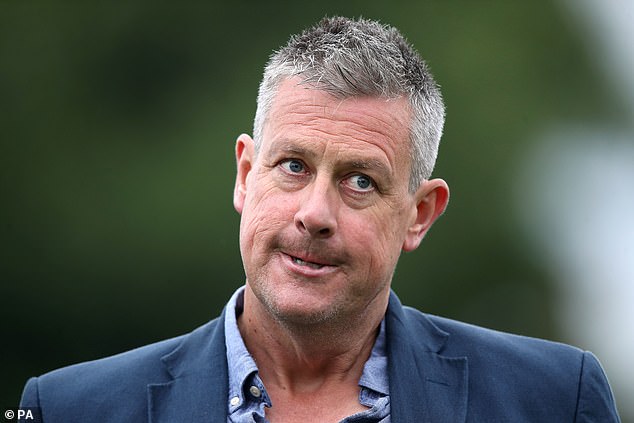 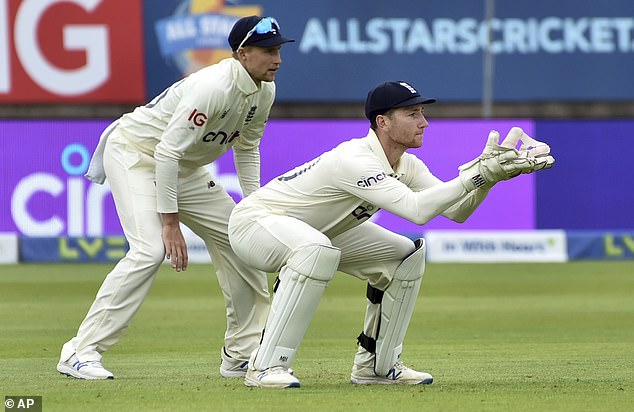 As a result, James Bracey (right) kept wicket against New Zealand, and struggled throughout

Defending the policy, Buttler said: ‘The way the world is changing quite quickly, every day you do need an element of flexibility. But I don’t think that’s particularly advantageous either. You must find a balance.

‘We like to plan, and if you were just sucking it and seeing going into the biggest year of international cricket, you’d probably say that’s quite a lack of planning.’

England’s multi-format players currently fear heading straight from the English home summer into more bio-secure bubbles in Bangladesh, Pakistan and at the Twenty20 World Cup, followed by an Ashes environment including quarantines but not families.

Those issues are currently being thrashed out behind the scenes, but in the shorter term the three meetings with Sri Lanka this week represent the penultimate series before September 18’s deadline for naming the Twenty20 World Cup squad. 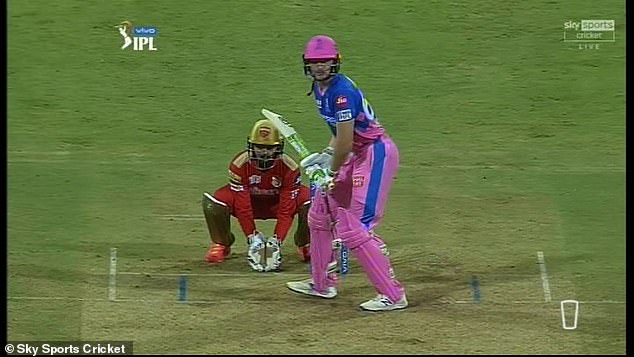 And therefore, an important time to get personnel ‘nailed down’ and for ‘role clarity for people,’ to be achieved.

‘A marker of successful teams is that they are ones that know each other well and are playing good cricket going into a tournament. That was something that helped us in the 50-over World Cup,’ said England’s white-ball vice-captain.

Buttler’s role will be at the top of the order – where he averages 48.5 and possesses a strike rate of 153.1 – despite recent demotions at both Rajasthan Royals and Lancashire. ‘I’ve been opening for England in T20 cricket for a while now, and I think it’s gone OK, so hopefully that will continue,’ he added.

Meanwhile, on Monday, Eoin Morgan’s team practised cricket’s version of the penalty shoot-out when they manufactured a super over in Cardiff that saw Chris Jordan bowling and Buttler and Jason Roy batting. Such scenario simulation is expected to be a regular feature of training in the build-up to the autumn’s 20-over title tilt.