Judd Apatow fires back at Diane Keaton over Woody Allen

Judd Apatow has fired back at Diane Keaton after the actress defended her former director and ‘friend’ Woody Allen.

The Annie Hall star leaped to Allen’s defense on Monday after allegations he molested his daughter Dylan Farrow resurfaced in the wake of the Me Too and Time’s Up campaigns.

‘Woody Allen is my friend and I continue to believe him,’ she tweeted, sharing a video of him denying the claims in 1992.

Today, Apatow challenged Keaton on Twitter, arguing that Allen was a man who simply took what he wanted and did not care who he hurt. 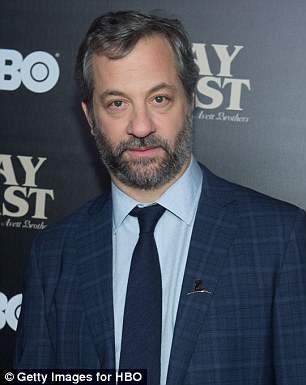 Apatow challenged Keaton on Twitter, arguing that Allen was a man who simply took what he wanted and did not care who he hurt 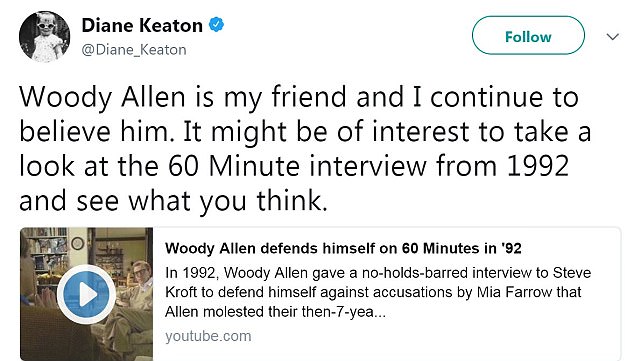 ‘Woody Allen is my friend and I continue to believe him,’ Keaton tweeted on Monday

‘I see a man who wanted what he wanted and didn’t care that he was having an affair with a 19 year old when he was 54 who was also his daughter’s sister,’ he tweeted at Keaton.

‘He also took nude photos of this child who he had known since she was nine and left them out for his family to see. Narcissism.’

The Bridesmaid director also retweeted a woman who asked why people were surprised at Keaton’s stance because she’d been ‘defending Allen for literal decades’.

‘I just wanna know if she ever bothered to directly talk to Dylan to get her side all those years before taking Allen’s side?’ she added. 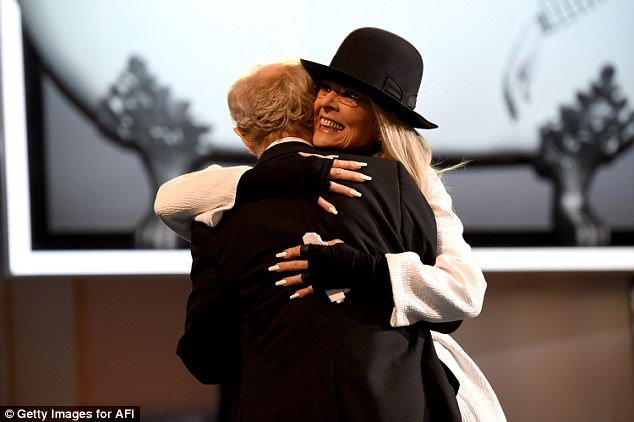 Diane Keaton (pictured with Woody Allen in June 2017) has expressed her continued support for Woody Allen, despite his adopted daughter’s allegations that he molested her as a child

‘That’s a very good question,’ Apatow responded, with his retweet.

‘Woody Allen was so awful to that family and all of those kids, some of whom were refugees, some with disabilities,’ he continued in another tweet.

‘He is so proud of having no relationship with them. Can you imagine being around a family for a decade and not wanting to know any of the children? Heartbreaking.’

But some questioned his silence over James Franco who has also been accused of sexual misconduct.

One commenter wrote: ‘I see a man who challenges all the predators out there – except the ones he is friends with! Who is pals with a guy who preyed on minors and coerced women into doing sexual things. But sits silent, despite having daughters the same age as those #JamesFranco targeted. Hypocrisy.’ 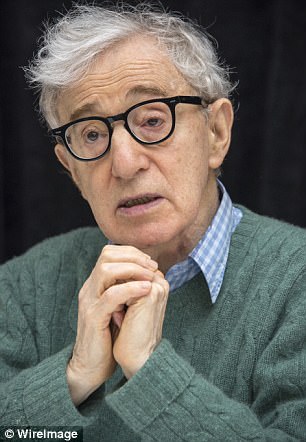 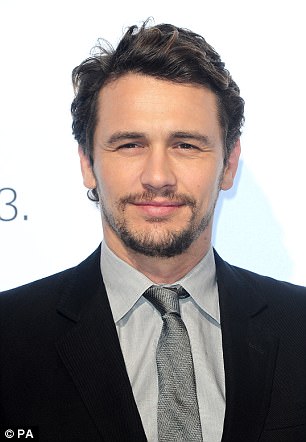 Apatow, who was the executive producer on Freaks and Geeks which starred Franco, recently gushed about the actor, saying he is ‘awesome at everything he does’, in December.

Allen and Keaton have remained close friends and collaborated throughout the years, most famously on the 1977 drama/romance Annie Hall.

‘The minute I met her, she was a great, great inspiration to me,’ Allen said during his introduction of Keaton at the event.

‘Much of what I’ve accomplished in my life I owe, for sure, to her. Seeing life through her eyes. She really is astonishing. This is a woman who is great at everything she does.’

Keaton isn’t the only star who is supporting Allen.

Alec Baldwin has also continued his defense of the embattled director. 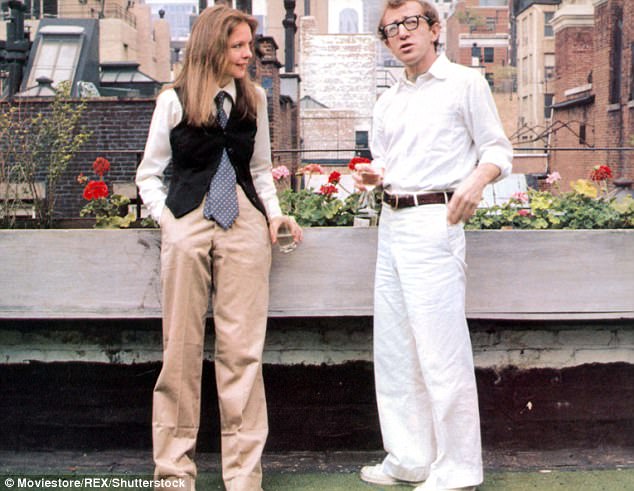 The actress referred to a 60 Minutes interview in 1992 when Allen publicly denied the allegations that he inappropriately touched Dylan, who was seven years old at the time. Keaton is pictured with Allen in Annie Hall 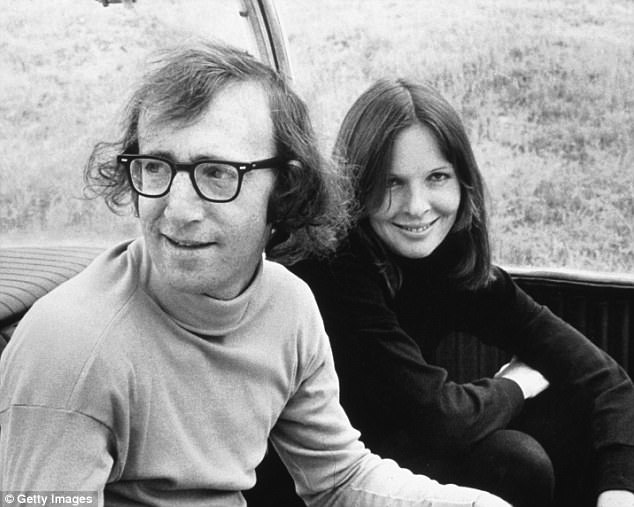 Allen and Keaton have remained close friends and collaborated throughout the years. They are pictured together on the set of comedy film Sleeper in 1973 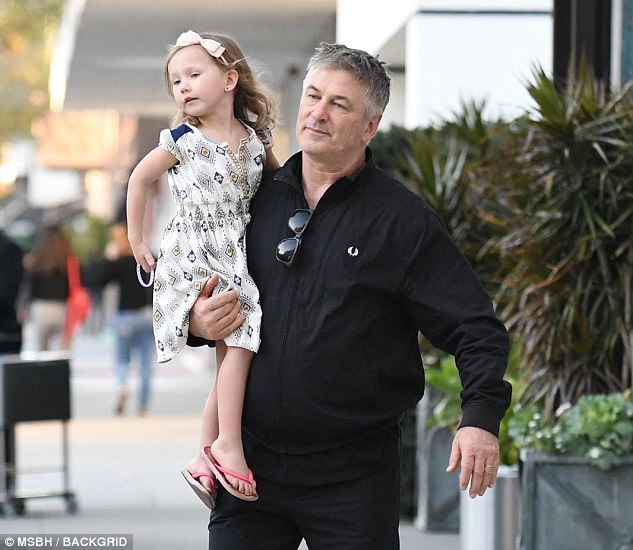 Previously, the actor had called Farrow’s allegations ‘unfair and sad’ but, on Sunday, he took his comments a step further and compared Farrow to Mayella Ewell, the character in Harper Lee’s To Kill a Mockingbird, who falsely accuses an African American man of rape.

‘[One] of the most effective things Dylan Farrow has in her arsenal is the “persistence of emotion,” Baldwin tweeted.

‘Like Mayella in [‘To Kill a Mockingbird’], her tears/exhortations [are] meant [to] shame u [into] belief in her story. But I need more than that before I destroy [someone], regardless of their fame. I need a lot more,’ Baldwin added.

On Sunday, it was also reported that Allen’s new film Rainy Day in New York may not even make it to the big screen, as stars start distancing themselves from the director and Amazon tosses up whether to end their relationship.

It comes after Dylan, 32, gave her first TV interview this month insisting that she was telling the truth about being molested by him when she was just seven years old.

Now, there are reports that Hollywood could be turning their back on the director as a result of the widespread movement.

The New York Times reports that Amazon is seriously considering ending its relationship with Allen ahead of the release of his upcoming movie Rainy Day in New York.

Amazon financed the film but ending the relationship could leave the film without distribution, sources said.

An Amazon spokesperson wouldn’t comment, saying there was no release date yet for the film. 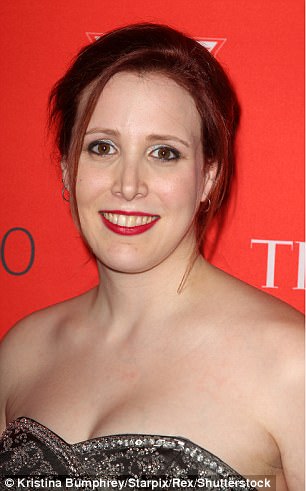 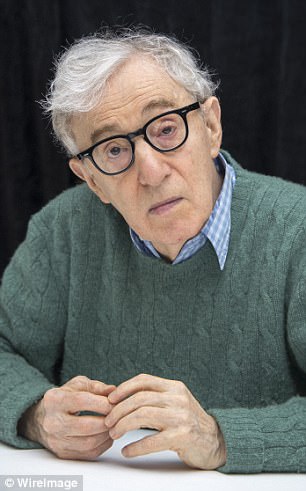 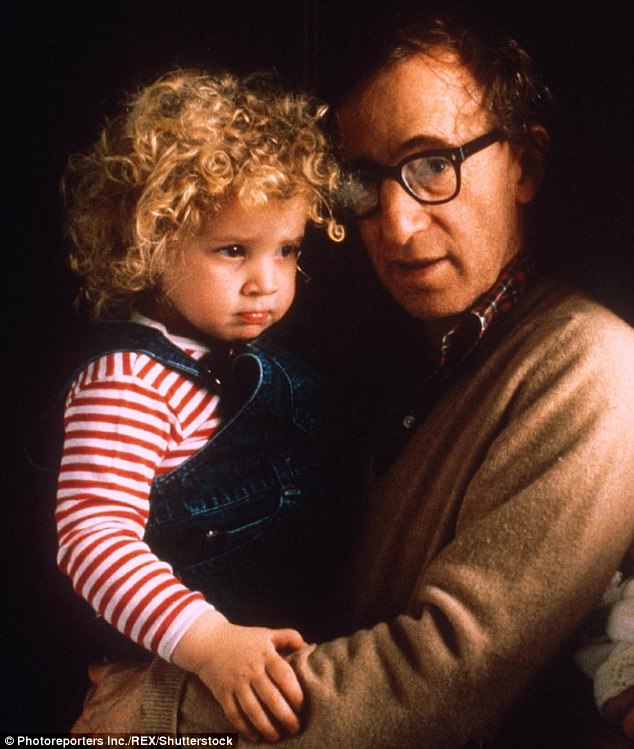 Dylan has publicly called out actors for working with or supporting Allen in the past.

Some stars associated with Rainy Day, including Timothée Chalamet, Selena Gomez and Rebecca Hall, have reportedly said they will donate their salaries from the movie to the Time’s Up sex harassment campaign or other charities.

Allen, who has repeatedly denied the abuse claims made by Farrow, said she was was ‘cynically’ aligning herself with Time’s Up movement.

The director’s sister and producer, Letty Armstrong, suggested Farrow was capitalizing on the movement.

Farrow hit back, telling the Times: ‘If Woody Allen and his surrogates’ response to this is that I’m capitalizing on a moment in which it is in vogue to carefully look at the facts, rather than rely on thin defenses from powerful men without question – a moment in which the truth is in fashion – I’d say they’re right.’

Allen was never charged in relation to the allegations and has long denied them.