Julie Bishop has divided opinion after she appeared in a striking hot pink leather dress at a fashion event in London to give a speech about clothing and feminism.

The former federal foreign minister, 66, turned heads in an eye-catching buttoned mini dress and sparkly heels as she took to the stage to speak at the Sherman Centre for Cultural Ideas Fashion Hub event at London’s Design Museum on Saturday.

However, some attendees were said to be ‘privately furious’ she was named as a speaker at the prestigious event, because she once rejected being called a ‘feminist’ altogether, according to Nine newspapers’ CBD column. 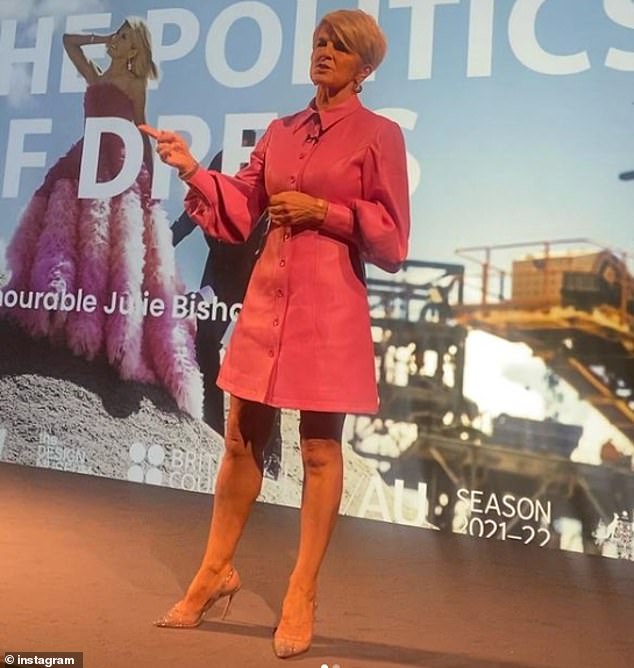 The former foreign minister, 66, spoke on fashion diplomacy and claimed her cabinet colleagues disapproved of her fashion sense and wanted her to wear a cardigan instead

During the speech, Ms Bishop talked up her contribution to equality and talked about how she was looked down upon by some colleagues for being more fashionable than other ministers.

But during her time in Parliament, Ms Bishop said: ‘I don’t find the need to self-describe in that way [as a feminist]’ and said she did not find the term useful.

Ms Bishop reportedly told the crowd her cabinet colleagues had disapproved of her fashion sense during her time in parliament and revealed she was told to wear ‘more cardigans’ when she was appointed aged care minister – an anecdote she has regularly told since leaving politics.

Ms Bishop also spoke about the power of fashion in diplomacy, noting that she learned to wear colours to reflect the place she was dealing with. That meant white in The White House, red for China. 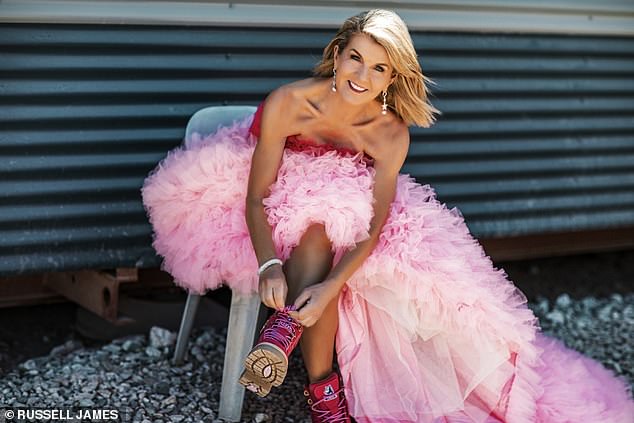 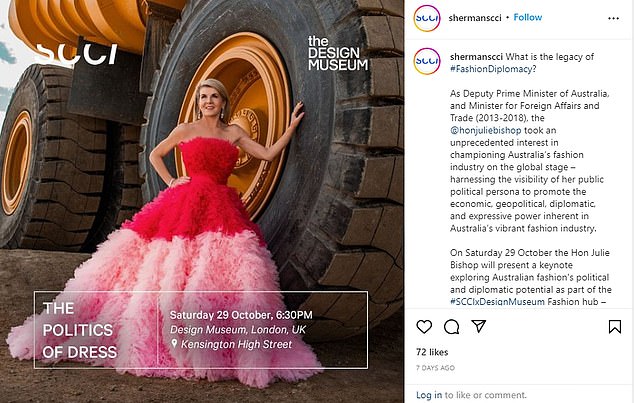 The centre promoted the event with more photos of Ms Bishop in another pink dress, this time an extraordinary two-toned ruffled gown.

One of the images had Ms Bishop standing next to a giant mining dump truck.

‘The intriguing intersection of politics and fashion – delighted to speak at the Sherman Centre for Culture and Ideas in London,’ Ms Bishop wrote in an Instagram post after her speech.

She also thanked Bradley Lauten, David Jones’ personal styling suite manager, in a social media post featuring photos of herself in the dress. Designed by Leo Lin, it retails for $899 at David Jones.

Leo Lin said it designs for ‘the new era of femininity is laced with strength, fearlessness, and confidence’. 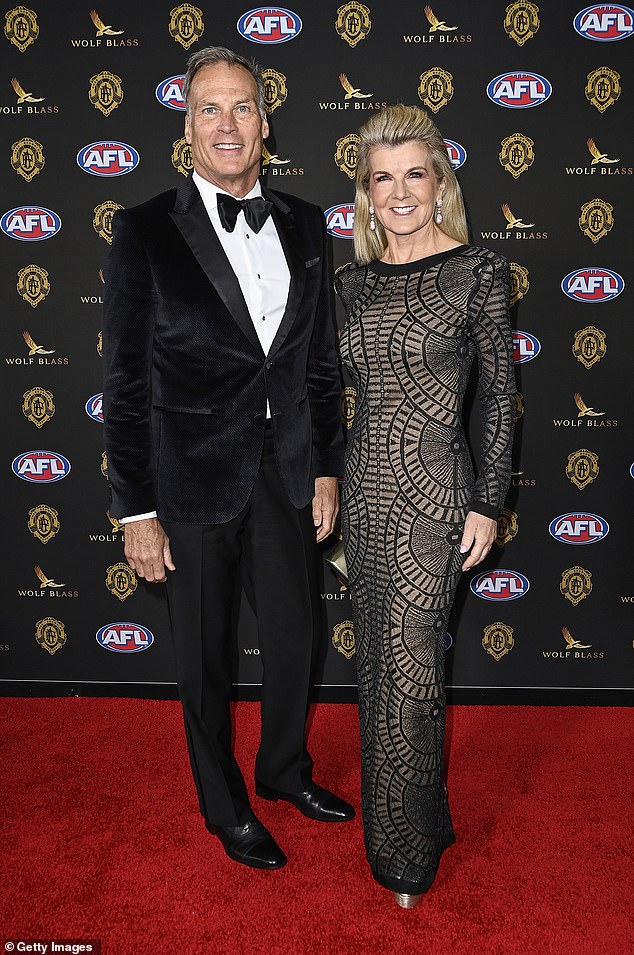 David Panton and Julie Bishop at the 2021 AFL Brownlow Medal at Crown Perth in September, 2021

In August, Ms Bishop said she was the ‘last person to give advice’ to anybody about breakups but that she was ‘content’ and ‘fulfilled’ with her life in Perth.

‘My life post politics has been very fulfilling,’ she said.

Ms Bishop has been keeping distracted from the recent breakup by chairing several charities and speaking at engagements around Australia.