Jurgen Klopp: Liverpool vs Spartak is ‘all or nothing’

Jurgen Klopp has branded Liverpool’s showdown with Spartak Moscow as ‘all or nothing’ and challenged his players to carry the club onto the stage they crave.

The last time Liverpool progressed to the Champions League knockout phase was in 2009. Back then, Rafa Benitez was manager of a team that included Steven Gerrard, Jamie Carragher, Fernando Torres and Xabi Alonso; they were eventually eliminated by Chelsea in the last eight.

That defeat came at the end of a golden five-year period during which they won the trophy (2005), contested another final (2007), as well as making it to the last four (2008). Big European nights became part of Anfield’s narrative but, since then, Liverpool have endured a period of famine.

They have only had one chance to make it to the business end of the competition since – in 2014 – but that attempt ended in calamity, as a 1-1 draw with Basel in the final Group game at Anfield led to Liverpool’s elimination and consigned them to the Europa League.

Should they fluff their lines on Wednesday evening, Klopp and Company will also drop into the lesser of the two tournaments and a clear sign of what is at stake was measured by the fact Liverpool’s manager broke away from his usual stance and built up the occasion that beckons. It is an occasion, though, that he believes his squad can handle. 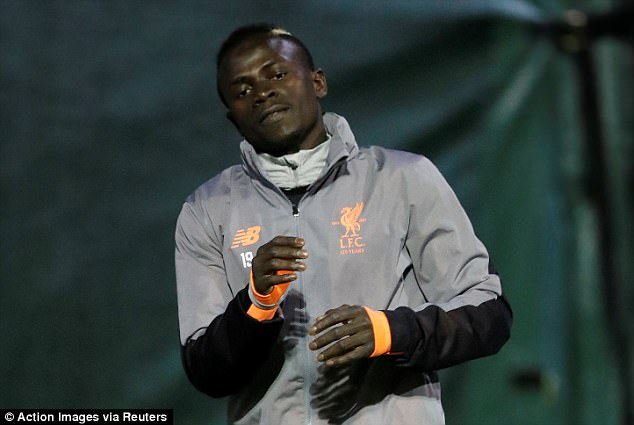 ‘You only play the group stage as Liverpool to come through to the last 16. It is a tight group. We had some influence on that. We played good games and had good results but not enough points to go through already and now we have to finish the job. There is pressure. We can not ignore it, we are going for something big.’

Klopp is taking heart from the fact that Liverpool, in the past six months, have come through similar assignments unscathed. They held their nerve in May to beat Middlesbrough on the final day of the season to reach the Champions League knockout phase, where they blitzed German side Hoffenheim.

‘All good and bad things that happened in the Champions League – mostly good – has brought us to this situation and if we win we are through and that is cool,’ said Klopp, whose side have been boosted by the return to fitness of central defenders Joe Gomez and Ragnar Klavan. 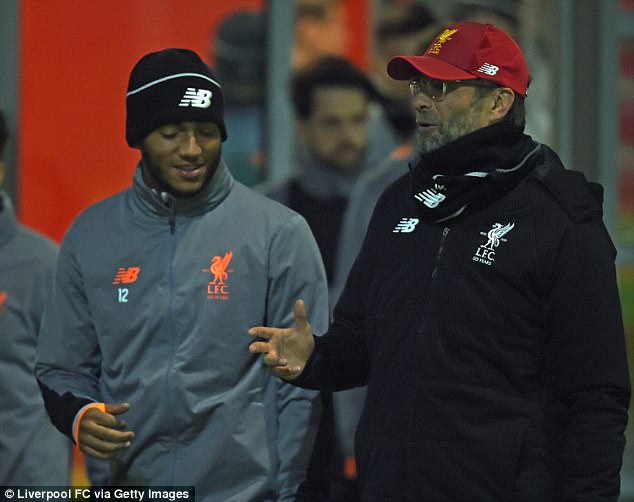 ‘It is how it is and I am really looking forward to it. We are stronger than we were when we played them but they are stronger as well, in a good moment in the league, and they have some very important offensive players back so it will be an exciting game.’

Liverpool have their own exciting attack and Klopp is expected to unleash Mo Salah, Roberto Firmino, Philippe Coutinho and Sadio Mane from the beginning and the Senegal international explained what is at stake.