By James Franey In Bucharest For The Daily Mail

Russian support for Vladimir Putin’s invasion of Ukraine has plummeted to new lows – with just one in four supporting the war, it emerged last night.

A leaked study, conducted by the Kremlin’s Federal Protective Service, showed just 25 per cent of the public supported a continuation of Putin’s so-called ‘special military operation’.

It comes as British Foreign Secretary James Cleverly called for the Russian leader to face trial for war crimes.

Data from the Kremlin study also revealed 55 per cent were in favour of peace talks, up from 32 per cent in July, opposition news outlet Meduza reported.

Only one in four Russians support Vladimir Putin’s (pictured) invasion of Ukraine and more than half are in favour of peace talks, a Kremlin study has shown

It is the latest in a string of high profile embarrassments for Russian top brass, after Ukrainian counterattacks saw the invaders rebuffed from cities across the east and most recently Kherson in the south.

The foreign ministers of Nato states have convened in Bucharest to discuss the need for air defence systems to protect Ukrainian cities from Russian missile strikes.

At the summit, which concluded yesterday, Mr Cleverly said: ‘Accountability needs to exist, not only for people on the frontline perpetrating these things directly, but right the way up the chain of command to Vladimir Putin himself.’ 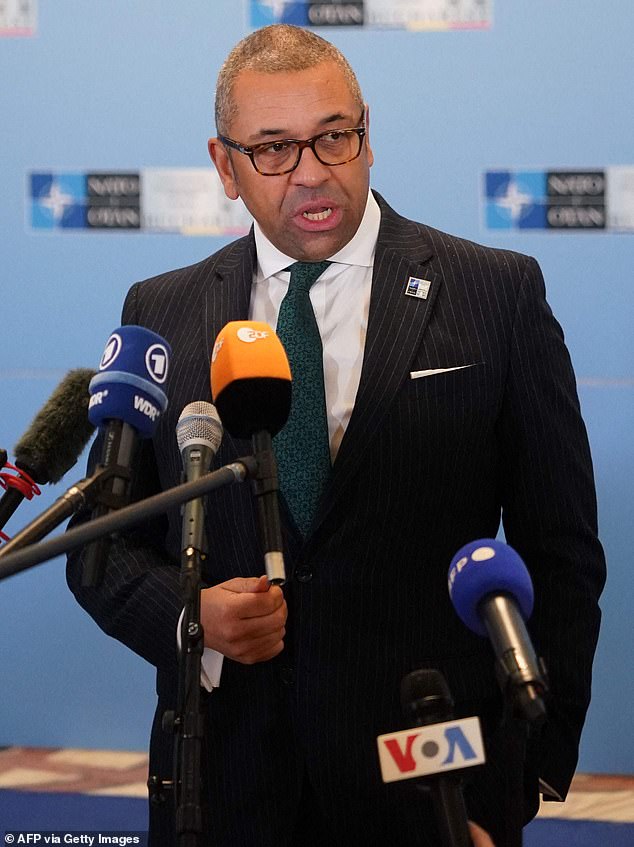 The foreign secretary said he was ‘open-minded’ as to what such a mechanism could look like. Ukraine’s president Volodymyr Zelensky has already demanded Russian perpetrators to be brought to book.

His sentiment prompted the president of the European Commission Ursula von der Leyen to say the EU would attempt to convene a UN-backed court to prosecute Russia’s military and political leaders for crimes.

The UK has already provided financial aid and expertise to help prosecutors gather evidence of possible war crimes since the invasion in February. 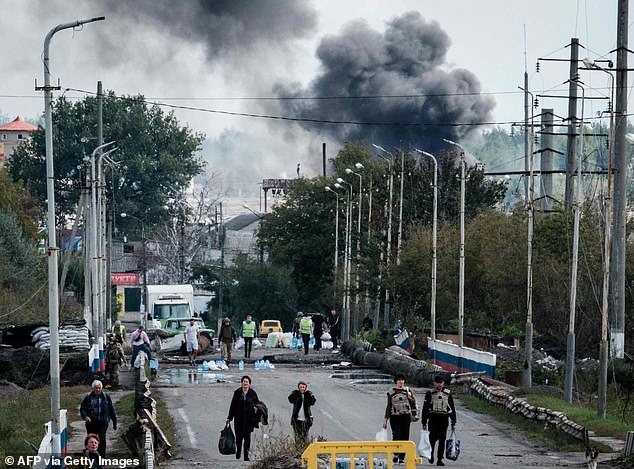 Ukraine’s foreign minister Dmytro Kuleba has issued a plea for Western Patriot missiles like those deployed on Turkey’s border to defend the country from attacks from armed groups in Syria.

Repeated Russian bombardment of energy sites across Ukraine have plunged much of the country into darkness and cut off heating supplies.

Poland wants Germany, which owns 12 batteries of missile systems called Patriots, to send the unit it has offered Warsaw to Ukraine instead.

Nato head Jens Stoltenberg said there is ‘an ongoing discussion’ about whether the request will be granted.

But Dmitry Medvedev, a staunch Putin ally, warned the West on Tuesday against providing Patriots to Kyiv, branding Nato ‘a criminal entity’.