The Juventus stars went through their final preparations on Tuesday ahead of their mouthwatering Champions League quarter-final clash with Real Madrid.

The Italian giants trail 3-0 from last week’s first leg at the Allianz Stadium and must complete one of the great European comebacks if they are to reach the last four.

Despite the uphill task they face, the players appeared in high spirits as they put the finishing touches to their match preparations. 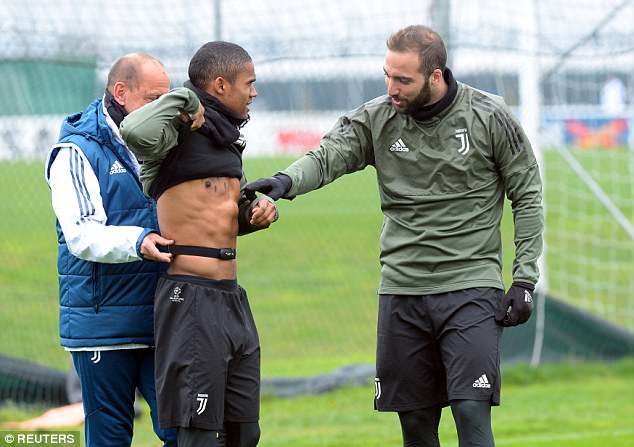 Gonzalo Higuain was among the players put through his paces in Turin, and the star clearly enjoyed the session alongside Douglas Costa.

The pair were seen joking around during the session, before turning serious as they prepared for Wednesday night’s encounter.

And Giorgio Chiellini says it is important Juventus ‘put on a good show’ despite facing almost insurmountable odds against Real Madrid. 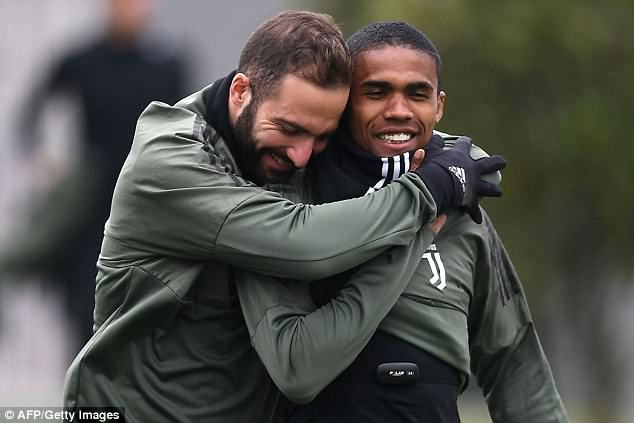 The pair were seen joking around ahead of tie in Madrid, before the session turned serious 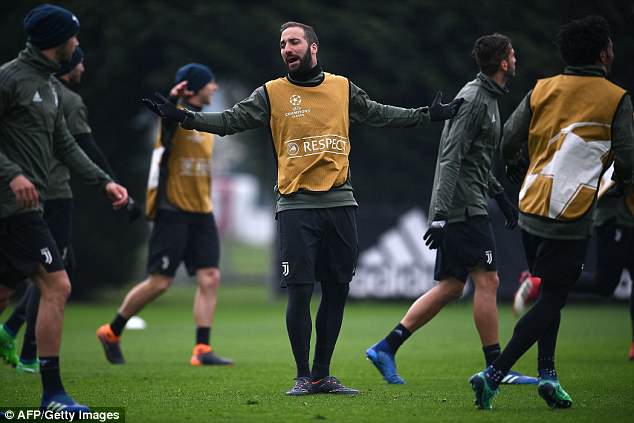 The Italian giants must overcome a 3-0 deficit against the reigning European champions in Madrid to reach the semi-finals of the Champions League.

The veteran defender knows Juventus face a daunting challenge but believes a positive performance could provide a boost for future campaigns in Europe.

He told the club’s official website: ‘For long stretches of the first leg we would have deserved much more than a draw but instead we found ourselves two goals down and a man less. 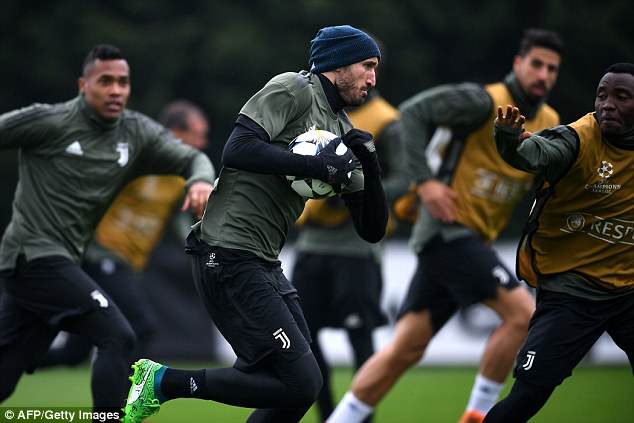 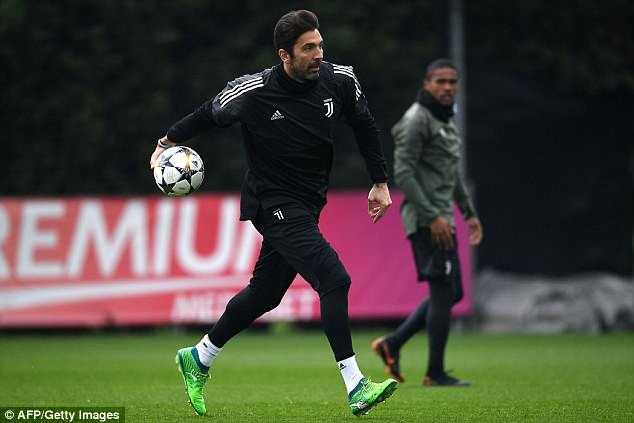 ‘We’re not crying about what happened, and we go to Madrid with the desire to play a good game.

‘In football and in life you never know what can happen, and to go there and put on a good display even in view of next year would be important.

‘We’ll treat it like a marathon, not a sprint and we’ll need to go into the game with a level head.’ 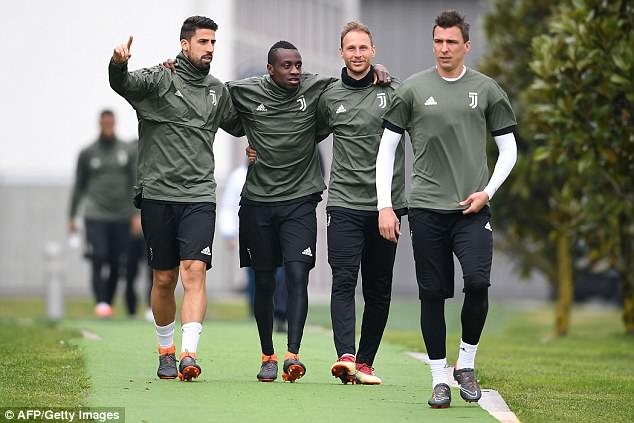 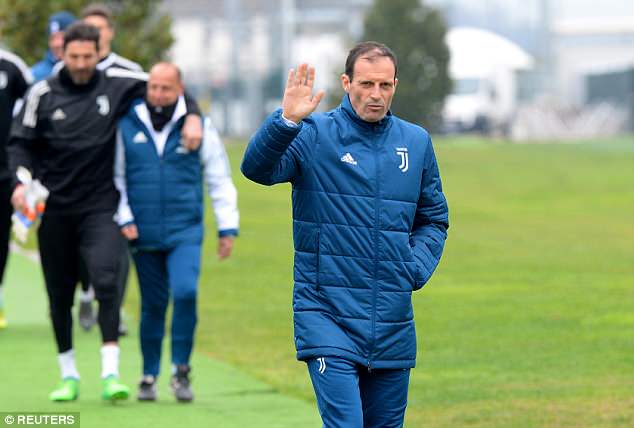