Kansas boy, 16, will get diplomas from his high school AND Harvard University in the same month

A 16-year-old boy from Kansas is set to graduate from high school and Harvard in the exact same month.

Child genius Braxton Moral is a senior at Ulysses High school and has simultaneously been taking classes at Harvard’s Extension School.

Braxton is set to get his diplomas from his high school and the esteemed Ivy League university in May. His family says they’ll head to the East Coast to attend the milestone commencement ceremony in person.

He’ll be making history as the only student to successfully pursue a four-year high school degree and achieve a bachelor’s degree from Harvard, according to The Hutchinson News.

Kansas boy Braxton Moral, 16, will be the first student to successfully pursue a four-year high school degree and achieve a bachelor’s degree from Harvard 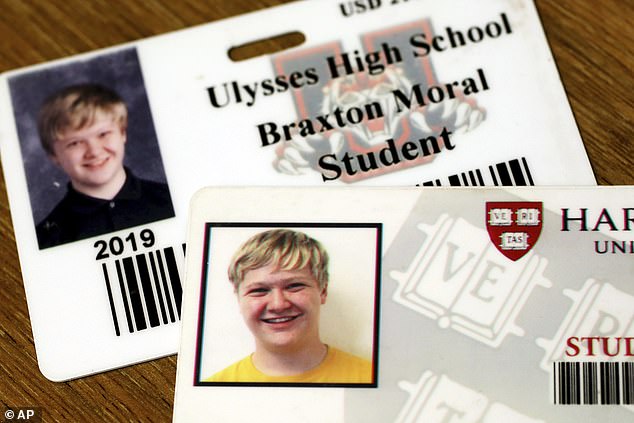 Braxton enrolled in Harvard’s Extension program when he was still in middle school. He attended his regular high school and spent his sophomore and junior year summer on Harvard’s campus in Cambridge, Massachusetts

His father says Braxton will be ‘the one and only’ pupil to boast that achievement by the age of 17.

‘To see the conclusion and the results and the rewards of that, it’s a really an exciting prospect for me,’ he added.

Despite his impressive accolades, Braxton tries to downplay his intellect.

Braxton’s family and teachers knew early on that he was a bright child. Braxton was raised in Ulysses, Kansas and is the youngest of four children.

There’s an about 10 year age gap between Braxton and his twin sisters, Brittney and Brandi, 28 and brother Bryce, 26.

His mom Julie Moral says that she’s take him to his siblings’ school volleyball games and at the age of just two or three he’d calculate the mathematical differences in the scores to the delight of families in the bleachers.

She added that during family conversations he would jump into discussions and sound just as mature as an adult.

His third grade teacher alerted the parents the Braxton would no ordinary student.

‘They told us: “You need to do something. He’s not just gifted. He’s really, really gifted,”‘ father Carlos Moral said.

His parents then took him to Seward County Community College where he was tested and the results shocked the family.

‘They thought the machine was broken. He was like off the scale, beyond an associate’s degree,’ the father said. 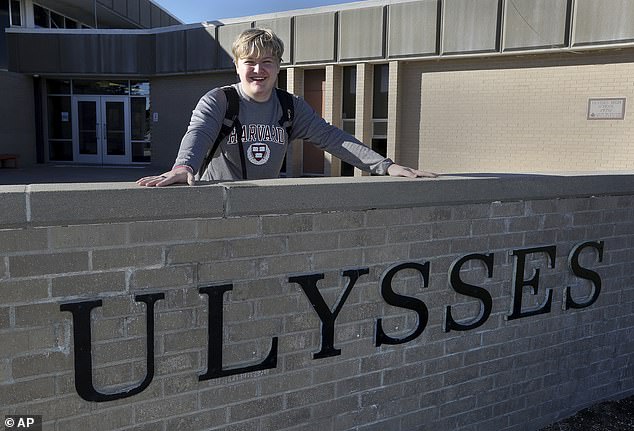 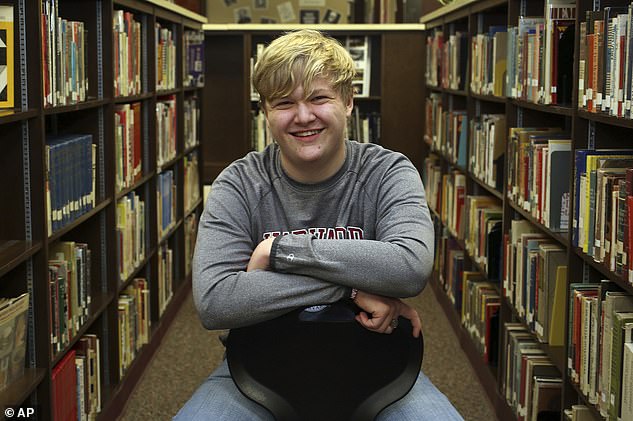 When he was just in third grade his teacher told his parents: ‘You need to do something. He’s not just gifted. He’s really, really gifted’ 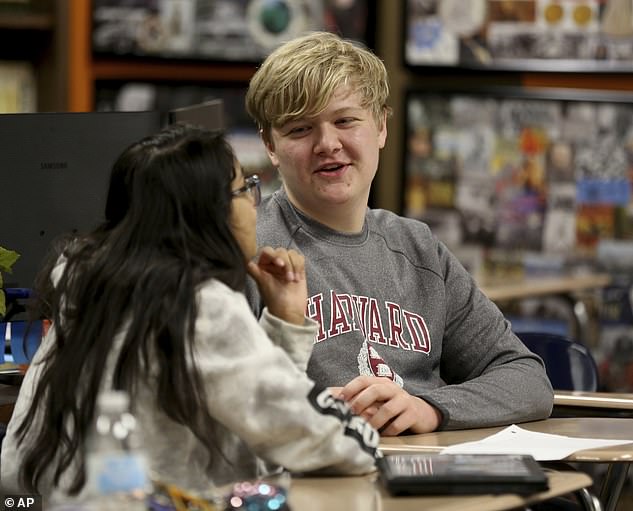 ‘Ideally, I would be going to Harvard Law School…Politics is end game for me,’ the star student said

After that Braxton skipped the fourth grade.

Despite his smarts, Braxton grew depressed at a young age.

In elementary school he was contacted by the Duke University Talent Identification Program, a non profit that helps gifted children.

‘They said he was having existential depression. It’s where you’re like, “What’s my purpose? Is there a God?” It’s something that most people have — a midlife crisis. He had it like, in fifth grade,’ Julie Moral said.

The program leaders said Braxton needed to be stimulated, which led the family to research and find the Harvard Extension School.

The extension school is a program frequented by adults who work and cannot attend classes full time on Harvard’s campus in Cambridge, Massachusetts. 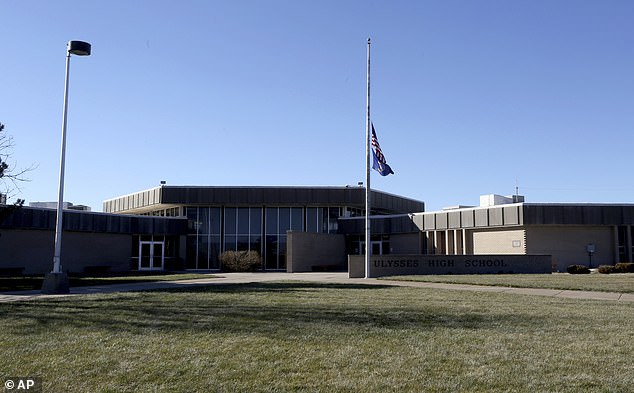 He’s the only student to successfully pursue a four-year high school degree and achieve a bachelor’s degree from Harvard at the same time. Ulysses High School pictured above

In middle school he started out taking high school classes, then courses at the nearby Fort Hays State University in Kansas.

Soon afterwards he was admitted into Harvard and devoted his time to studying government in his bachelor of liberal arts, all while he was still in middle school.

He took classes online and spent his sophomore and junior year summers at Harvard’s campus.

The sky’s the limit for the ambitious student who wants to enroll in Harvard’s Law School next.

The genius has hopes to one day enter politics and maybe even become the president, all the while he’s still too young too vote.

‘Ideally, I would be going to Harvard Law School…Politics is end game for me,’ he said, citing former presidents Ronald Reagan and Dwight Eisenhower as his role models.

‘I told him, he can do whatever he wants, as long as he changes the world and makes it better,’ his doting mother said.