Kanye West couldn’t let 2018 come to a close without one more rant on Twitter.

The 41-year-old rapper took to his favorite social media platform Sunday night to reflect on the last year.

Ye, wife Kim Kardashian, their three children and several members of her family are currently ringing in the New Year together in Aspen, Colorado.

Final words: Kanye West took to Twitter on Sunday night for one last rant before closing out the year and told fans he is ‘drug free’ – he and his family are currently vacationing in Aspen

Arguably the year was a lot of things for Kanye but beautiful might not be the word many would use to sum it up.

‘I got to be myself and nobody had to “let me,”’ he tweeted.

Kanye opened up this year about his battle with mental health and revealed he had been diagnosed with bipolar disorder. 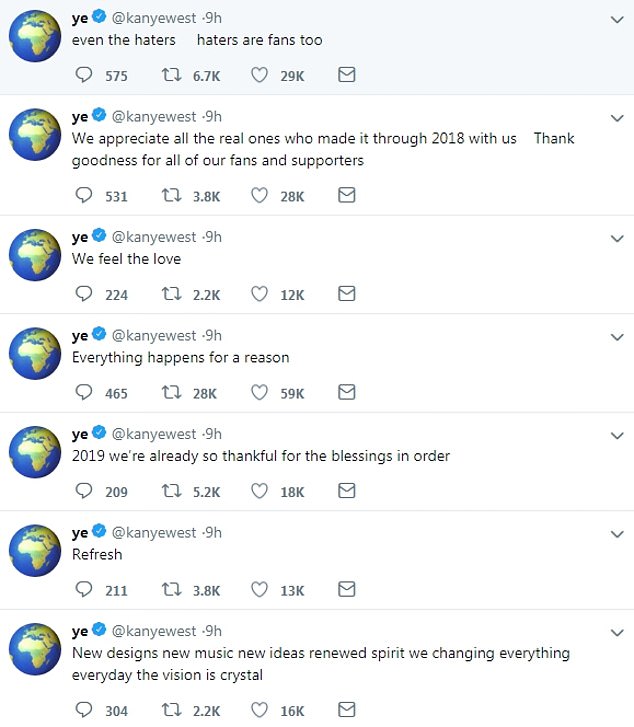 Grateful: The rapper explained that he is already looking ahead to next year and is ‘thankful for the blessings’ that will come in 2019 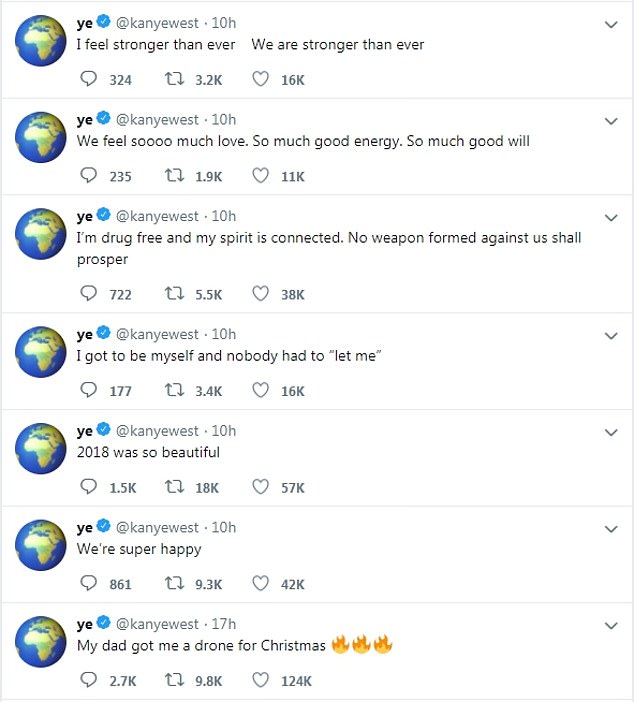 Doing well: In his rant Ye explained that he is not on any medication and is ‘super happy’ and ‘stronger than every’

Later, he claimed that he had been misdiagnosed and was actually just exhausted.

Over the last few months the star told fans numerous times that he had stopped taking his medication, a claim he doubled down on during his most recent rant.

‘I’m drug free and my spirit is connected,’ the rapper said. ‘No weapon formed against us shall prosper.’ 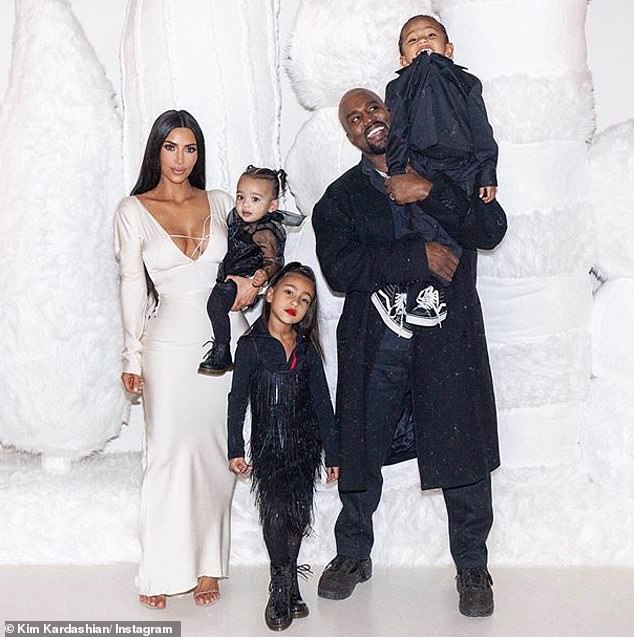 Big year: Kanye opened up about his struggle with mental health issues this year amid a seemingly endless string of erratic behavior

Looking forward to the year ahead, Yeezus appeared grateful for what is to come.

‘2019 we’re already so thankful for the blessings in order,’ he wrote.

Adding: ‘Everything happens for a reason’

Much has happened over the last year for the designer and, as one fan put it, it was ‘a rollercoaster.’

The fans: On fan called out the year’s ups and downs with the rapper but stuck by him in the end; Kanye re-tweeted the sentiment on his page

‘Being a kanye fan this year has been a rollercoaster, but i wouldn’t trade it for anything,’ the fan tweeted which earned a re-tweet from the rapper.

Some of the high points in his year included welcoming his beautiful third baby into the world, Chicago, via surrogate with wife Kim Kardashian and dropping a new album.

‘We appreciate all the real ones who made it through 2018 with us Thank goodness for all of our fans and supporters,’ Kanye tweeted. ‘even the haters haters are fans too’

Ye had plenty of haters over the last few months. 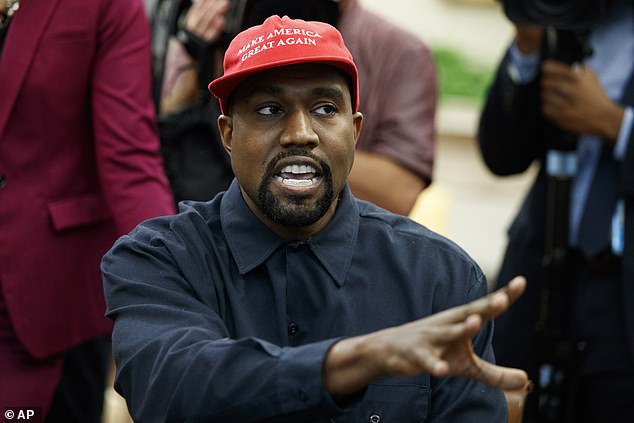 Between his long running feud with rapper Drake and his MAGA hat wearing support of President Donald Trump, Kanye fans have been through some ups and downs with the star.

At one point during the year he flew off the handle during a segment on TMZ where he referred to slavery as ‘a choice.’

Later, the I Am A God rapper advocated for an end to the thirteenth amendment to the US Constitution which abolished slavery.

During a social media rant earlier this month, during which Ye told fans he was not actually ranting, he explained that he can’t be creative while on medication. 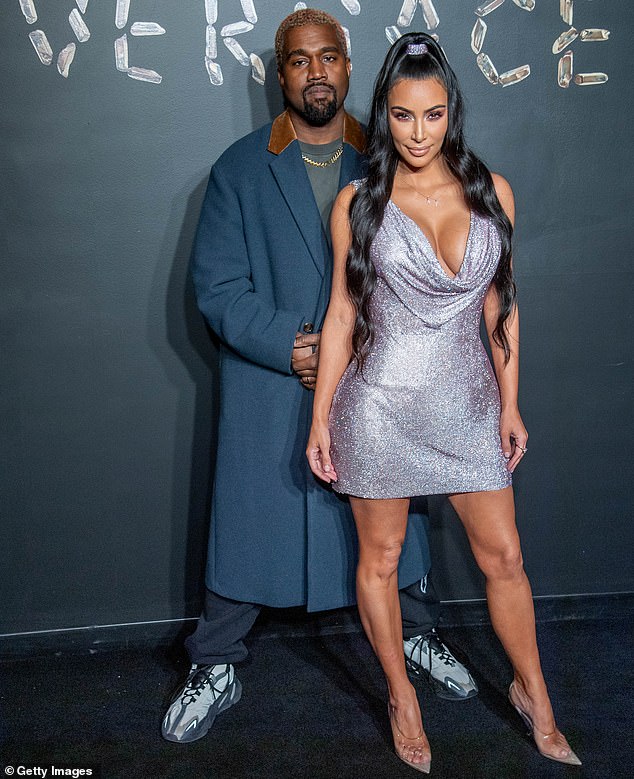 Creative vibes: In several of his statements over the last year, Kanye claimed that he can’t create music the way he wants to when he is on any kind of medication

‘You don’t make runaway on medication Even alcohol is and addictive substance called spirits that actually block our earthly connection to our spirit when we drown ourselves in it,’ he revealed.

Adding: ‘I cannot be on meds and make watch the throne level or dark fantasy level music’

The topic of mental health has been at the forefront of Kanye’s sentiments recently and despite his earlier claims of exhaustion, the star is fervent in his desire to remove the stigma around those who suffer.